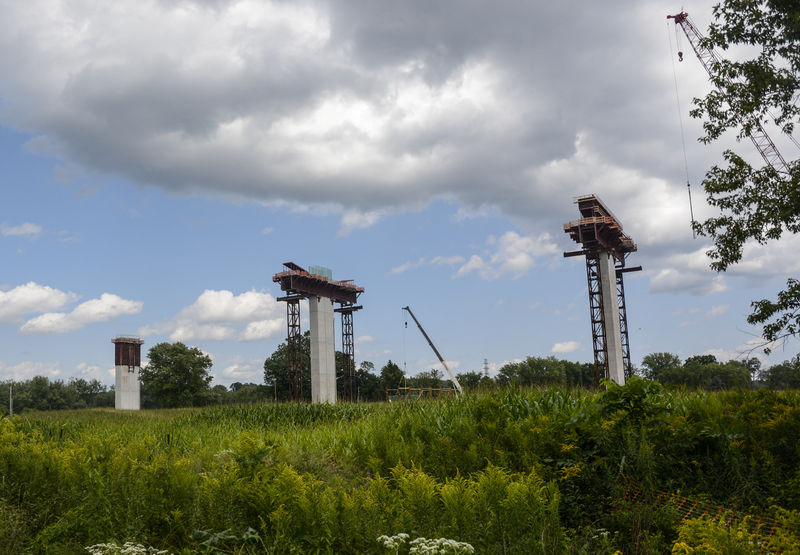 Support columns, from left, six, five and four for the Thruway project are in various stages of completion. 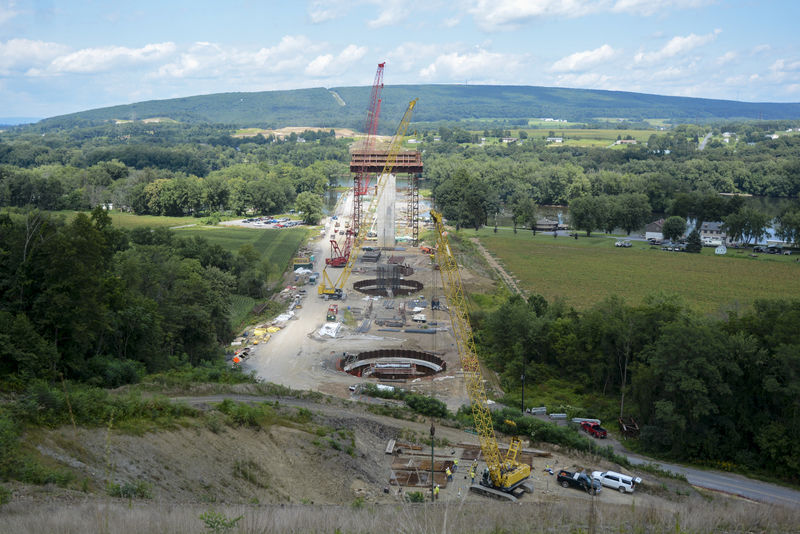 Construction on support columns are in various stages of completion for the CSVT on Thursday afternoon. 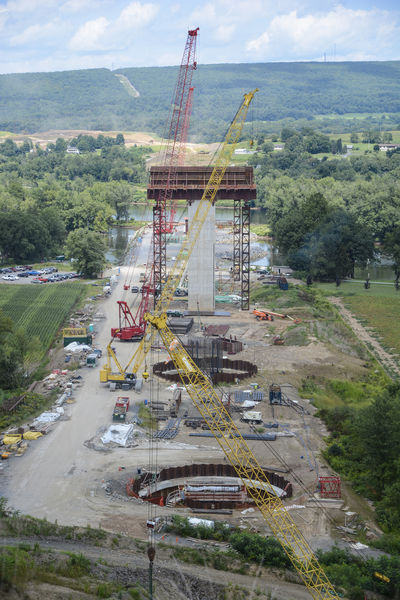 Construction on support columns for the river bridge are in various stages of completion for the Thruway project. 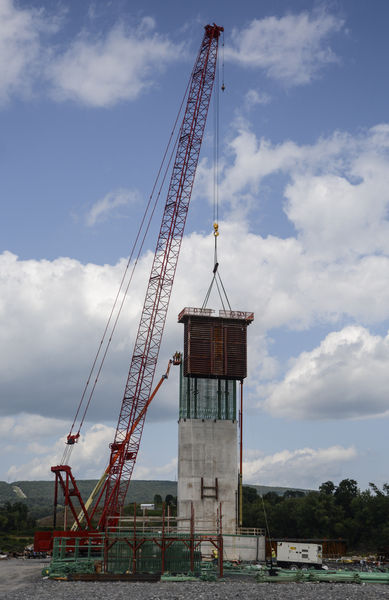 A crane lifts a form into place on a support column on the CSVT project on Thursday afternoon.

Construction along Route 11&15 near winfield for the Central Susquehanna Valley Thruway in August, 2017. 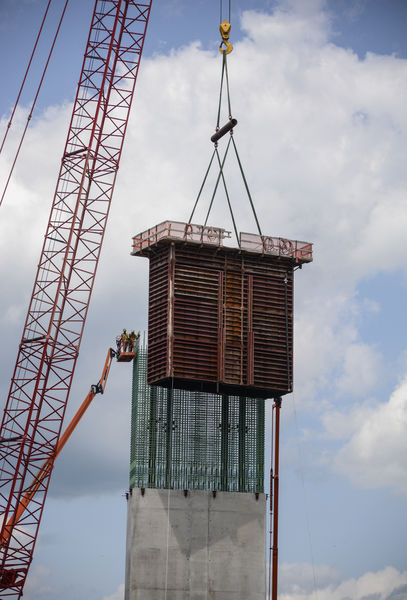 A crane lifts a form into place on a support column on the CSVT project on Thursday afternoon.

The river bridge which will connect the Winfield side of the Central Susquehanna Valley Thruway to Northumberland County is photogenic even while under construction.

Concrete and steel columns — what bridge engineers call piers — that look like enormous silos rise majestically 140 feet into the sky, and if you stand at the bottom of the pier, at what’s called a footer, and look up, the pier looks to touch the clouds.

This is the part of the CSVT project most Valley residents don’t see.

Drive past the construction zones on either side of the Susquehanna River, the work being done on the Winfield and Point Township interchanges, and tons of dirt have been removed to make way for the eventual on and off ramps to the bridge — the so-called interchanges on the Northern section of the CSVT.

The river bridge project is due to complete by June 2020, said Pennsylvania Department of Transportation spokesman David Thompson, on Friday.

The Daily Item on Thursday was allowed to go into the heart of the bridge project, where Trumbull Construction Company, of Pittsburgh, the main contractor, is building the bridge structure.

“We’ve started construction on piers one to eight,” said Jeremiah Gonzalo, the PennDOT River Bridge project engineer. “Nine through 14 have not been started yet.”

Piers one to eight are on the Winfield side of the Susquehanna; nine to 14 are on the Northumberland County side.

All bridges need a foundation, which is rested on the bed. The supporting columns, referred to by bridge engineers as “piers,” are constructed over these foundations, on which the superstructure is finally laid, Gonzalo explained. The piers vary in height. Pier four, for example, is approximately 140 feet tall; when construction of the pier is completed, it will be 180 feet tall. The tallest of the piers, number two, will be 200 feet tall. “But you won’t see all the 200 feet. ... It’s 200 feet from the bottom of the footer to the top of the deck,” Gonzalo said.

The piers are built in 28-foot tall sections. A steel frame is lifted by crane to the upper sections. Once secure, concrete goes into a crane bucket. It goes up and then is poured up top. “You can’t build sections with concrete on the ground, and then lift it up. The weight is astronomical.”

Once complete, the river bridge over the Susquehanna will be taller than such well-known bridges as the Ben Franklin and Betsy Ross bridges, from Philadelphia to New Jersey —135 feet — and the Brooklyn Bridge —135 feet.

The Brooklyn bridge height of 135 feet would be the “under clearance,” Gonzalo explained. “Top of water to bottom of bridge deck our tallest pier will be approximately 180 feet above existing ground level.” It would be approximately 200 feet if you measure the entire structure from top to bottom, including the height that is underground, he said.

According to Wikipedia, the CSVT bridge would be approaching the top-5 highest in Pennsylvania.

“That is fairly significant,” Gonzalo said in an email, “considering there are over 25,000 state-owned bridges. The Walt Whitman and Ben Franklin bridge in Philadelphia have bridge deck heights less than 180 feet. However, those bridges have much taller piers than ours.”

Work will continue throughout the winter months, Gonzalo said, “although there will be some conditions where workers cannot proceed.”

One of those conditions, even now, are days when there is high wind velocity.

“That would be dangerous at those heights,” Gonzalo said.

The cost of the river bridge is estimated at $156 million, Thompson said.