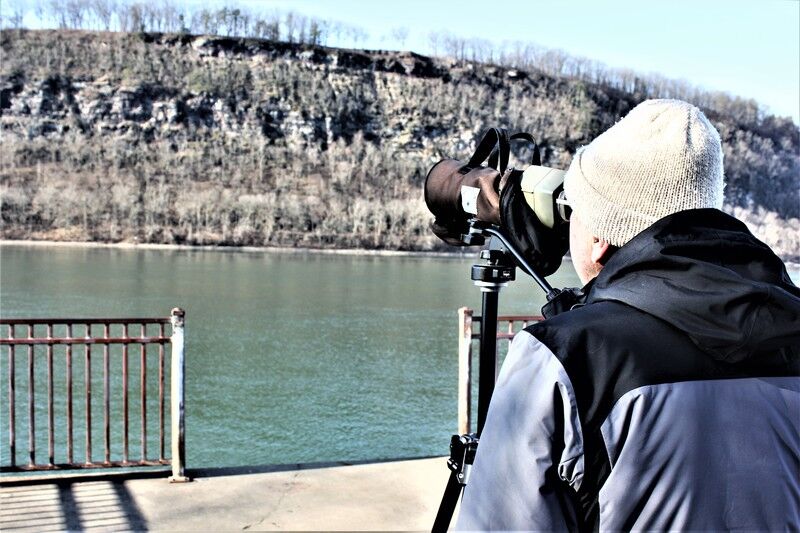 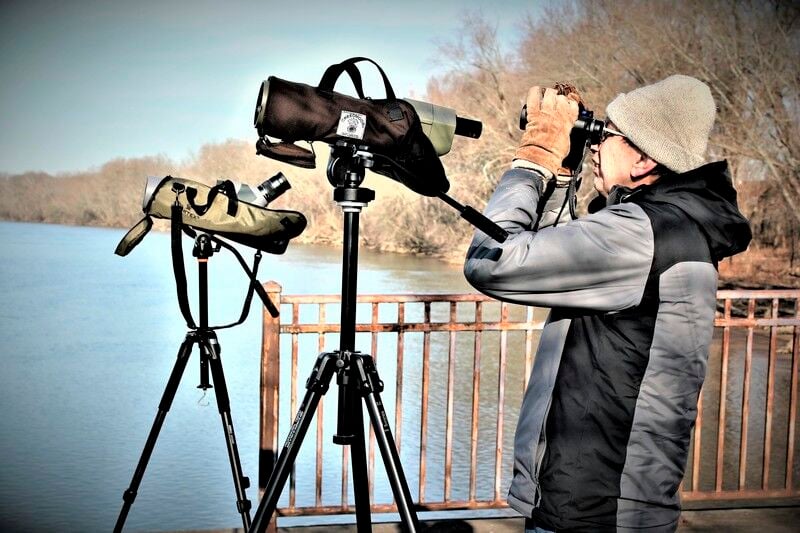 LEWISBURG — The European Starling was the most spotted bird in Union County during the National Audubon Society Christmas Bird Count (CBC) on Dec. 29 but the 43 observers also reported seeing two birds they hadn't seen in more than two decades.

The Starling was spotted 2,114 times among 64 species, but the observers also saw the first Evening Grosbeak since 1999 and the second occurrence of Common Redpoll in 25 years, according to Allen Schweinsberg, compiler of the local Seven Mountains Audubon chapter. David Hafer spotted the Grosbeak and Michael McGuire spotted the Redpoll.

"We were not surprised, but quite pleased," said Schweinsberg. "It wasn't certain we'd see them, but we knew they were in Pennsylvania. We managed to get those two special birds."

The Common Redpoll was hanging out with Pine Siskins near the East Buffalo Township duck pond. It was a good year in 2020 for Northern Finches, which includes the Common Redpoll. Several species that nest in Canada head south, presumably due to a low food supply, said Schweinsberg.

In the 25-year interval from 1968 through 1987, the group averaged over 240 Evening Grosbeaks per year with a high count of 1,628 in 1978. They were more common than House Sparrows that year. It’s not completely understood why grosbeaks exploded, then declined sharply, in the 20th century, according to the report.

A comparison with 2019, which was the best year in quite some time, shows that in addition to the grosbeak and redpolls they added Wilson’s Snipe, Yellow-rumped Warbler, Field Sparrow, Savannah Sparrow, Purple Finch, and Pine Siskin.

Conversely, birds that they found last year but not this year, were many. These included Mute Swan, Wood Duck, Gadwall, Bufflehead, Common Goldeneye, Ring-necked Pheasant, Ruffed Grouse, Wild Turkey, Herring Gull, Barred Owl, Red-headed Woodpecker, Merlin, Peregrine Falcon, and Fox Sparrow. Mike Molesevich did report a peregrine in 2020 – one day after the count, according to the report.

Molesevich, of Lewisburg, who has been participating for about 40 years, said the 2020 event was different than in previous years. Due to COVID-19, Molesevich didn't go with anyone else and the event took place on a weekday instead of the weekend due to weather-related issues postponing the original date.

He said he missed the camaraderie, but noted, "it's always nice to get out and see birds."

Most notably, Molesevich said he spotted a Great Blue Heron along Penn's Creek that was flying in the same direction and eye level as his vehicle.

Few species were found in large numbers. Steve Anderson spotted 15 Tundra Swans high overhead, an all-time record number. Bald Eagle at 22, Red-breasted Nuthatch at 37, and Common Raven at 31 were the second, second, and third highest tallies, respectively, since the Lewisburg count began in 1949.

Eagles are conspicuous and wide-ranging, so some of the 22 eagles may be duplicates. Also, two observers, not far apart, each reported exactly five Black Vultures, so it is reasonably safe to assume they were the same birds, said according to the report.

The 43 observers were scattered into 18 groups in a 15-mile diameter circle with the focal point in Vicksburg, Buffalo Township, Union County. The observation takes place in parts of Northumberland and Union counties, he said.

Schweinsberg said he and his wife, who have been doing it since 1974, started at 5:30 a.m. and spent nine hours altogether observing the birds. The start and end times for other observers vary—some start at daylight and only go for a few hours, others will do it all day.

Audubon has been counting species in this manner in a two- to three-week period around Christmas for more than 100 years. The local chapter has been in existence since 1949.