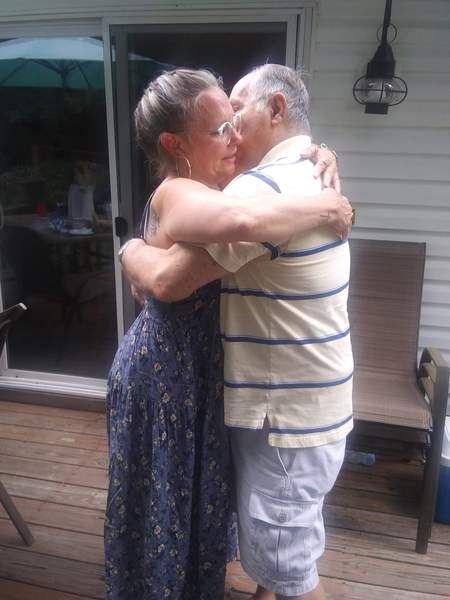 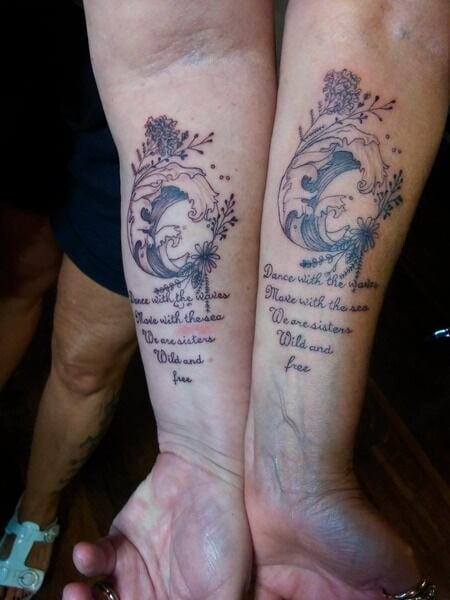 Beth Port and Sue Hollenbach got matching tattoos after the long lost sisters united for the first time last summer. 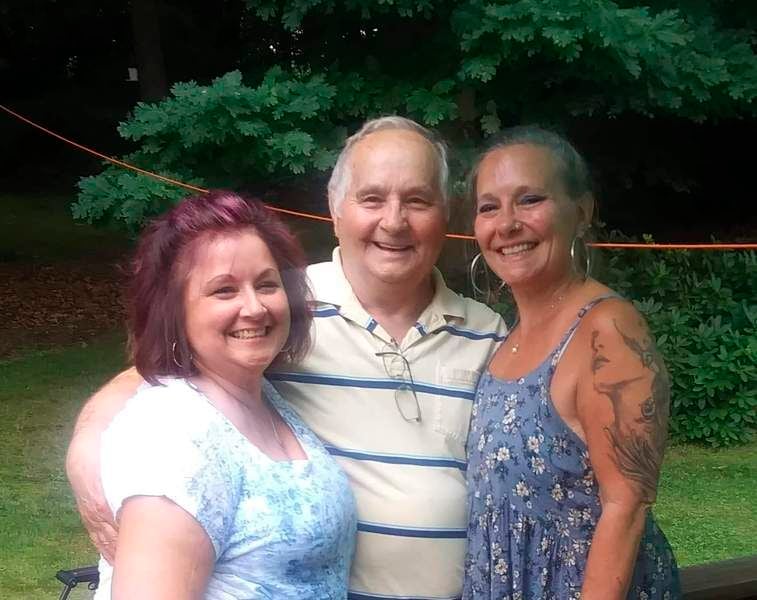 Beth Port and Sue Hollenbach got matching tattoos after the long lost sisters united for the first time last summer.

Beth Port wondered for years about her father, a man she never met. Sue Hollenbach wondered, too, about the sister she believed to be stillborn.

Decades passed before curiosity turned to knowledge. Sue learned her sister was alive and well. Beth learned her father was just a 90-minute drive away. All three met last summer for the first time.

Sisters Beth and Sue grew so close so quickly, it was as if no time passed at all. Time was running short for the sisters and their father, Ronald Hollenbach. Within five months of finally coming together, Ronald contracted COVID-19. He died Dec. 12 at the age of 76.

They’re devastated at Ronald’s death but grateful they were able to connect before it was too late.

“It was a gift; divine intervention, absolutely. We’re not supposed to question why,” said Sue, 56, of Kreamer.

“Believe me, I have. God and I have had that talk, believe me,” followed Beth, 58, of Huntingdon.

Beth was adopted. Her mother made the decision. Her father didn’t know, according to Beth and Sue. They said he’d been told Beth was stillborn.

Beth and Sue both played flute in high school. They both worked at a Wendy’s. They both now work in banking. They each have two children, and their children are the same ages: 35 and 32.

Beth balked at tracking down her biological parents. She wanted to thank them. She’s lived a good life. She worried her curiosity might somehow cause trouble. So she held off a long while before deciding to track down relatives on her mother’s side. She confirmed information she found on Ancestry.com with a pre-adoption birth certificate she requested through the state. She did learn something new, her birth name: Esther Jane Mull.

"It's a real kick in the ... to see your birth certificate with 'someone else's' name on it. It's like, is that who I am supposed to be?" Beth said.

Beth connected with siblings in May but learned her mother died two years prior. She'd soon learn that her sister, Fawn Picton, on her mother's side, worked with Sue’s son, Kevin Hood. They were put in touch.

Sue and Beth met in Huntingdon last June. Fawn, Kevin and others joined. They hit it off immediately.

“The minute I saw her I knew she was my sister,” Sue said. “It was like it was always there.”

Ron was shocked. Sue said he turned white when she broke the news. A family picnic at Sue’s parents’ house in July brought Beth and Ron together.

“I was standing on the deck. He came walking across the yard,” Beth said, describing the moment she saw her father for the first time. She worried what he might think of her. She worried he might judge her for her tattoos or loud personality. She’d learn that same personality was part of his own.

“He walked up, we said ‘hi’ and we just hugged each other. He whispered in my ear, ‘oh, you have a little bit of Connie in you,’” a reference to Beth’s late mother. “I loved him right away. I’ve loved him all my life because he gave me life.”

Beth said she and Ron talked by phone after that meeting just about every other night. The sisters keep in touch with phone calls and text messages in between, and eventually got matching tattoos.

Thanksgiving came. The day after, Ron felt dizzy. Sue, who lives next door, figured he over-exerted himself chopping wood. Maybe he caught a cold. On the Saturday after that holiday, Beth had visited as planned to share a meal but found her father laid up and looking ill. Sue was concerned enough to take Ron to the Emergency Department at Evangelical Community Hospital in Lewisburg.

Ron told Sue he was diagnosed with a “mild” case of COVID-19 and was allowed to go home. His health didn’t improve. By Tuesday, Sue called an ambulance and informed them of his diagnosis. He was taken back to the hospital.

According to the sisters, Ron was given oxygen. On Dec. 4, he would be put on a ventilator. They were able to connect with him by Skype the day before.

Sue said Ron dearly loved his family. That extended to Beth. Ron had a big personality, they said, a loud one, too, and no filter. That extended to his daughters, they described with a laugh. He was a social butterfly. His obituary, which the sisters wrote, said he was kind, caring and had a “wild streak.”

They laughed recalling that Skype call.

“You know it could be the last time you talk to that person. Nobody wants to address the elephant in the room,” Beth said.

Ron had a secret for them both. He was insistent: check his chair, there’d be an envelope tucked into it with winning lottery tickets inside.

“‘You need to get those. Now, don’t forget to get my winning lottery and go cash them in,” Beth said, laughing with her sister, recalling her father’s words. “We made money.”

Sue and Beth wonder if Ron might be alive if they’d been given more detailed directions on how to care for their father after he was released. They’re still not sure what the rules are for how COVID-19 patients are admitted or not. But they expressed understanding that front-line hospital workers are overwhelmed. They’re not sure any kinds of specific instruction would have led to a better result.

Sue’s now worried for her mother, Grace. Ron was her primary caregiver since 2013 when she suffered a traumatic brain injury. Less than one week after her husband’s death ending their 56 years of marriage, Grace was also diagnosed with COVID-19. She’s living in a nursing home and so far, Sue said, she’s doing OK.

They’re leaning on friends and family, old and new. They’re leaning on each other. Once the pandemic eases, Sue said she looks forward to catching up at family cookouts. Beth hopes to take her sister to the beach. They both plan to uncork a few bottles of wine together.

They talked about how their own children connected with one another. After Ron’s funeral, Sue and Beth said their kids sat together at a table and talked and talked. Sue felt like it was the worst day of her life as she prepared to attend Ron’s service. She didn’t feel that way later in the day.

“The love was just awesome. It didn’t turn out to be that bad of a day,” Sue said.

“Five months sucks but honestly, it was five months I’d never have had if I didn’t do what I did,” Beth said, recalling how she finally got to hug her dad and tell him she loved him. “We had so much fun. I found my sister. We definitely have a bond forever.”