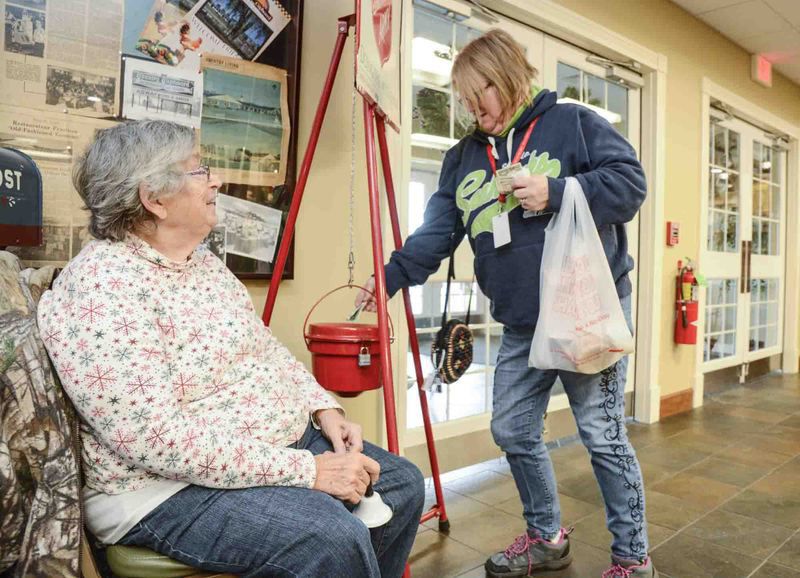 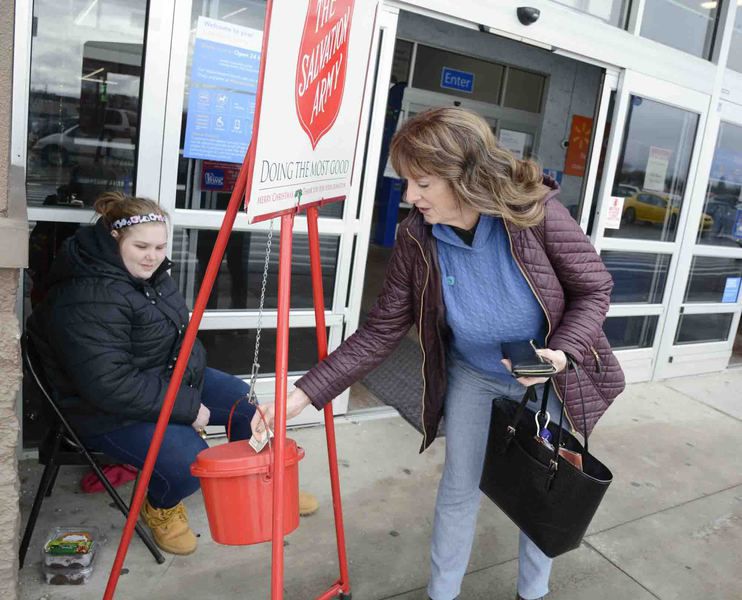 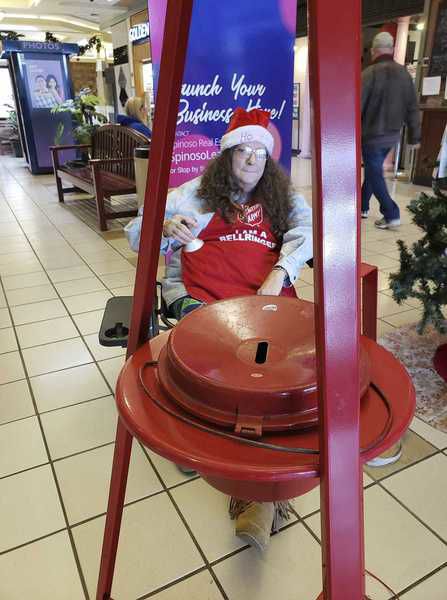 Janet Matters, of Sunbury, volunteers as a bell ringer for the Salvation Army Kettle Drive at the Susquehanna Valley Mall.

Janet Matters, of Sunbury, volunteers as a bell ringer for the Salvation Army Kettle Drive at the Susquehanna Valley Mall.

LEWISBURG — After losing her husband of 64 years in June, Nancy Aikey looked for a way to spend her time and give back to the community.

The 80-year-old Milton woman decided to volunteer as a bell ringer for the Salvation Army's annual Kettle Drive. She said she loves every moment of it.

"I lost my husband six months ago, so the house is lonely and he's not there to yell at me," Aikey said with a smile at the Country Cupboard location for the Kettle Drive. "With him not in the house, this helps me get out."

Aikey, whose husband Nevin Aikey Jr., 82, passed away on June 14, said she was having trouble getting her late spouse's social security benefits transferred to her, so she got a job at Suncom working on the cleaning crew. She and her husband originally retired from there three years ago.

Aikey said this is her first year as a full-time bell ringer, but she would often see other bell ringers and volunteer to take over for a few minutes so they would get a break. At age 80, she has to sit as she rings the bell due to arthritis and recovering from a triple bypass heart surgery three years ago.

"I enjoy doing this," she said. "A lot of people who don't have much of a Christmas and have children, this helps them. And I love children. I love seeing the little ones putting the money in the bucket."

"This is life," she said. "It keeps you busy and it's the way things are."

Joel Harris, the community coordinator for the Salvation Army offices in Sunbury and Milton, said the goal this year is $100,000 — $40,000 for the Milton office and $60,000 for the Sunbury office.

"We did anticipate starting behind this year," said Harris. "A lot of our major box stores like Big Lots and Walmart and Boscov's don't allow us to stand until Black Friday, but we are anticipating that it will balance out."

Having six fewer shopping days between Thanksgiving and Christmas does not worry Harris. The challenge, he said, is collecting while people continue to do more online shopping.

Harris said the Salvation Army is still in need of volunteers and groups to support the effort. There are 10 volunteer bell ringers, not including businesses or organizations such as the Milton and Sunbury Rotary, Milton Lions Club and Sunbury Kiwanis.

"It's just something I wanted to do," said Matters. "I wanted to give back because they gave to us. We were living on disability and Social Security and we weren't making ends meet. The Salvation Army helped us."

Walmart, Country Cupboard and Community Aid are the biggest locations. The support from the Susquehanna Valley Mall continues to be surprising, said Harris.