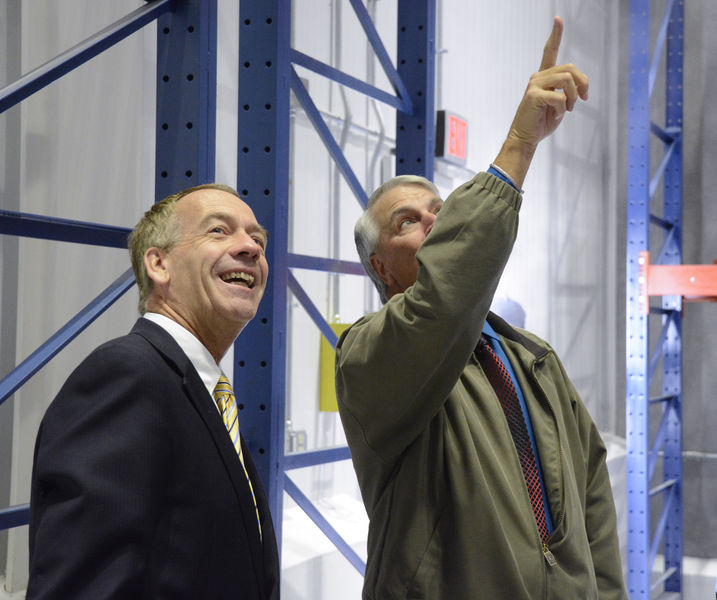 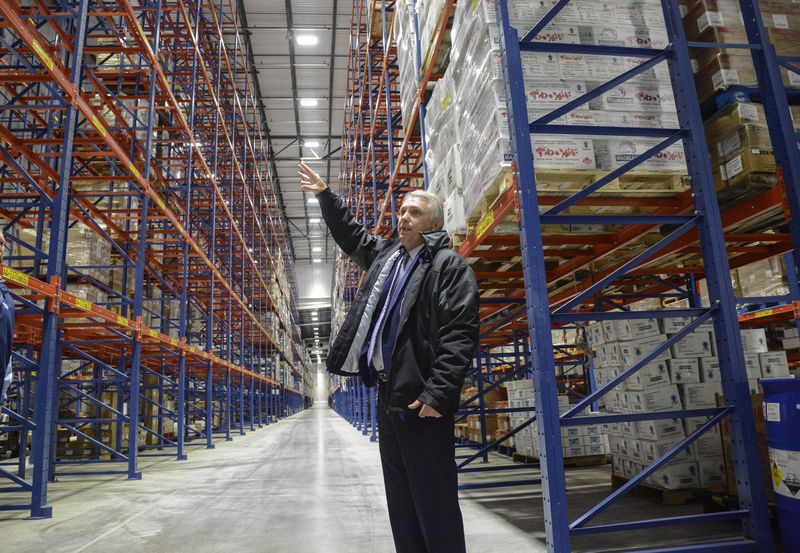 Joseph G. Kleman, VP of Distribution for Weis Markets, talks about their addition to the distribution center in Milton on Tuesday. 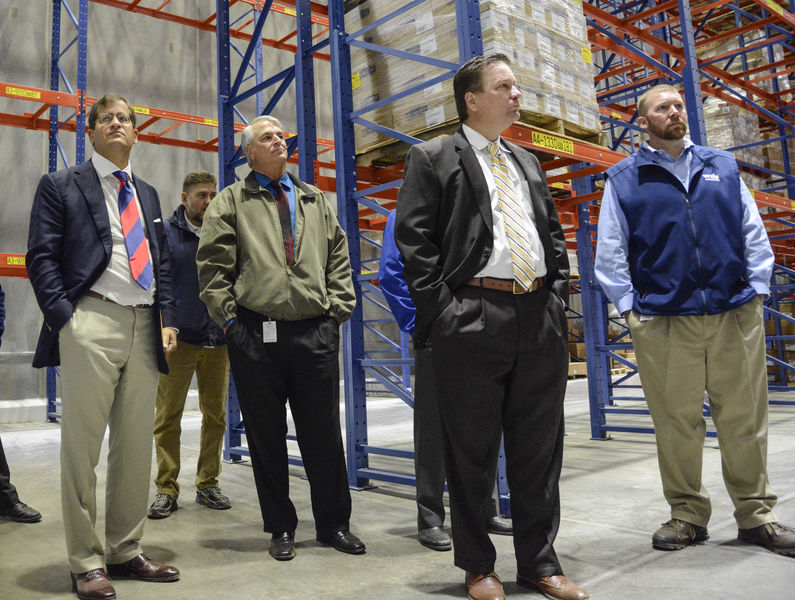 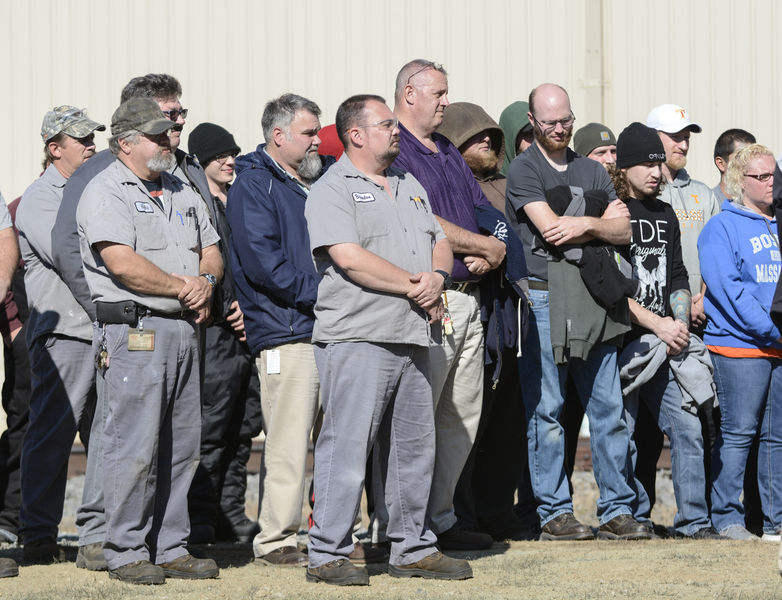 Joseph G. Kleman, VP of Distribution for Weis Markets, talks about their addition to the distribution center in Milton on Tuesday.

MILTON — Weis Markets held a ribbon-cutting ceremony Tuesday to officially open the 210,000-square-foot expansion of its distribution center in Milton, bringing the size of the location to 1.3 million square feet — roughly the size of 28 football fields.

During the event, Chairman and CEO Johnathan Weis told staff and dignitaries that the expansion provides additional dairy, deli and cold storage for frozen foods and further streamlines the growing company's supply chain.

"With this expansion, we're enhancing our company's productivity and viability, and improving our company's competitiveness," Weis said. "We also plan to continue expanding this distribution center as our company grows, providing new job opportunities for people in the Central Susquehanna Valley. To us, that's very important."

The expansion, which supplies 204 Weis Markets locations in its seven-state market area, provides all stores with an increased variety of products. In 2018, Weis will begin the expansion of the distribution center's produce storage area.

The upgrades and modernization of the facility come at a time of record growth for the company, according to officials. It expanded its footprint by roughly 25 percent in 2016 with the acquisition of 44 new stores. As a result of its growth, Weis has added 150 full-time jobs at the distribution center, bringing the total number of full-time associates at that location to 900.

Weis said the expansion also helps the company to realize its mission of reducing its environmental impact. The new expansion includes sustainability measures, such as the use of ammonia refrigeration system, which allows Weis to reduce the use of refrigerant moving forward. It also streamlines the company's supply chain, allowing the company to reduce diesel fuel usage by more than 23,000 gallons a year.

State Sen. John Gordner, R-27, said $1 million in competitive economic development money from the state was used to assist the Weis project. In order to be successful with the grant program, a company must be able to match or exceed the allocation, use the money for an economic development project, retain jobs and create more jobs.

Gordner praised the Weis family for 105 years in the region.

"Thank you for what you do," Gordner said. "We are pleased as the Commonwealth of Pennsylvania to be a partner. We hope to be able to partner again in the continued success and future success here in Milton and throughout the seven-state area."

Weis thanked Gordner and state Rep. Lynda Schlegel Culver, R-108, who could not attend, for their support of the facility's expansion.