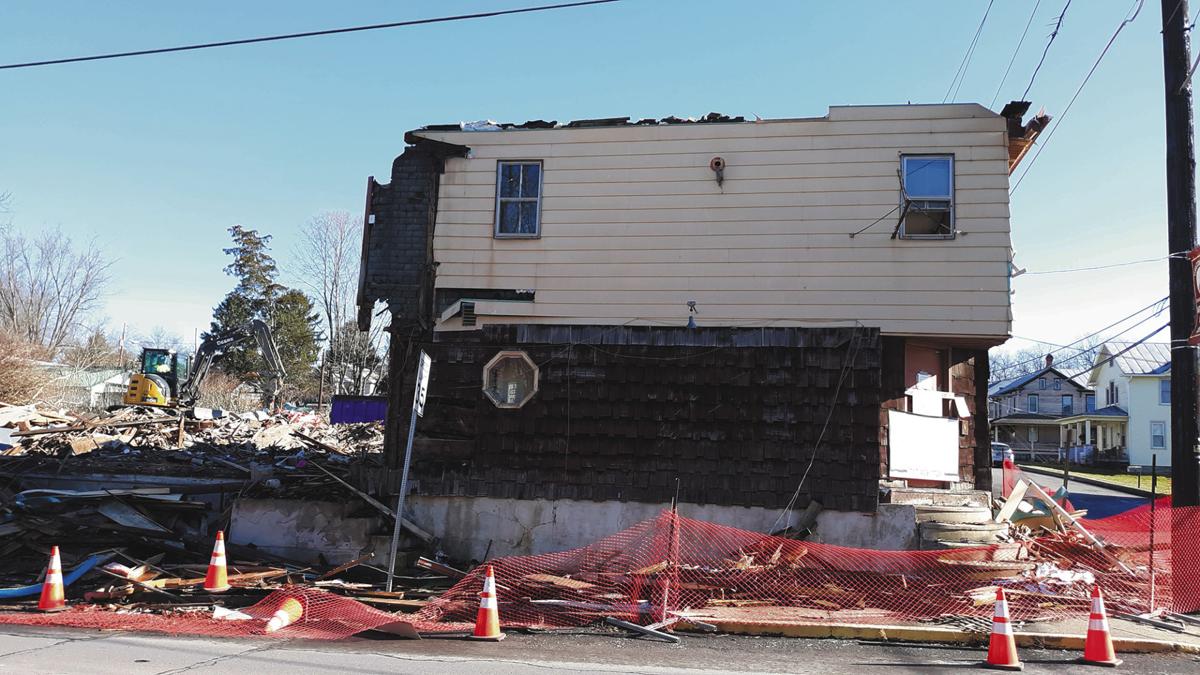 A log cabin was uncovered among debris from a former bar in Washingtonville. 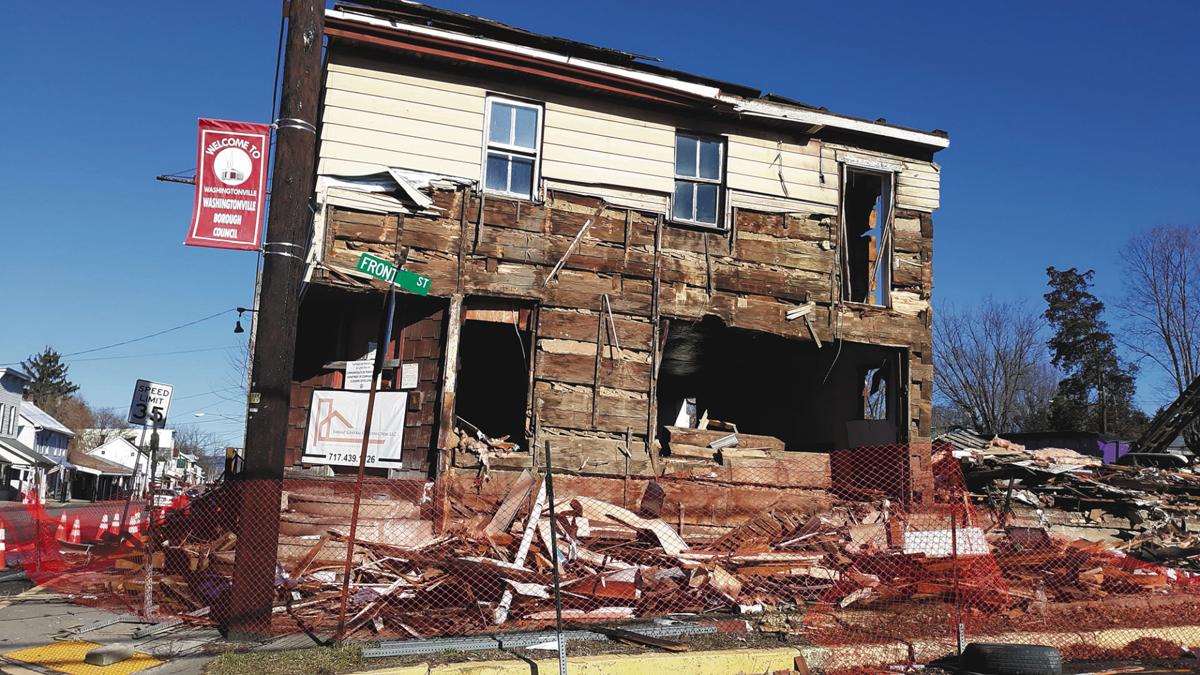 A log cabin was uncovered during demolition of a former bar in Washingtonville. 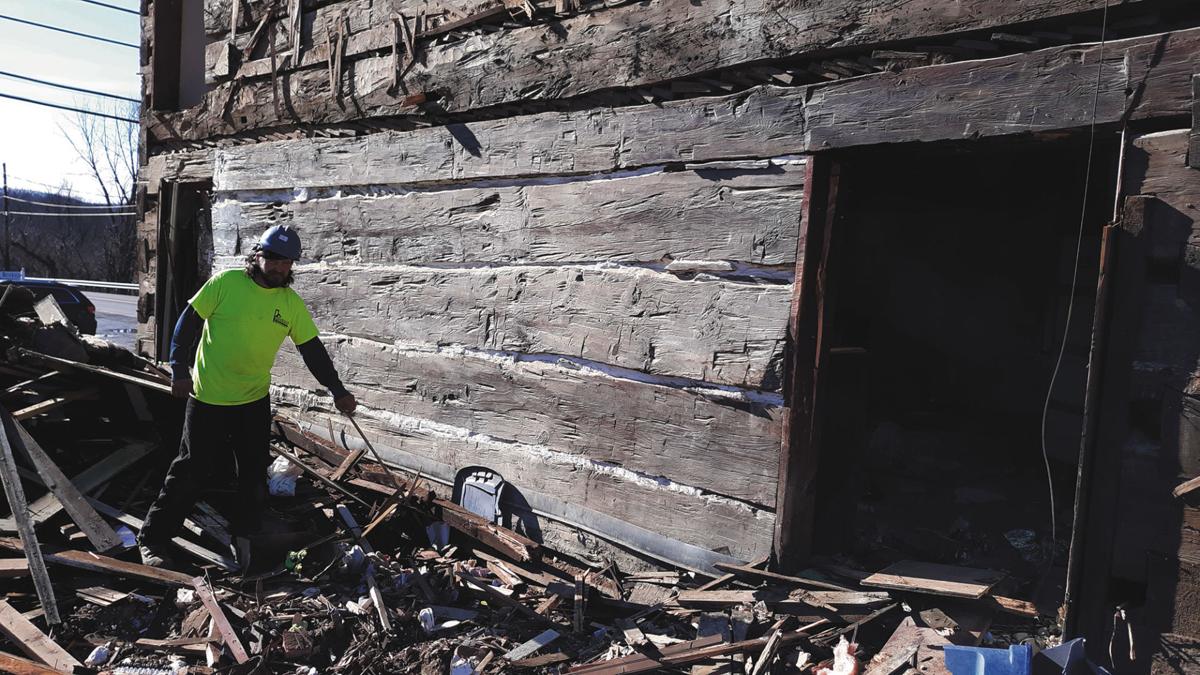 Foreman Roger Lehman shows some of the log cabin uncovered during demolition of a former bar in Washingtonville.

A log cabin was uncovered among debris from a former bar in Washingtonville.

A log cabin was uncovered during demolition of a former bar in Washingtonville.

Foreman Roger Lehman shows some of the log cabin uncovered during demolition of a former bar in Washingtonville.

WASHINGTONVILLE — The surprise reveal of a log cabin during demolition of a condemned former bar has generated much interest in Washingtonville.

“It came completely out of left field with nobody involved with the project seeing it. We knew going through the building there were some beams in the back of the old bar room that we wanted to salvage because they were so beautiful,” he said. “As the contractor started to peel off the additions to the building from over the years, we started to see exposed beams and then the entire log cabin. Everybody’s jaws dropped because it’s a very old structure — probably 200 years old.”

The Washingtonville Borough Council will discuss the cabin and its future at its meeting at 6:30 tonight in the Jane DeLong Memorial Hall.

Dombroski said it would be nice to let the cabin there, but the borough doesn’t own the property it stands on.

“We’ve had a lot of residents and the public in general voice opinions with them nearly unanimous in wanting to see the cabin preserved,” he said.

The council has asked contractor Farhat General Construction of Halifax to provide a proposal on taking the structure down by hand. The pieces would be numbered and cataloged so at some point the cabin can be reconstructed, Dombroski said. “I’ve had a number of people express interest in buying the cabin either for the wood or to reconstruct it somewhere else on their property,” he said.

He and his dad, Frank Dombroski who serves as borough council president, would like to see the cabin remain somewhere in the borough.

Farhat foreman Roger Lehman said Monday they plan to leave the cabin standing for a week. Some yellow siding and shingles remain on the outside of the building, at 1014 Water St.

He said the cabin could be as old as the 1700s and estimated the two-story building covers 1,200 square feet.

“Somebody will buy it,” he said.

Lehman said the wide beams were cut by ax and they are believed to be hickory since there was a lot of hickory around at that time.

“We’ve torn things down, but this is our first find that has been unique,” he said.

“No one knew it was two stories. They thought it was one-story,” he said.

He is working on cleaning up debris, mainly pieces of wood, that is being hauled away in a Dumpster loaded onto a truck. He said the recovered metal will be recycled.

After the site is cleared, it will be graded and grass will be planted. A sidewalk will be installed so vehicles no longer can drive behind the building.

Tyler Dombroski said the borough plans to ask the Montour County commissioners to use Community Development Block Grant funds so the contractor can take the log cabin apart. He said the demolition of the project came in under bid at $34,564 and about $72,000 was allocated for the project.

With the community dating to 1775, he said the oldest borough map he has seen dates to 1860. The building is shown L-shaped as it was when the bar was there, he said.

Besides a bar, the building had housed apartments.

The building had been used for storage with the contractor having to haul away numerous items including mattresses. A number of bikes found were displayed on the sidewalk and given away by the contractor.