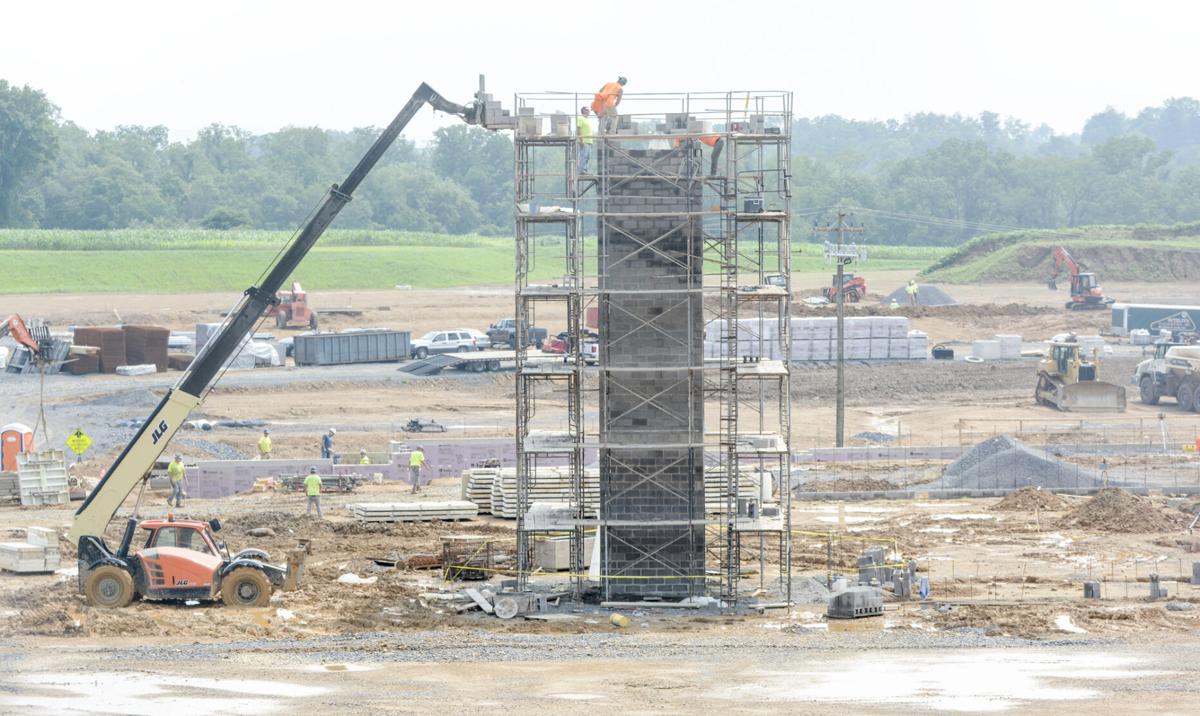 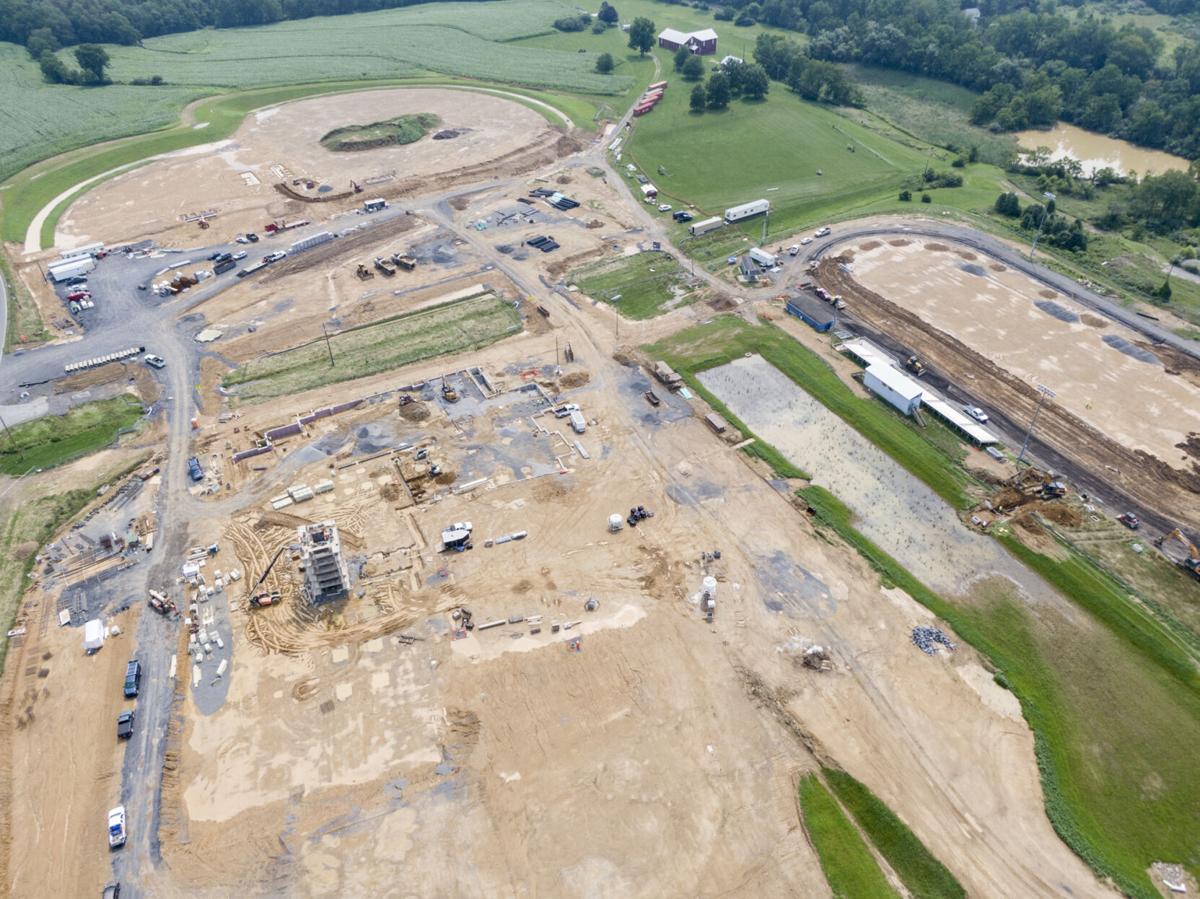 Construction at the Warrior Run School District was is in full swing as crews continue their work on a new stadium and elementary school. 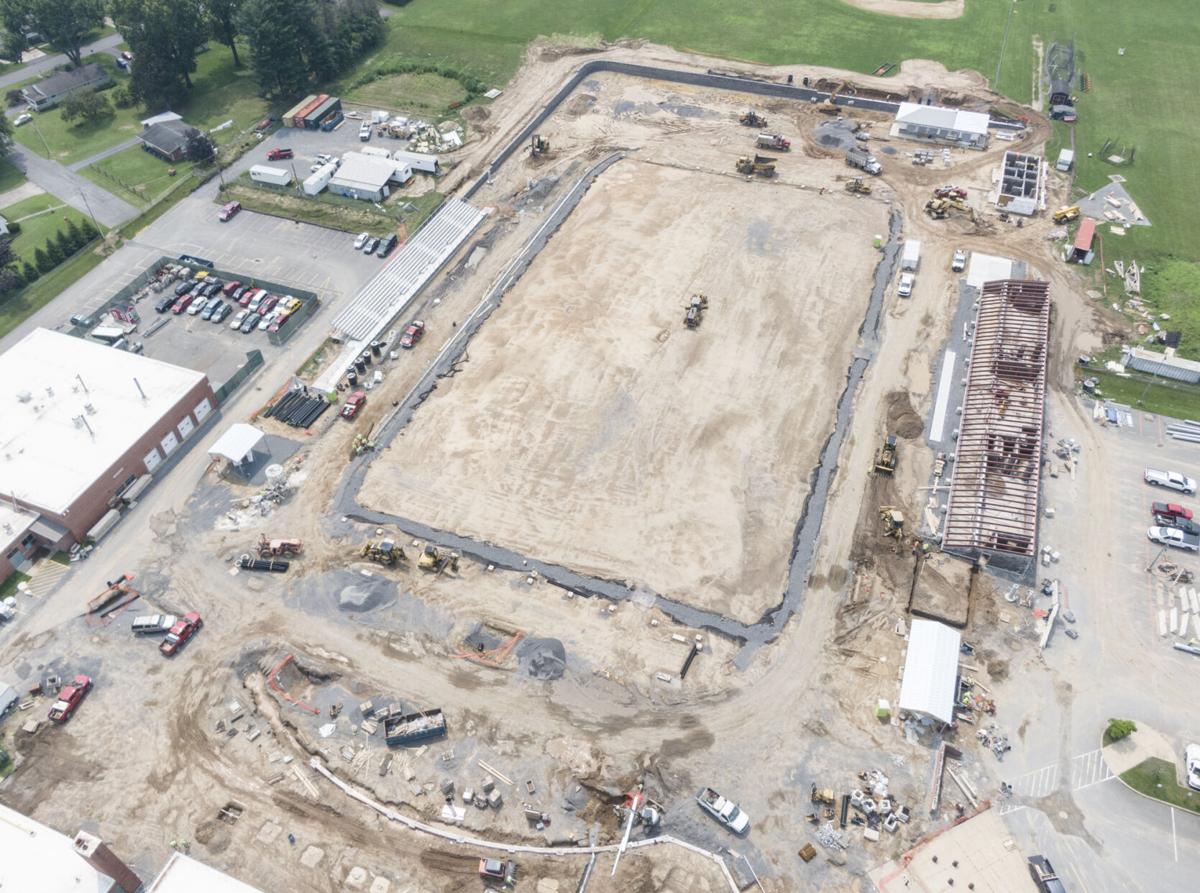 Construction on Milton’s new stadium project is in full swing. 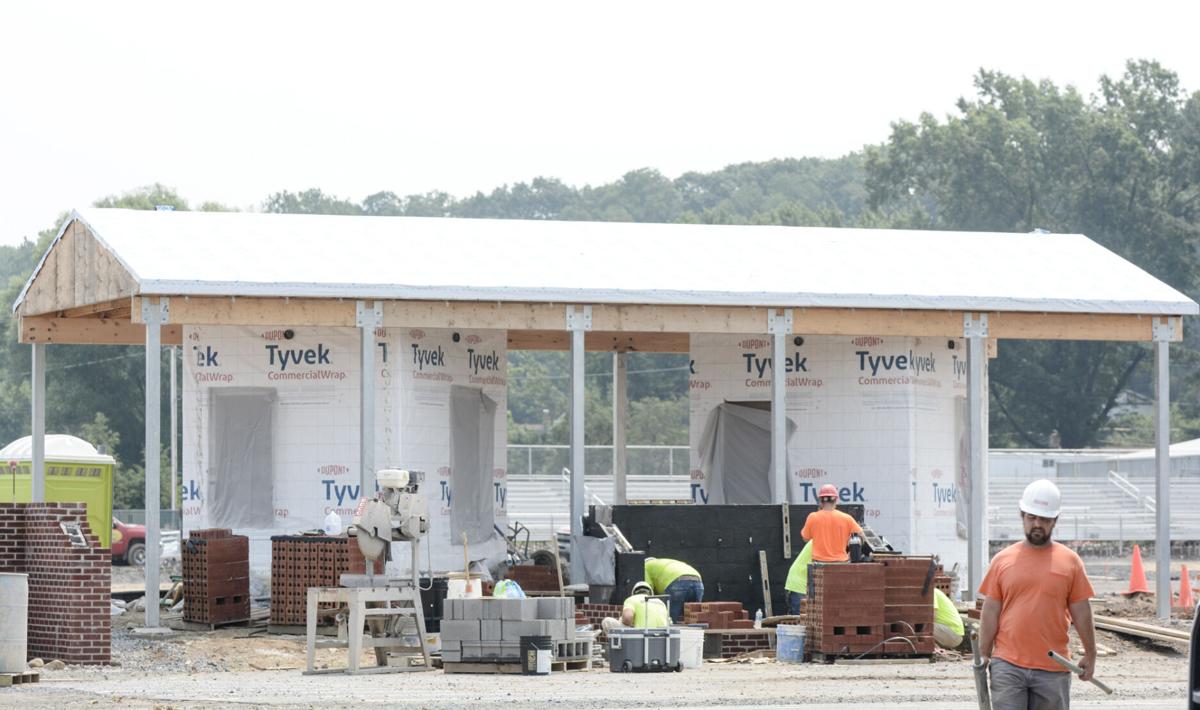 A new ticket booth at the entrance of what will be the new Milton High School stadium starts to take shape on Monday.

Construction at the Warrior Run School District was is in full swing as crews continue their work on a new stadium and elementary school.

Construction on Milton’s new stadium project is in full swing.

A new ticket booth at the entrance of what will be the new Milton High School stadium starts to take shape on Monday.

The ongoing impact of COVID-19 on supply chains has delayed the $14.1 million construction project at Milton Area School District, causing school officials to use alternative locations for its fall sports programs.

Milton Area School District Superintendent Dr. Cathy Keegan said select materials for the project have long lead times due to the pandemic and the manufacturing process. Equipment availability and transportation of the equipment are also impacted by COVID-19.

“It is with great disappointment, we must report the pandemic has significantly impacted the completion timeline for the Athletic Complex. While the COVID -19 pandemic has impacted us all, the resources, products, equipment and staff needed to complete the complex in time for fall sports is not possible,” said Keegan. “The 2021 football season will not occur in the new Milton Athletic Complex. Arrangements are being made with Danville Area School District to host our football games. We are grateful to the Danville administration for working collaboratively with us.”

The general contractor and sub-contractors are doing their “very best to keep the project moving forward despite all the barriers they are facing,” Keegan said.

Keegan asked for the public to be patient.

“We can’t thank you enough for your understanding and patience,” she said. “If anything changes, and we are able to expedite the projects’ completion, we will communicate immediately with our community.”

Keegan said the interior cement block for home bleachers and stadium restrooms are being laid and trim and soffit and preparation for the roofing/siding of the concession stand are being done.

The roof steel for the locker rooms and home bleachers is completed while the metal roofing for the concession stand, restroom and ticket booths must be installed.

Site grading continues to occur. The underground electrical is being set for the wellness, fitness and nutrition center. Crews are pouring the footings, foundation walls and piers for the center, she said.

Crews are setting the exterior walls for stadium restrooms and laying cement block walls and bricks at the wall at main entrance, she said.

Crews in the high school are demolishing the existing HVAC equipment and installing valves for upcoming phases. They are also putting in conduit and wiring in the concession stand, said Keegan.

The additional $3.3 million is for added soft and contingency costs.

When completed, the artificial surface will be lined for football, boys and girls soccer and field hockey competitions and be available for marching band to practice, hosting tournaments and performances.

Warrior Run Supertindent Alan Hack said the project is moving along as expected. The targeted completion date of the new elementary school is November 2022.

“Crews are working throughout the summer and making great progress on the site,” said Hack. “Currently, the project is on schedule with several benchmarks approaching over the next four to six weeks.”

Significant rainfall last week did slow down work around the site, but contractors are moving forward despite the additional water. The pouring of footers and walls, as well as masons on-site to erect walls of the elevator shafts, were the major work for last week, said Hack.

Earlier this month, Hack said the daily pouring of concrete continued with preparation at the stage raised floor exterior. The sanitary sewer line was completed and site contractors were installing waterline laterals around the site.

At the end of June, the foundation along the gym/cafeteria continued to be formed with the location of the exterior egress and stairs becoming more prevalent. The walls for the dugouts are part of the ongoing work that week, said Hack.

Site contractor has worked on installing the new water line along Warrior Run Boulevard. The mock-up panel was completed which shows the contract between the brick veneer and mortar, said Hack.

The school board members in March approved four contracts totaling $28.74 million, which consists of eciConstruction, of Dillsburg, being awarded the $20.58 million general contracting bid; Myco Mechanical, of Telford, being awarded the $1.86 million plumbing bid and the $2.9 million HVAC bid; and Leccee Electric Inc., of Williamsport, being awarded the $3.4 million electrical bid.