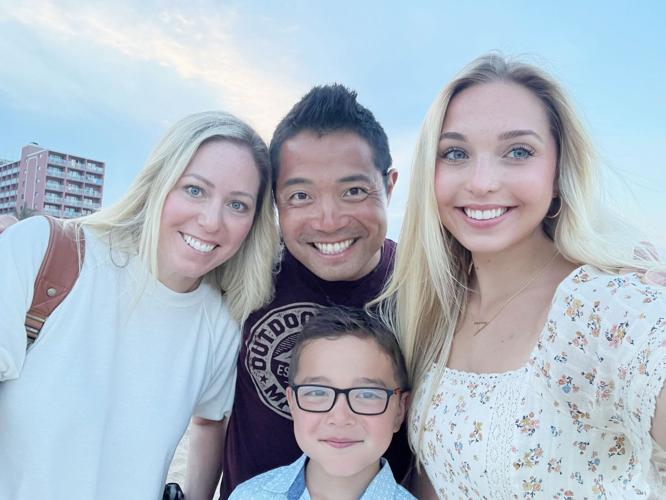 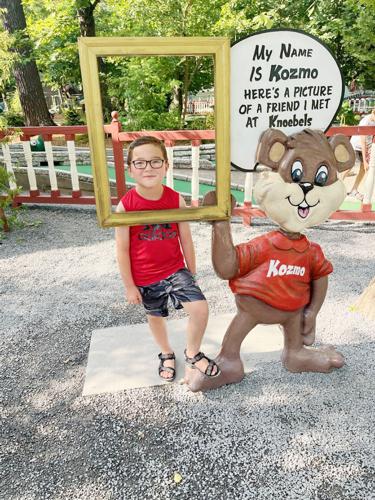 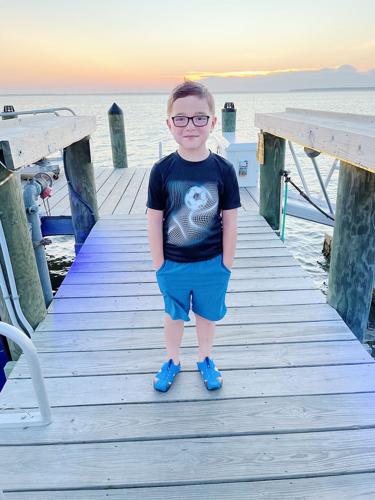 DANVILLE — You would be hard-pressed to find a more normal, happy, healthy and active 6-year-old first-grader in the Danville Primary School than Noah Horikoshi.

“He’s perfect now,” said his mother Cori Gresh-Horikoshi on Monday night, from her home in Danville. “He’s happy and smart and he never sits still.”

But six years ago, at birth, it was touch-and-go as to whether he would survive. Maybe that’s why some people at Geisinger have referred to him as “The Miracle Kid,” because sometimes there is no other explanation as to how he recovered so fast from a critical situation.

It was a pretty traumatic situation, said Gresh-Horikoshi. Noah was her second child (and her husband’s first). “He was born at 37 weeks, which isn’t too terribly early. I was induced because of a medical situation, so they had to get him out early.”

“I’m grateful that happened because he was born with the umbilical cord wrapped around his neck,” she said.

“I truly feel that if he wasn’t born early I don’t think I would have delivered a live baby,” she said.

The attending physician at the time, Dr. Eileen Tengco, neonatologist at Geisinger Janet Weis Children’s Hospital, said it is rare that an umbilical cord wraps around a newborn, but it happens.

Gresh-Horikoshi had a normal pregnancy, she said, “so I didn’t expect anything.

When he was born, “it was iffy as to whether he would need a lot of support,” Tengco said.

“Within an hour of birth, we noticed he was not breathing,” Tengco said. Noah’s lungs had collapsed.

“He wasn’t doing well,” she said. “He wasn’t a vigorous baby. We were concerned about brain function.”

Noah needed care right away. He was resuscitated by Geisinger’s Neonatal Intensive Care Unit, who worked with his parents to make fast decisions about what to do.

“We didn’t even get to see him until a few hours later, “ Gresh-Horikoshi said. Doctors weren’t sure how long the cord had been around his neck.

The doctors decided to put him on a cooling treatment.

“I believe it was three days,” Gresh-Horikoshi said. “I still couldn’t touch him or hold him. He didn’t open his eyes for another week.”

Noah was on 100 percent life support. Both of his lungs had collapsed. ‘We thought he was having seizures.”

At one point a PA called and said there were no brain waves. “I fell to the floor and cried.”

It was terrible, she said. “I couldn’t touch him, hold him or even look at him.”

Doctors suspected that the cause of all the problems was the cord around the neck prevented oxygen from going to the brain.

But when they took him off the cooling treatment, he opened his eyes.

A cooling treatment called therapeutic hypothermia would slow down Noah’s metabolic system and allow his brain to rest. Doctors wrapped him in a cooling blanket, lowering his temperature below 93 degrees for 72 hours. Because his lungs were a little underdeveloped, he was placed on a ventilator. Chest tubes helped remove fluid that had caused his lungs to collapse.

He slowly began getting better.

After two weeks in the NICU, Noah fully recovered and could go home with his parents. He was only in the hospital for 14 days.

Today Noah is healthy, outgoing, energetic and loves to dance.