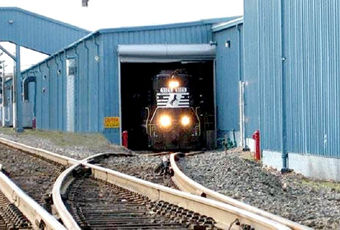 A Norfolk Southern locomotive emerges from the Moran Industries warehouse in Watsontown after placing cars loaded with paper products inside the building. Moran Industries is adding rail sidings to two other buildings with the help of a $1 million state grant. 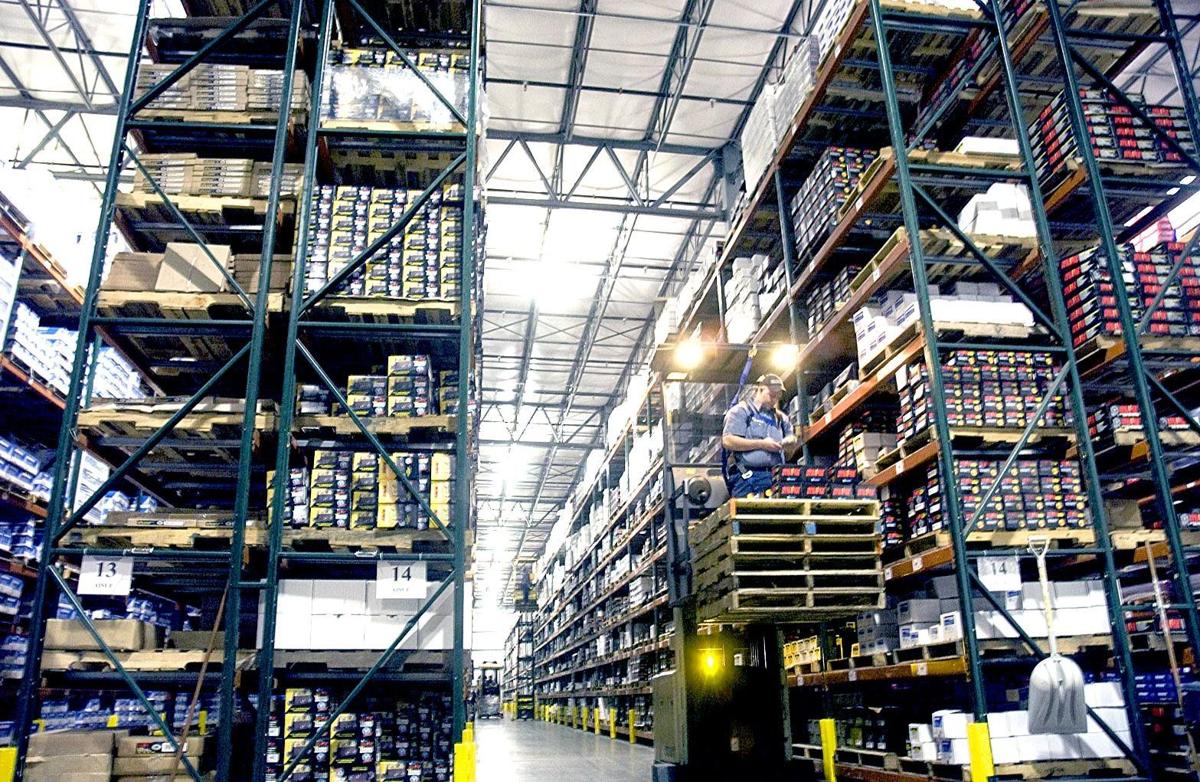 A Norfolk Southern locomotive emerges from the Moran Industries warehouse in Watsontown after placing cars loaded with paper products inside the building. Moran Industries is adding rail sidings to two other buildings with the help of a $1 million state grant.

WATSONTOWN — A symbolic ground-breaking was held Aug. 28 to initiate a $1.4 million construction project at Moran Industries, Inc. that could lead to as many as 80 additional jobs. Two additional rail sidings, totalling 1,600 feet of track, will be constructed, adding two warehouses to the two buildings now rail accessible, according to Moran officials. Moran, which employs 350 people, has 2 million square feet of warehouse space at locations in Watsontown, Williamsport and Sunbury. A $1 million grant to Northumberland County through the state Department of Transportation’s Bureau of Rail Freight, Ports and Waterways will be augmented by $400,000 from Moran Industries. “Our business model is inbound on rail and outbound distribution by truck,” said Jason Fitzgerald of JDM Consultants, the project managers. Moran handles products for 30 clients in its facilities. The majority of products fall into three categories: canned foods, auto parts and paper products. Each of these groups is recession-proof, according to John D. “Jack” Moran, who founded the company in 1975. During times of economic slowdown, people buy canned foods because they are less expensive than fresh foods, they buy auto parts to make their own repairs, and they always need paper products such as paper towels and toilet tissue, Moran said. One of the existing rail sidings goes inside a building, providing 11 spots for boxcars of paper products, while the second spur accesses a warehouse exclusively devoted to canned food products. The warehouses are on Norfolk Southern’s Buffalo main line and currently are served from the Northumberland yard three days a week. “Our job is stocking, loading and delivery to the end users of products,” said Brad Aurand, of JDM. JDM is the engineering and construction management subsidiary of Moran Industries. “Rail is very economical and efficient for the long haul,” he continued. “A ton of goods can be moved 410 miles on a gallon of diesel fuel.” Fitzgerald said the rail-truck interface provides good jobs for truck drivers. “They’re home every night, and it’s safer for them to make the shorter runs,” he said. “It reduces road maintenance costs and greenhouse gases.” Fitzgerald said the additional rail access will lead to additional employment. “We’re looking at significant job growth here,” he said. “I’d say we’ll have 60-80 additional employees by next spring.” As part of the construction, an access road along one side of a warehouse will be relocated to accommodate a rail siding. When the road is reconstructed, new drainage will be included that will reduce flooding in Spring Run, which runs through Watsontown to the river. In addition to Moran officials who participated in the ground-breaking, Sen. John Gordner, Rep. Merle Phillips, Frank Sawicki and Kurt Masser, Northumberland County commissioners, and Dave Hontz, Watsontown mayor participated.