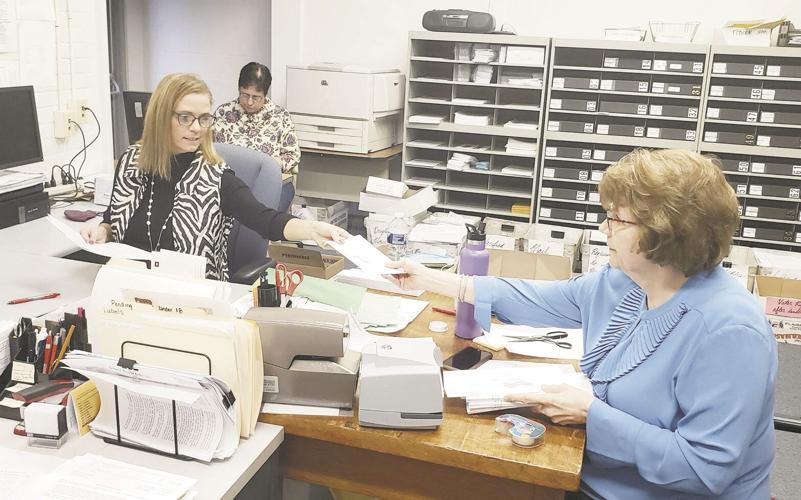 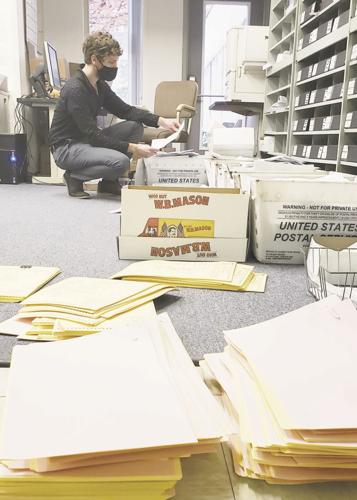 SUNBURY — Officials in Northumberland County are warning voters of an effort to cast doubt on the county's process for mail-in voting.

During a brief press conference on Tuesday at the county administration building, Northumberland County Commissioners Sam Schiccatano, Joe Klebon and Kymberley Best and Election Office Chief Registrar Nathan Savidge said citizens have been getting phone calls and messages from people posing as election officials. Those people are falsely stating the voters' mail-in ballot was not received by the county election office.

Savidge said he has fielded at least 80 calls about the subject in addition to nearly 1,000 other daily calls the office receives. More than 11,000 mail-in requests have been made for the upcoming election compared to 6,000 in the primary election.

"I think it's misinformation to rouse anxiety for people and intimidate those who chose to cast their vote by mail," said Best. "We want to dispel that. We want to let people know the election office is safe, it's secure, it's efficient. We want people to have confidence."

Savidge said the situation is creating "chaos and unnecessary work" because he will check every person's concerns. It's making his job "nearly impossible," he said.

The commissioners said the phone calls "undermine" the confidence in the election office.

"We want the election to be run fairly and honestly, and everyone has the right to vote," said Klebon. "We want people to feel safe."

Best, as the minority Democratic commissioner, opposed in July the hiring of Savidge, who was formerly involved with the county Republican Committee. Best said on Tuesday that she is impressed with how Savidge is running the office.

"We are doing our best and he is doing his best to run the office in a way that puts me at ease," said Best. "There are numerous checks and balances."

Savidge said the mail-in ballots are secured behind three locked doors with no public access and a security guard. If the voter has included their email, they will receive confirmation that the application was received, the ballot was transmitted, and the ballot was received and scanned into the state system. As long as voters receive no other emails stating the opposite, their mail-in ballots were processed.

In addition to Savidge and assistant chief registrar Caleb Shaffer, the county office has four part-time employees, consultant Pat Nace and employees from the new voting machine company Election System and Software that will be working on Election Day. County employees will also be on hand to act as runners for any polling station that has any kind of issue.

The county has four scanners that the election office will start using at 7 a.m. Tuesday to start processing county mail-in ballots. Poll watchers are permitted to watch from behind a window, but only authorized county employees are all allowed inside the room, said Schiccatano.

"We feel confident that it will go smoothly," said Schiccatano.

Savidge said he is confident that all mail-in ballots will be counted by the end of election night. The state has extended the deadline to the Friday following the election as long as the mailer is postmarked by Nov. 3. Ballots can be turned into the election office in person until 8 p.m. Tuesday.