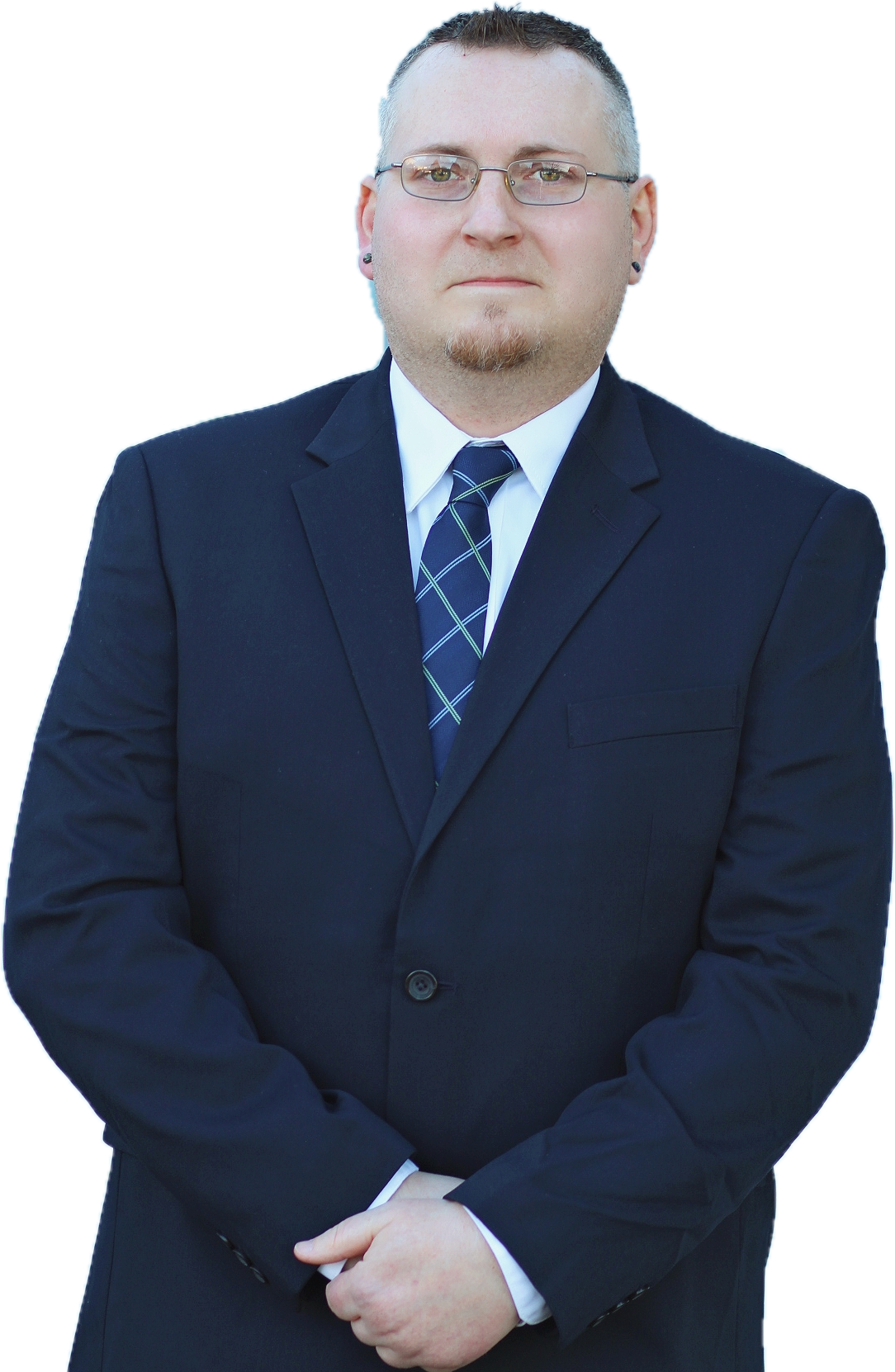 Provided photo Jason Radel, of Milton, is the candidate on the Democratic ballot in the general election for Northumberland County prothonotary. 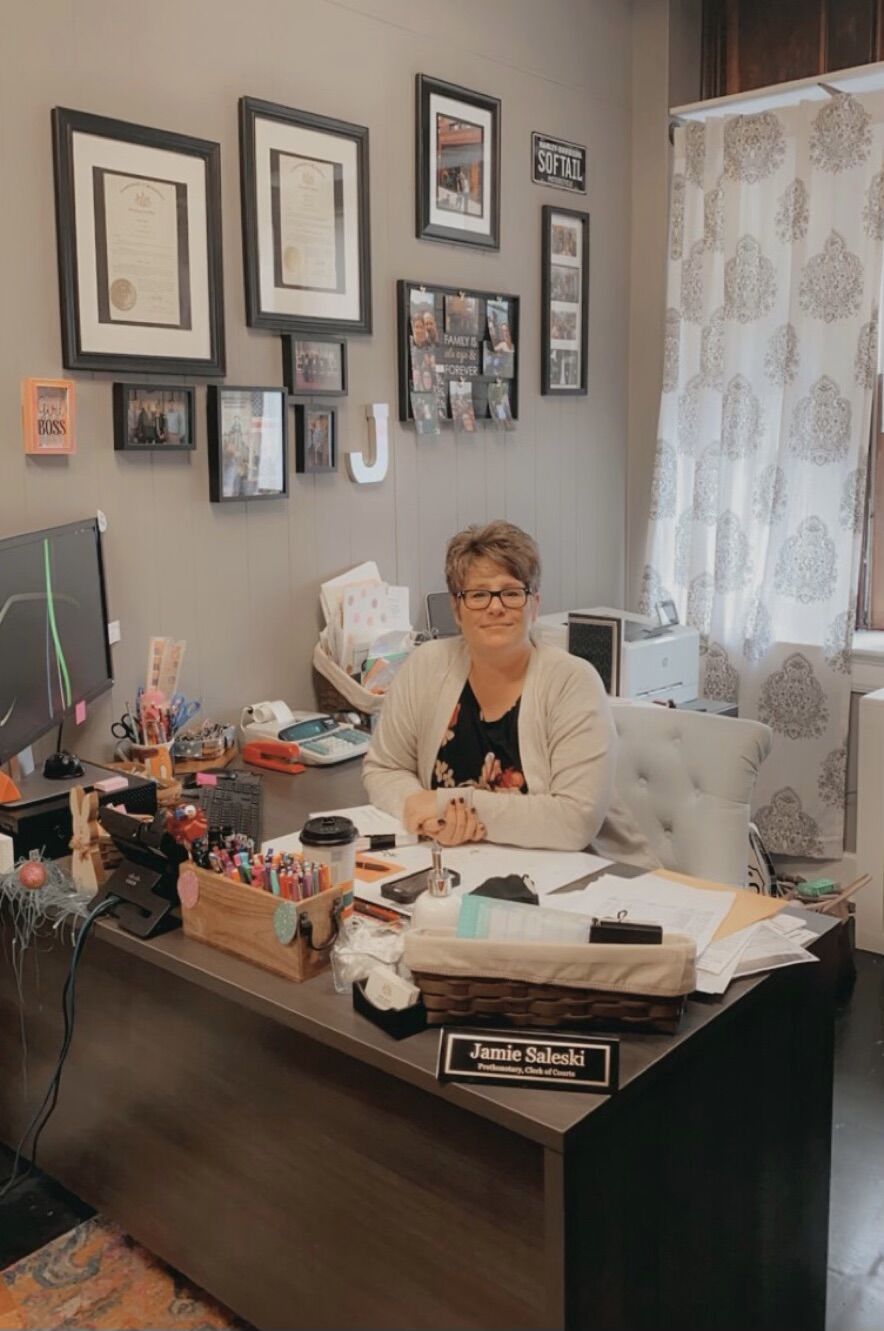 Provided Photo Incumbent Northumberland County Prothonotary Jamie Saleski is running for re-election on the Republican ballot in the general election.

Provided photo Jason Radel, of Milton, is the candidate on the Democratic ballot in the general election for Northumberland County prothonotary.

Provided Photo Incumbent Northumberland County Prothonotary Jamie Saleski is running for re-election on the Republican ballot in the general election.

Saleski, a Republican from Coal Township, won her first four-year term in 2017, having worked as a data entry clerk in the prothonotary’s office since 2007. Radel, of Milton, is the Democratic challenger. Libertarian John J. Merchinsky III, of Sunbury, has dropped out of the race.

Saleski said the biggest issue in the office is the rising number of criminal and civil cases to file. New cases this year include 2,200 criminal cases and 2,000 civil cases, not including thousands of cases from previous years.

“We have a lack of staff,” she said. “We should have probably 10 people. At this point I have five. We’re working at 50 percent capacity. We get the job done, but it’s always been a challenge.”

When the courthouse closed to the public in 2020 due to COVID-19, Saleski said the offices, including prothonotary, were still open and operating. People were dropping off and mailing their filings, she said.

“We were still there every day and doing the work that needed to be done,” said Saleski. “I think the workload doubled. It was more work. It was easier to get it done because people weren’t coming in.”

When the courthouse reopened, Saleski said she limited capacity and sanitized each computer and counter after public use and placed six-foot markers on the floor.

“If one person in the office gets it (COVID), I have to close the office down until everyone is tested,” said Saleski. “We were closed one time for a half-day at 1 p.m. when I found someone was in contact.”

Saleski said her goal for the next four years is to keep the job going and keeping up with everything that comes their way.

“With changing rules and laws, it’s a lot to keep up with on a daily basis,” said Saleski. “I’m just hoping to keep on doing the good job that I do.”

Radel, an Eagle Scout and former Marine, said he decided to run for the position to help people and be an example to his daughters.

“The largest aspiration in my life has always been to help as many people as possible,” said Radel. “My wife and I also have four beautiful daughters to assist through school and their journey to become young women. Working at the prothonotary’s office allows me to pursue both those goals at the same time.”

Modernizing the prothonotary’s office is of the “utmost importance,” said Radel.

“As far as I’m aware, the county has already funded everything necessary to complete this task,” he said. “I will work diligently from day one to make sure the modernization will be completed as quickly as possible so Northumberland County’s courts can continue to function safely and efficiently.”

Radel said he has not visited the prothonotary’s office in person due to it being closed to the public. He said he tried to find more information about the office online, a search that has not been fruitful.

“Completing the modernization will allow a secure online platform where all authorized and essential persons would be able to safely conduct required business and keep our courts in order,” he said.

Radel said the online approach would keep people safer during a pandemic.

“If elected over the next four years, my goals are to complete the modernization of the prothonotary’s office, bring us to at least the same level of functionality of the 66 other counties in Pennsylvania, and to provide the citizens of Northumberland the confidence, security, integrity and confidentiality that they deserve.”

Merchinsky originally received enough signatures by Aug. 2 to be on the ballot in the general election, but has decided to pull out of the election and endorse Saleski.

“I am currently happy with my place of employment as well as looking at homes outside the county and that it would not be fair to the voters to elect me,” said Merchinsky. “I endorse Jamie (Saleksi).”