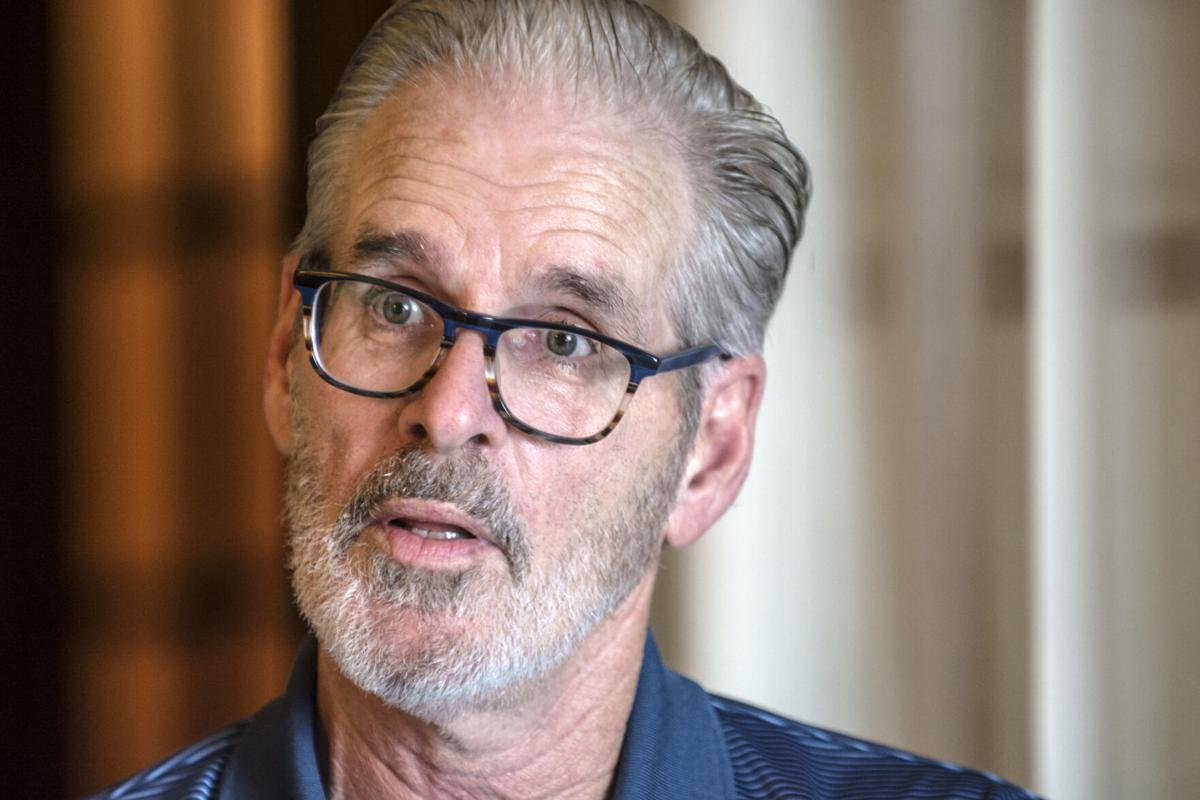 Northumberland County Coroner James Kelley went to New York City in the wake of Sept. 11, 2001, to help process and indentify the victims of the terroist attack on the twin towers. 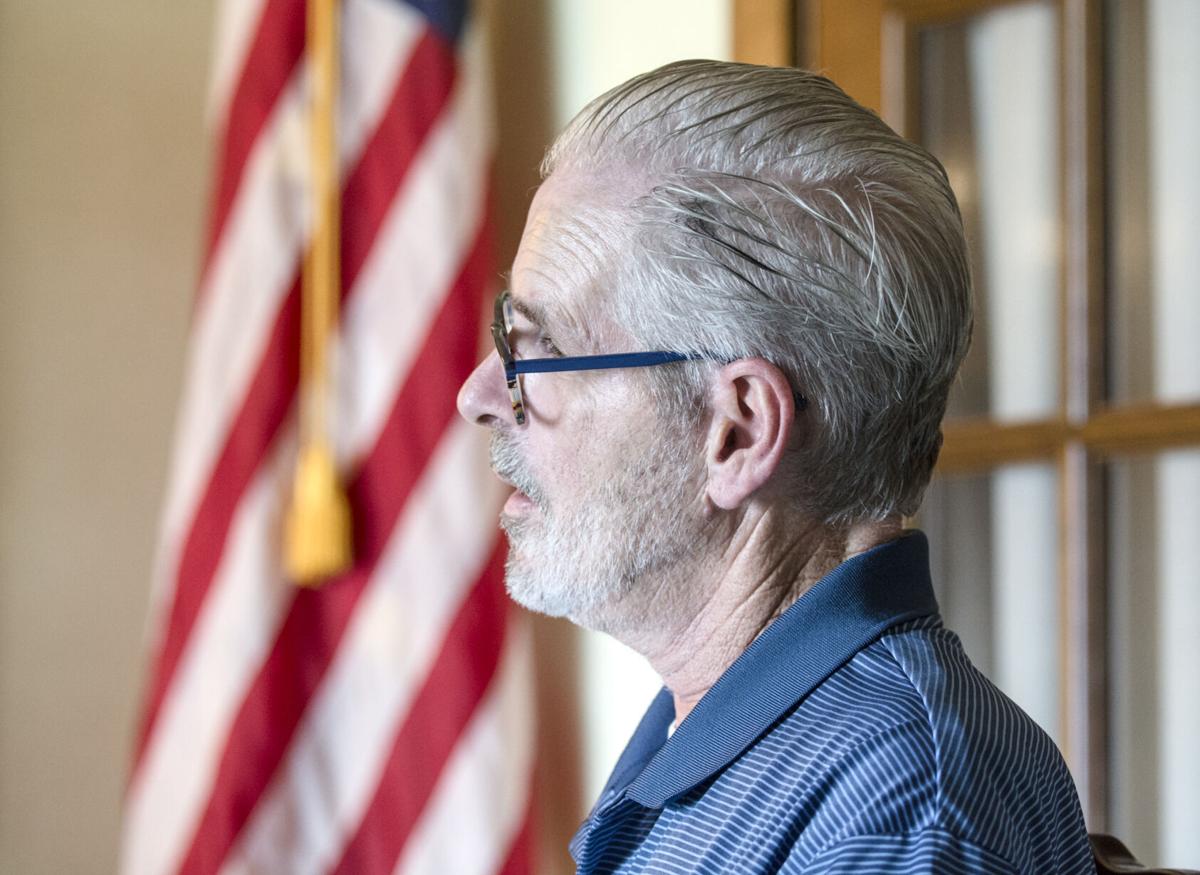 Robert Inglis/The Daily Item Northumberland County Coroner James Kelley talks about spending time in New York City after the September 11th attacks in 2001 and helping to process some of the victims from the attack.

Northumberland County Coroner James Kelley went to New York City in the wake of Sept. 11, 2001, to help process and indentify the victims of the terroist attack on the twin towers.

Robert Inglis/The Daily Item Northumberland County Coroner James Kelley talks about spending time in New York City after the September 11th attacks in 2001 and helping to process some of the victims from the attack.

A licensed funeral director since 1985 and elected coroner for two decades, Kelley said his training in mass disasters did not fully prepare him for the emotional trauma of working 12 hours a day for two weeks collecting DNA from surviving family members and helping document evidence collected from the rubble of the World Trade Center towers.

“It affected me in ways I don’t like to talk about,” he said.

Kelley was 41, married since 1979 to his wife, Pattie, and raising their daughter, Mary Kate, then 8, and son, Kieran, then 7, when terrorists hijacked planes and drove them into the North and South towers of the World Trade Center in New York City and the Pentagon in Washington, D.C. A fourth hijacked plane crashed into a field in Shanksville, Pa., when passengers tried to break into the cockpit.

“I was devastated, just like the rest of America,” he said of his reaction to the news on that September morning.

Knowing that the medical examiner in New York City would be overwhelmed with massive casualties at the World Trade Center, Kelley reached out to the National Funeral Directors Association on Sept. 12, 2001, and offered to help.

“Funeral directors are trained to work with grieving families,” he said.

Kelley’s offer, one of many made by funeral directors across the country, was accepted and in March 2002, he headed to the city he had only visited a couple of times before to attend a ball game.

Walking the streets of Manhattan from his hotel to the medical examiner’s office he was struck by the politeness of the people he passed.

For two weeks, he spent 12 hours each day doing any job that needed to get done, from filing paperwork to swabbing the mouths of relatives of the missing and presumed dead.

Kelley was struck by the meticulous nature the professionals took with collecting and documenting the remains of the 2,996 people who perished at the site. Sometimes only a tooth was found and returned to family members.

“Everything was individually processed,” he said, adding that not much conversation happened as he collected DNA from mourning relatives. “It was just very somber, very business-like.”

Before he left for New York City, his father, James P. Kelley, who also worked as a funeral director and passed away in 2008, told his son to keep a journal.

The younger Kelley began writing his experiences at the end of the day, but after two days was so overwhelmed he decided to stop. He later shredded his written recollections.

“I wanted to forget the experience,” he said.

Before his second week was up, Kelley said, he was asked to stay on a bit longer but declined after an encounter with a 9-year-old boy who lost his father in the attacks and was brought in to provide his DNA in case any of his remains were found

The child reminded Kelley of his own young son. “I knew it was time to go home,” he said.

Before returning to Northumberland County, Kelley visited the site of the fallen World Trade Center and was invited to take a memento. He keeps the small marble piece in a locked cabinet at his West Arch Street funeral home among other collectibles.

His daughter, Mary Kate Kelley-Kirby, now 28 and studying to take over the family business, has a clear recollection of the events on 9/11 and the day her father informed the family he would be heading to New York City in the aftermath.

“My dad is my best friend so it was devastating for me,” she said of learning he would be temporarily leaving the family.

Even at the age of 9, Kelley-Kirby said she understood her father had an important mission to perform.

“Our family is just so tight,” she said. “Growing up in the funeral business we’re open with each other about the whole process of life and death. We all knew he was doing the right thing.”

When Kelley returned from New York City, his daughter noticed a sadness in him.

“Being in the profession he never brought it home where it affected us, but you could tell he was very upset,” Kelley-Kirby said.

Still, she said the experience “has made him a better person.”

Kelley hasn’t been able to return to the site of the former World Trade Center since 2002.

On the anniversary of the attacks Kelley does watch the yearly public recitation of the names of all who died in the towers. When the name of the father of the 9-year-old boy whose DNA Kelley collected is read aloud, he says a prayer.