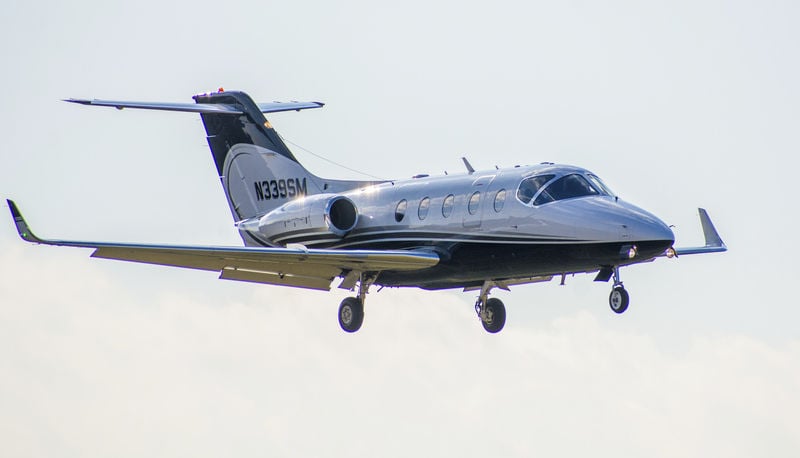 A jet prepares to land at the Penn Valley Airport on Tuesday morning. 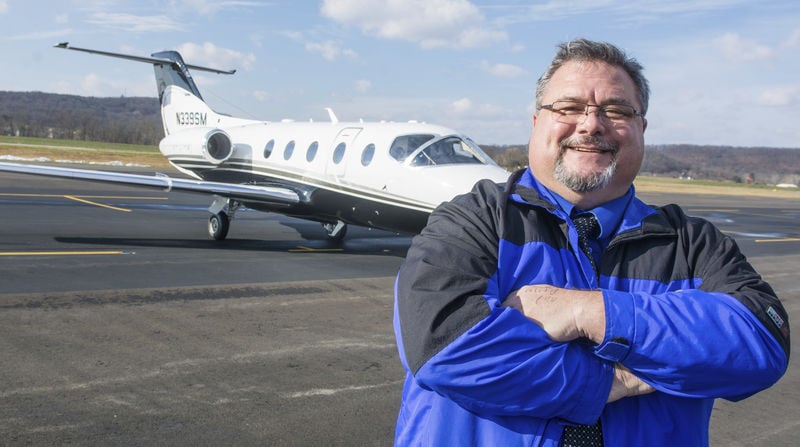 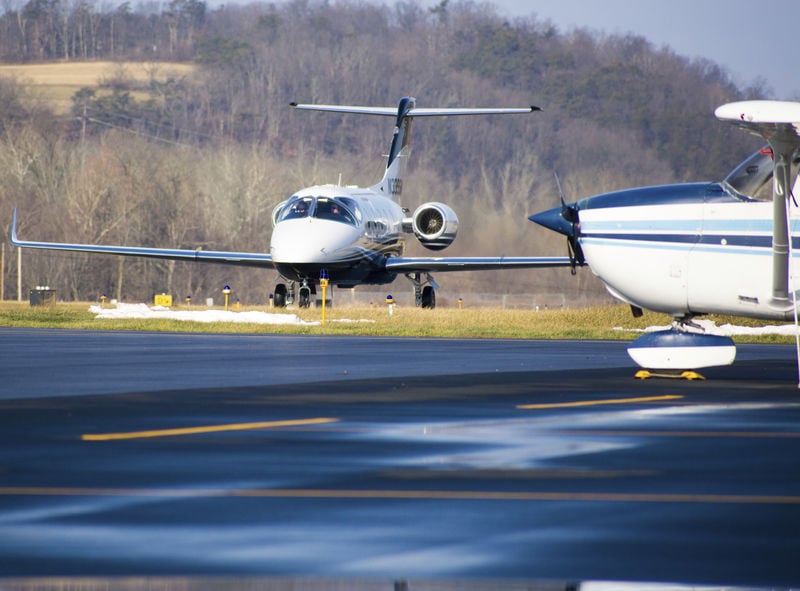 A jet heads down the runway at the Penn Valley Airport on Tuesday.

A jet prepares to land at the Penn Valley Airport on Tuesday morning.

A jet heads down the runway at the Penn Valley Airport on Tuesday.

SELINSGROVE — The Penn Valley Airport comes alive well before any aircraft lands or takes off.

The immediate concern in the morning is runway safety.

The day starts at 8:30 a.m., said airport general manager James Taylor, on Tuesday. That is, unless he knows a flight is coming in earlier. “Life at an airport can happen anytime, 24/7,” he said. “I am on call for arrivals, departures and emergency refueling any time of day or night.”

On a normal day, the first thing Taylor and his staff do after they arrive is to make a foreign object detection check, referred to more commonly as FOD. Pieces fall off airplanes, Taylor explained. “Pieces fall off of lawnmowers or plow trucks in the winter. Animals drag corn stalks out of the local fields around here and drag them up onto the runway.

“My typical day starts driving every taxiway and every runway making sure there is nothing laying on the surface,” Taylor said. “A jet or a turbo-prop, as they are taxiing by or landing or taking off, a corn stalk or corn cob laying there could be sucked up into an engine and destroy it, a million dollar engine. Not to mention ruining a pilot’s whole day. It can get very ugly.”

Such is the life at a rural airport.

9-10 a.m.: Taylor comes into the office — there is no control tower such as ones you see at larger airports — and he fires up Flight Aware to see what is inbound. Flight Aware is live flight-tracking software.

“That only tells me the bigger aircraft due for arrival, and approximate time,” he said. The number of jets that fly in daily varies. One day recently, the total number of corporate jets that either flew in or took off was three.

“But four to five IFR flights would be a good daily average,” Taylor said. IFR stands for Instrument Flight Rules, where a plane takes off and lands using instruments with no outside visibility, which allows them to land in poor weather, fog or low clouds.

“These IFR flights are primarily the corporate flights and charter flights (business users) flying turboprop and jet aircraft,” Taylor said. “Some days are much more busy, some less.”

“We also, depending on the need, have mechanics who I rotate down from Williamsport to take care of any aircraft maintenance needs,” Taylor said. In all there are 49 aircraft that are housed in hangars at Penn Valley.

Beyond servicing the four to five corporate daily flights there is considerable activity at Penn Valley. The average daily activity at the airport includes an additional 10-30 takeoffs and landings, depending on the weather and wind directions.

On our day at the airport there was a heavy crosswind, inhibiting activity by smaller aircraft on the airport’s 4,700 foot north-south runway. Penn Valley has two runways. Runway 17 and coming in from the north runway 35. It is one paved surface but it is considered two runways.

Among the things the airport could use is another runway, said Taylor, “which would be cost prohibitive.” But it would add the ability to have night flying, added Penn Valley Municipal Authority chairman Bruce Witkop. “This would be a tremendous service to our current corporate customers and help grow the airport,” he said.

Noon: Tom Bauer, a retiree, originally from Cape Cod, Mass., and now living in Elysburg meets up with Taylor to talk flying. Bauer has just bought a Piper Cherokee 180 airplane. He has his license and has logged 77 flying hours. He is eager to get in the air, but frustrated that the crosswinds are probably too dangerous for him to take off and land.

Bauer admitted he’s hooked on flying and has been for some time. “I remember years ago when I was a kid I wanted to take flying lessons, but life intruded,” he said. “I went off to college, got married. A few years ago, I saw a friend of mine flying into Northumberland County, and he explained that he had a private pilot’s license. I saw a sign that said, ‘Learn to Fly,’ and I decided to give it a try. I made an appointment and the first time I took off, I was hooked. Oh, my goodness, I loved it. This is it. I want to do it.”

Taylor grew up loving planes. Flying. He encourages folks like Bauer to fly and cares deeply for them. “I’m not gonna let him fly now, he’s my friend. The crosswind is too strong. Maybe later.”

Bauer understands. He doesn’t just cruise the area. “Actually I have places to go,” he said. “I have family all over the area. Family in Limerick, two hours south of here, friends and relatives in Cape Cod. I have a daughter in New Mexico, I could try that at some time in the future.”

The personal touch of growing pilots is something Taylor is committed to.

“If I’m here and a youngster and his or her mother come to look at airplanes, I’ll drop everything and show them around,” Taylor said. “I want people to love flying as much as I do. There is a shortage of pilots, airline pilots. And the love of flying usually begins at small country airports like this. We here are strong believers in developing a love of flying.”

An airport staffer will spend the next two hours with Bauer going over flight procedures and documents found in the Piper he has just bought, but flown only once.

“That personal service is what we can offer and most larger airports can’t,” Taylor said.

3 p.m.: A military Chinook helicopter practices several stop-and-goes — landing and taking off. “This is a common occurrence,” Taylor said.

5 p.m.: Dusk, darkness and shutdown. Penn Valley’s hours of operation are posted all over every aviation website along with an after-hours phone number (Taylor’s cell). “We simply look on Flight Aware before we leave to make sure someone isn’t coming in unannounced, and simply lock up the buildings and the fuel farms.”

Weather also is a factor in shutting down for the night at this time of the year; if Taylor knows it is going to snow overnight he calls larger-based corporate users to see if they are flying out early in the morning. If they are, the crew are on the plow trucks and tractors early and have the airport ready for them to depart.

If an emergency happens after hours, Taylor’s cellphone number and the number of his line crew are available in the 24-hour “waiting area.”

Typically if someone lands after hours, they call Taylor. Life Flight and the state police have his number at their dispatch offices and they know to call him. A member of his airport staff lives a “stone’s throw” from the airport. If there is a pending emergency he can be at the airport in under five minutes.