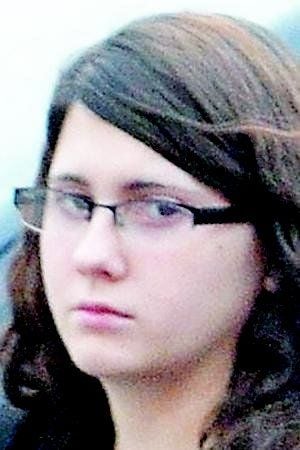 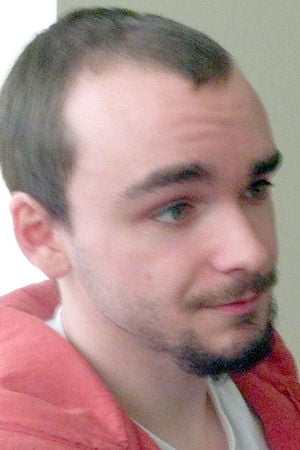 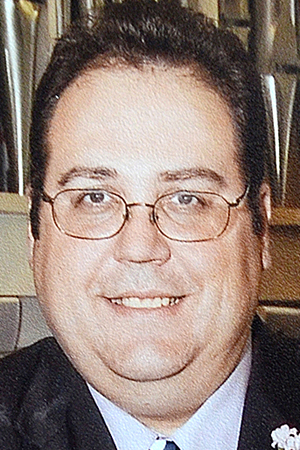 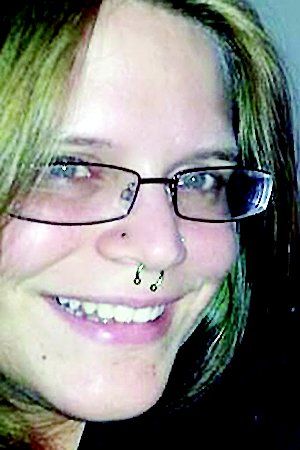 SUNBURY — Until nine months ago, Elytte Barbour was a quiet young man from a religious family, a former trombone player from Triton High School’s marching band, a community college student who, at 21, was involved in his newborn child’s life in Coats, N.C.

Then, in March, he overdosed on Ecstasy, a drug known to trigger hallucinations.

“He took two tablets and he lost his mind,” said Aimee Vaneyll, a 20-year-old who began dating Barbour in November 2010 and eventually became the mother of his baby girl. “He kept repeating himself for hours. He always talked about doing hard drugs.”

“He told me he used to have voices in his head,” Vaneyll said, “and when he did the Ecstasy, they all went away.”

The voices left, and in June, replaced, it seemed, by a high school dropout named Miranda Dean, a petite 18-year-old brunette who would eventually become his lover, his wife and his partner in what police describe as a thrill killing and tabloid newspapers are calling the honeymoon homicide in Sunbury.

Miranda Dean was already six months pregnant when she moved from Alaska to the two traffic-lights town of Coats, where her mother lived. Vaneyll, who would become her friend, described Dean as a young woman of strong feelings, obsessed with sex and deeply disdainful of obesity.

On Nov. 11, three weeks to the day after Miranda and Elytte married, those emotions intertwined in Sunbury, where, according to police, the newlyweds — who police said shared a dream of murdering someone, anyone, just for fun — stabbed, strangled and left a 275-pound man, who had sought Miranda’s company through an ad on Craigslist, dead in a alley near Sunbury’s Hill Neighborhood.

After the killing, the couple celebrated Elytte’s 22nd birthday at a strip club in Harrisburg. The next morning, according to one of Elytte’s friends, they returned to Sunbury to sit in a car and watch police investigate the bloody scene surrounding the victim, Troy LaFerrara, 42, of Port Trevorton.

Elytte Barbour, slightly built, articulate and sometimes intense, was nicknamed “Odd” among his childhood friends. He was introduced to Central Pennsylvania four years ago when he spent a summer in New Berlin with a childhood best friend, who had moved there earlier.

Elytte Barbour made other Valley friends during that 2009 summer vacation before returning to Coats to complete his senior year at Triton High and eventually land a date with Vaneyll, the girl who had a longtime crush on him.

Elytte Barbour and Vaneyll became best friends and celebrated the news of her pregnancy right before Miranda Dean, also an expectant mother, rolled into town.

Vaneyll and Miranda struck up a friendship and all three began to socialize frequently.

Both teens delivered babies in late 2011. But by the following March, Vaneyll and Elytte Barbour had begun to argue often and were heading for a breakup.

“We had stupid fights,” Vaneyll said. “I’m not even sure what they were about. There were rumors he was cheating on me with (Miranda). But as far as I know, those two didn’t get together until June of 2013.”

Still, the trio remained friends, said Vaneyll, adding, “I know Miranda (Barbour) loved sex and sexual things. We were all together one time and she was touching hot wax and began to moan like she was having an orgasm.”

This October, at the end of his shift at the Coats area restaurant where he was a dishwasher, Elytte Barbour announced was leaving, according to someone who worked there.

When another worker asked what he was talking about, she said Barbour replied simply: “You’ll see.’”

Elytte Barbour and Miranda Dean jumped in her red Honda CRV and headed north to visit Elytte’s best friend from those summer days in New Berlin and to celebrate Elytte’s upcoming 22nd birthday.

On the way, Elytte and Miranda made a stop in Lillington, N.C., where his friend said the couple got married.

“They eloped and no one knew,” he said. “They were only supposed to come up for his birthday and stay for that. He ended up going to the store and buying a bed and chair and a lock box. He also kept a lock on their bedroom.”

Just more than a week later, that best friend said he was shocked to learn that there had been murder in Sunbury.

“(Elytte and Miranda Barbour) are the ones that told me about it,” he said. “They said they were in Sunbury and saw police at the scene, so they watched.”

The Barbours went about their lives as if nothing happened while living in the home of Elytte Barbour’s best friend.

“I never noticed anything strange,” their host said. “She even cooked Thanksgiving dinner.”

Days earlier, Miranda Barbour posted “Happy holidays to me” and flashed a photo of her new $800 wedding band on her Facebook page.

“They got a ring,” their host said. “I don’t know where they got the money. I didn’t even think about them doing anything wrong, even when four probation officers came to my house to check on my other roommate. They never said a word.”

Miranda Barbour earned money as a companion for unhappy males and brought in as much as $850 per meeting, Elytte Barbour told The Daily Item last week, a day after his new wife had been arrested on homicide charges in LaFerrara’s death.

Miranda told police she was alone when she stabbed LaFerrara, claiming she knifed him only after LaFerrara began to grope her and choke her.

With his wife in jail, Elytte Barbour was making the case that she killed in self-defense.

Before the photo of the diamond ring surfaced, Elytte Barbour explained that his wife offered strangers companionship to earn money for the family. Elytte had yet to get his first  paycheck as a dishwasher at a Snyder County restaurant.

“We were strapped for cash,” Elytte Barbour said.

Elytte Barbour stood outside The Daily Item and smoked a cigarette on Wednesday as he detailed his admiration and affection for his teen wife. He insisted she was not the “cold killer” that police said she was, but rather a great conversationalist who would accompany unhappy men for a price.

Elytte Barbour looked around the corner from The Daily Item, down Second Street to the county prison.

“That’s where she is at right now, and I can’t get to her,” he said. “I love her and will defend her innocence in all of this. She is not a cold killer and I believe her. She is my wife.”

By then, Miranda Barbour had surrendered at the Selinsgrove state police barracks and admitted she stabbed LaFerrara 20 times and left him for dead in that Sunbury alley off Catawissa Avenue.

She told police she met LaFerrara online through Craigslist, a website used for buying and selling merchandise, which accepts adult personal ads. They met each other in person on Nov. 11 in the parking lot of the Susquehanna Valley Mall in Hummels Wharf.

Back in Coats, Vaneyll wasn’t buying Miranda Barbour’s story about having just “delightful conversations” with men for money.

“She hated them a fiery passion,” she said.

“It sounds harsh, but she would always talk about it,” Vaneyll said. “When we first heard about this and saw Miranda in the newspaper, I didn’t think anything of it. It didn’t surprise me. When I saw about Elytte, on a scale of 1 to 10, it blew off the charts.”

Police say Elytte Barbour was hidden under a blanket in the back of the Honda sport utility vehicle that night. Upon a signal from his wife after she and LaFerrara reached Sunbury, Elytte allegedly hooked a cable around LaFerrara’s neck.

Elytte Barbour then entered a Routes 11-15 department store and purchased cleaning supplies and a red towel, one that might not easily show evidence of bloodstains.

He was arrested Friday night on charges of criminal homicide. “I loved him and he was supposed to be there for his child,” Vaneyll said. “I can’t even believe any of this happened to him. I don’t know how to tell her that he murdered someone.”

“I trusted him,” he said. “This is something I will never forget for the rest of my life. I didn’t even know how to tell his family.” Elytte has a sister and parents, all of whom were unavailable Saturday.

“The last time I heard from him was (Friday) when he texted me and said he was with police and that he loved me and to tell his daughter he loved her,” his friend said.

“I didn’t hear anything else.”

Timeline of the Barbour Murder case