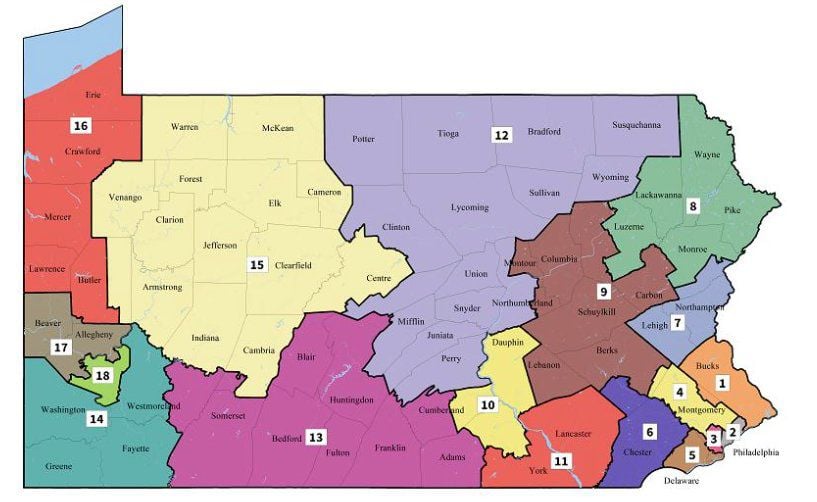 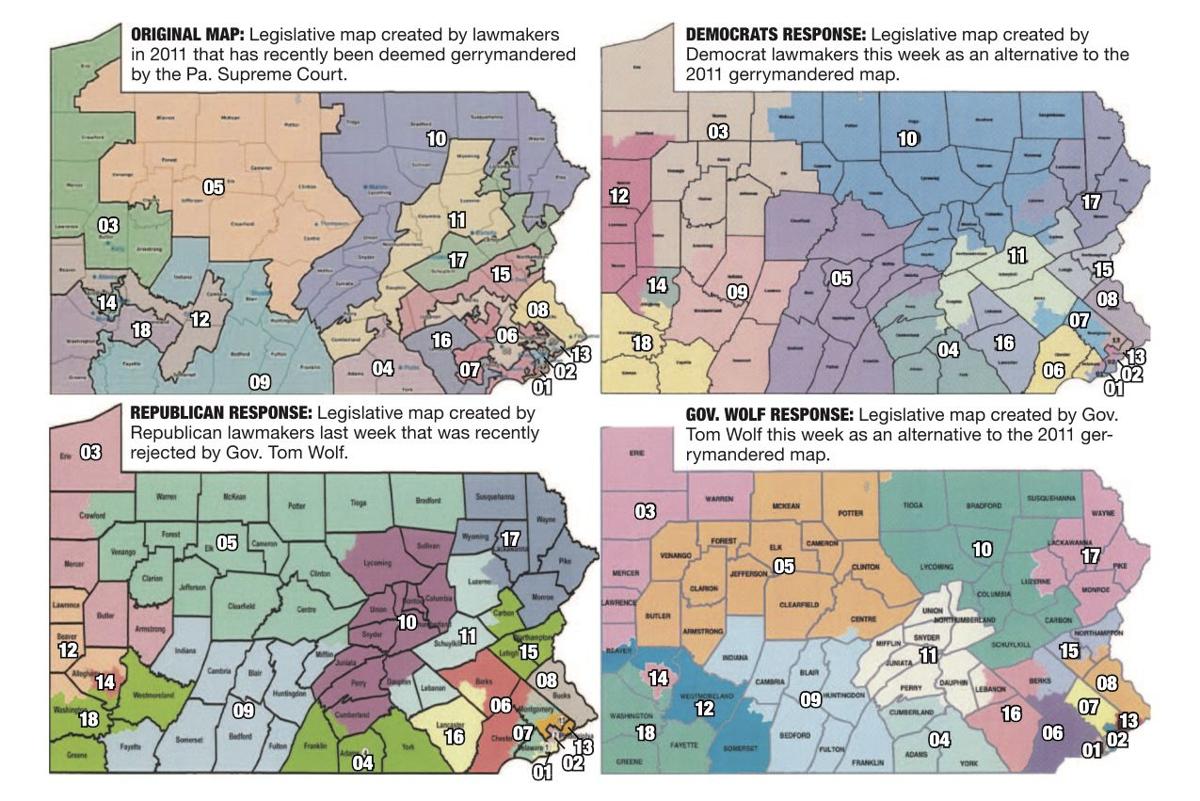 The Pennsylvania Supreme Court is imposing a new congressional district map for the state's 2018 elections, meeting its deadline to do so and likely setting up a challenge from Republicans.

Monday's order means a new map is to take effect in the May 15 primary. Republican lawmakers are expected to quickly challenge it in federal court, arguing legislatures and governors, not courts, have the constitutional responsibility to draw congressional maps.

If it stands, the revised map is almost certain to improve Democrats' chances in more seats this year.