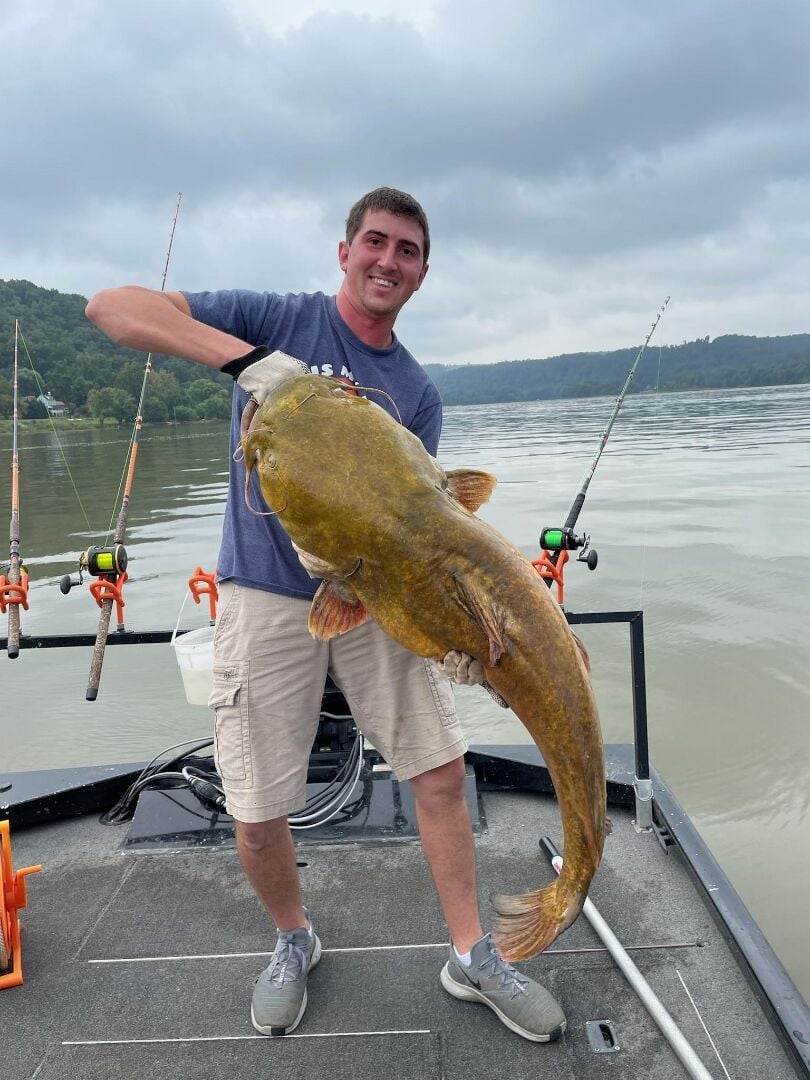 Garrett Hollenbach holds a 57-pound, 8-ounce flathead catfish he caught during a fishing tournament Sept. 18 on the Susquehanna River near York. 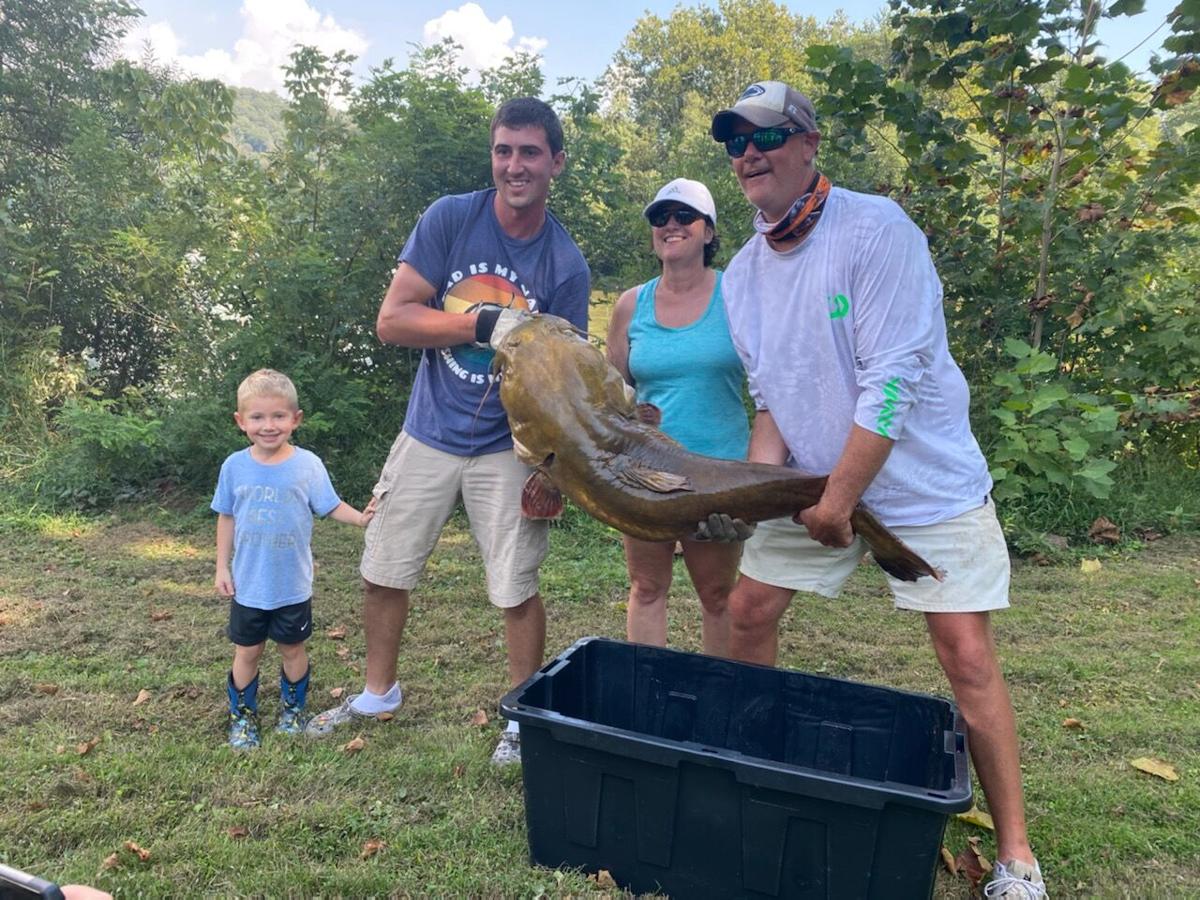 Garrett Hollenbach holds a 57-pound, 8-ounce flathead catfish he caught during a fishing tournament Sept. 18 on the Susquehanna River near York.

Garrett Hollenbach started fishing with his dad on the Susquehanna River almost as soon as he could walk. Now, he may be the next state record-holder for the heaviest catfish ever caught in Pennsylvania.

On Sept. 18, Hollenbach and his team, Krazy 4 Katz, caught a 57-pound, 3.8-ounces flathead at the 4th Annual Catfish Mafia Iron Man Tournament in the morning rounds of the competition near York.

Hollenbach and his two teammates, Tom Prowant and Ruth Osman, had been fishing for hours on the Susquehanna River when they finally got the opportunity of a lifetime.

“I was actually going for a sandwich when my rod started to peel and drag like crazy,” said Hollenbach, of Selinsgrove. “Tom was frantically telling me to look at my rod. It was just game-on after that.

It was 15 minutes of pure abuse, saddling this fish.”

After reeling the fish in close enough to see it, the team knew they had caught a winning fish.

“The first glimpse we got of the fish was just the tail. and as soon as we saw that, we were all in shock. We knew it was something huge,” Hollenbach said.

“It was a vicious bite and it took off running,” he said. “We knew it was monstrous.”

A few weeks ago, the group took a practice run to the same spot, Prowant said. They pulled a 40-pounder of there and Prowant said he has had tours catch 50-pounders in the same location, between the Safe Harbor and Holtwood dams on the river.

Once they got the fish to land and realized they might have a record-caliber catch, he said they weren’t sure what to do. They made phone call after phone call to try and find a scale because the tournament organizer didn’t have one on hand.

“When I netted it, I thought, ‘this might be a state record,’” Prowant said.

“After all the measurements we safely released it and it swam off healthily back out to be caught again,” said Hollenbach.

Despite the weight breaking the state record, it still hasn’t been confirmed with the Pennsylvania Fish & Boat Commission. All the papers to confirm the catch are now in Harrisburg though, waiting for approval. According to the Fish and Boat Commission, the current record is 56 pounds, three ounces, caught in 2020 by Jonathan Pierce in the Schuylkill River.

“One thing you have to have when getting a fish certified is a Fish Commissioner present, but we were unable to get in contact with any Fish Commissioner,” said Hollenbach. “So, I got in contact on Monday with the head officer for the southeast area. I explained to him what happened. We don’t have live wells big enough to keep a 60-pound fish alive.”

Hollenbach and his team are hoping that the photos of the credited scales, videos of the measurements and word of mouth of the other fishermen is enough to convince the Commission to approve of the record.

If confirmed, it could be the largest fish of any kind ever caught in Pennsylvania. The Fish and Boat Commission’s website lists the 56-pound flathead caught last year as the largest of any kind. The state record for bass is 53 while a 54-pound muskie was pulled out of Conneault Lake in 1924.

He said that he used a Big Cat Fever medium-heavy action rod with large chunks of fall fish as bait. But, Hollenbach said that it wasn’t the gear that helped him out that day. He said his teammates deserve just as much credit.

“They’re my teammates, and we call it as a team. So it’s a group effort. We’re all taking credit for it,” said Hollenbach.

The team won first place for the point series, but they ended up earning seventh in the team overall due to a poor evening performance. Teammate Osman also won the Lady Angler of the Year Award.

Hollenbach’s two sons, Boe and Becket, along with his wife, were able to make the two-hour drive just in time to watch the measurements of the fish.

Although Hollenbach needed to see how his sons were feeling, he said he planned on going out to fish again this weekend.

“My wife and I were going to go down for a catfish date to see if we get some more big ones on the boat,” said Hollenbach.