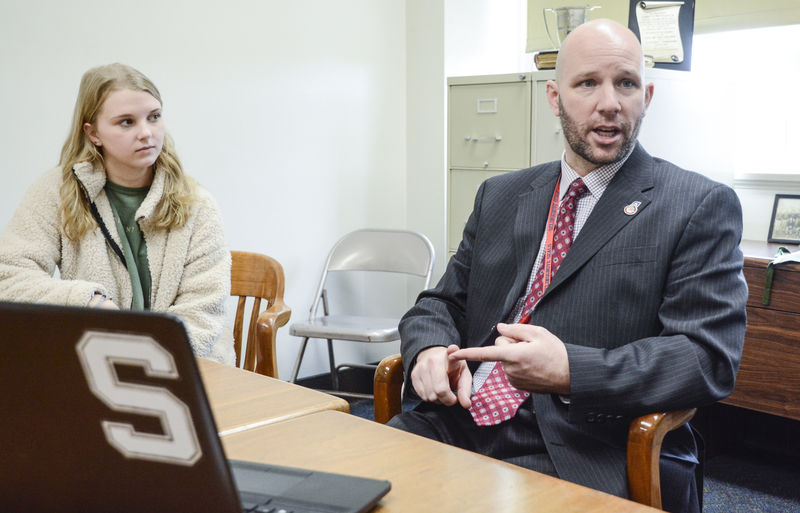 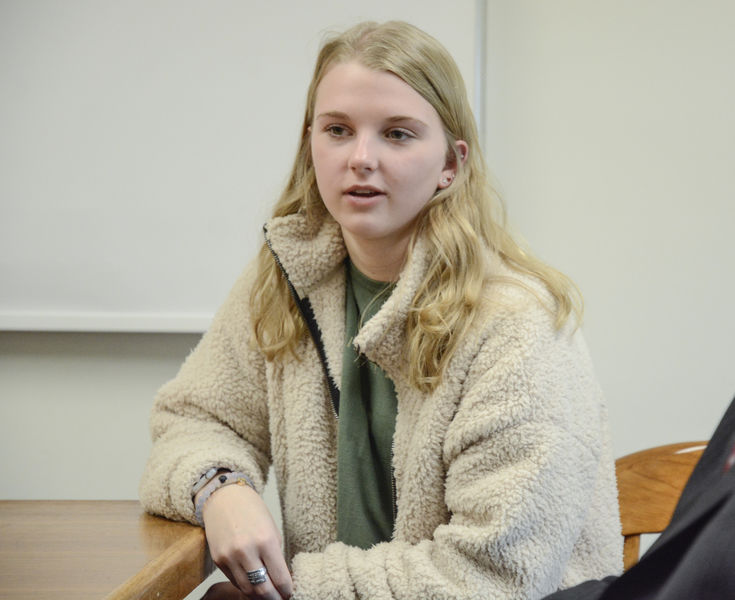 Although Rusesky has already been accepted into the Indiana University of Pennsylvania, she recently heard about and then applied to The Seal of Employability, a new certificate program at Selinsgrove High School, that she believes will help her with future job applications, this summer and beyond.

The idea for the program is to give students from Selinsgrove an edge in gaining employment, especially locally, said high school principal Brian Parise. "More importantly, recognizing students who oftentimes go unrecognized.

"At our graduation, we recognize national honor society, top 10 percent, and then students who get recognized for scholarships to colleges," Parise said. "But there are a group of students who have gone through high school very successfully, who have had full or part-time jobs during two or three years of being here. They are always on time. They are always well behaved and they are highly employable, based on what we know bosses want now."

The District had no vehicle to recognize those students, added business teacher Mike Stebila, who came up with the idea last year.

The vision was a Seal of Employability certificate that a student could take to an employer, to a job interview, Stebila said.

The certificate would indicate that the student has met certain criteria that make them more employable than some other students. It's a way to recognize them. There are large numbers of students in high schools that do what they are supposed to do every day and might not necessarily be bound for a four-year college, might be going into the workforce or the military, and they are as employable as anyone else.

The program is in its infancy, barely a month old, and Rusesky was one of the early applicants. As of early February, less than 10 students have applied to the program, but Parise expects that once the word gets out interest in it will explode.

"When I first heard about the program I thought it would definitely help with job applications, college applications, and resumes," Rusesky said. "It makes you look like you're a hard worker for one thing."

For example, she said, "if I saw a marketing company looking for someone, that would be of interest to me this summer."

After the administration bought into the idea at the end of last school year, "it was then a matter of logistics," Parise said. "Talking to a few business leaders, like Bob Garrett, of the Chamber of Commerce, trying to come up with some criteria that set high expectations, but definitely attainable for a high school student."

Parise and Stebila tried to turn that into an application that focuses on good attendance, good behavior, soft skills, ability to work in teams, problem-solving. They also would like to see applicants have some kind of work relevant job experience, such as internships.

There is a behavioral component to the application as well.

"We expect there will be few if any disciplinary referrals," Parise said. "Because you need to exhibit positive behavior when you're employed. I asked one employer what he looks for in an employee, and the response was 'someone who shows up on time, sober.'"

The focus is not on any particular job field.

"It could be anything," Parise said. "We didn't want to limit it to students who are going right into the workforce because our students going to two or four-year colleges also want to demonstrate that they are employable with a set of soft skills and good attendance. For some students, this might give someone a leg up on summer or part-time employment while they are going to school."

When the school solicited support from local businesses, fast food restaurants on the strip, law offices, and doctor's offices bought into the concept.

Over 200 letters to employers were sent out, Parise said. "We didn't 100 percent responses, but the response was overwhelmingly positive. Employers like the idea of the program."

Employers, Parise has learned, need workers. "Send us who you have, they're telling us," he said.