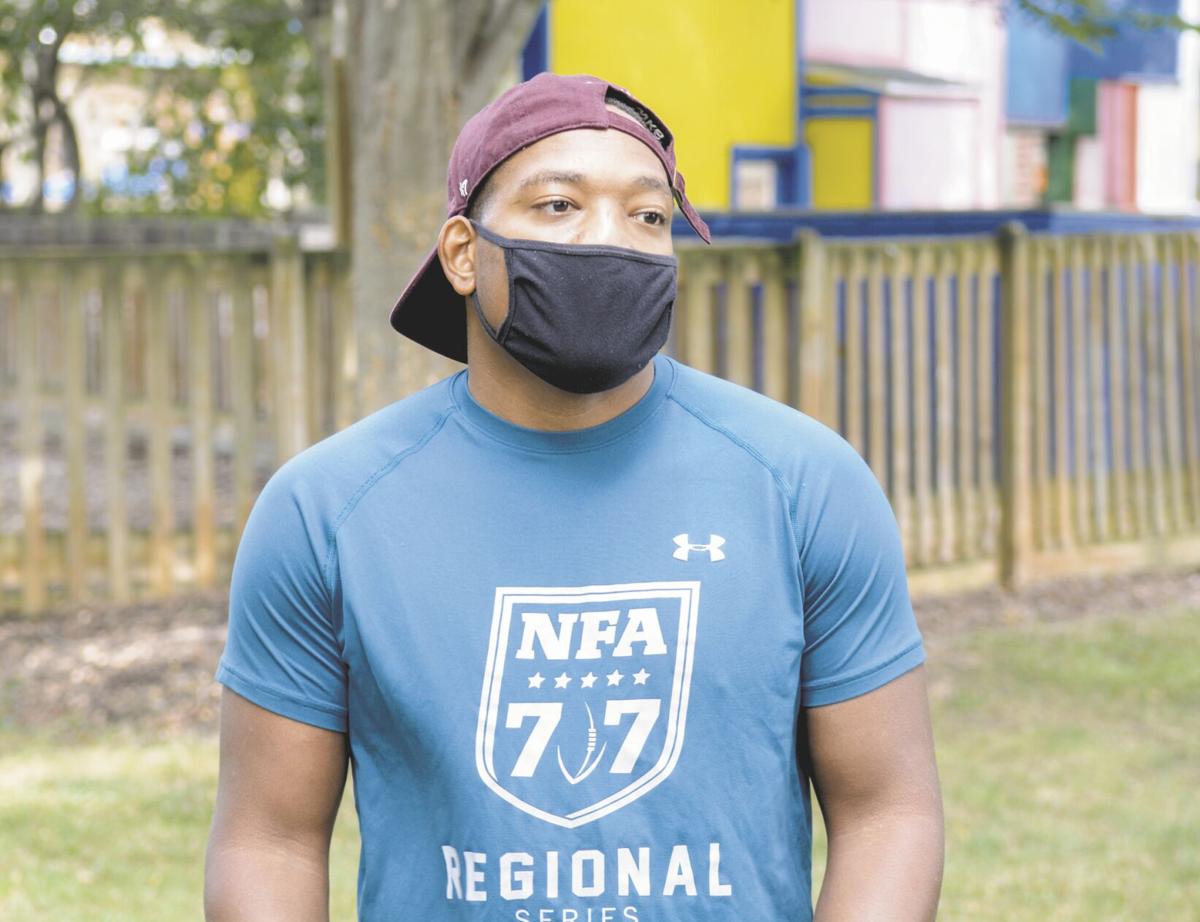 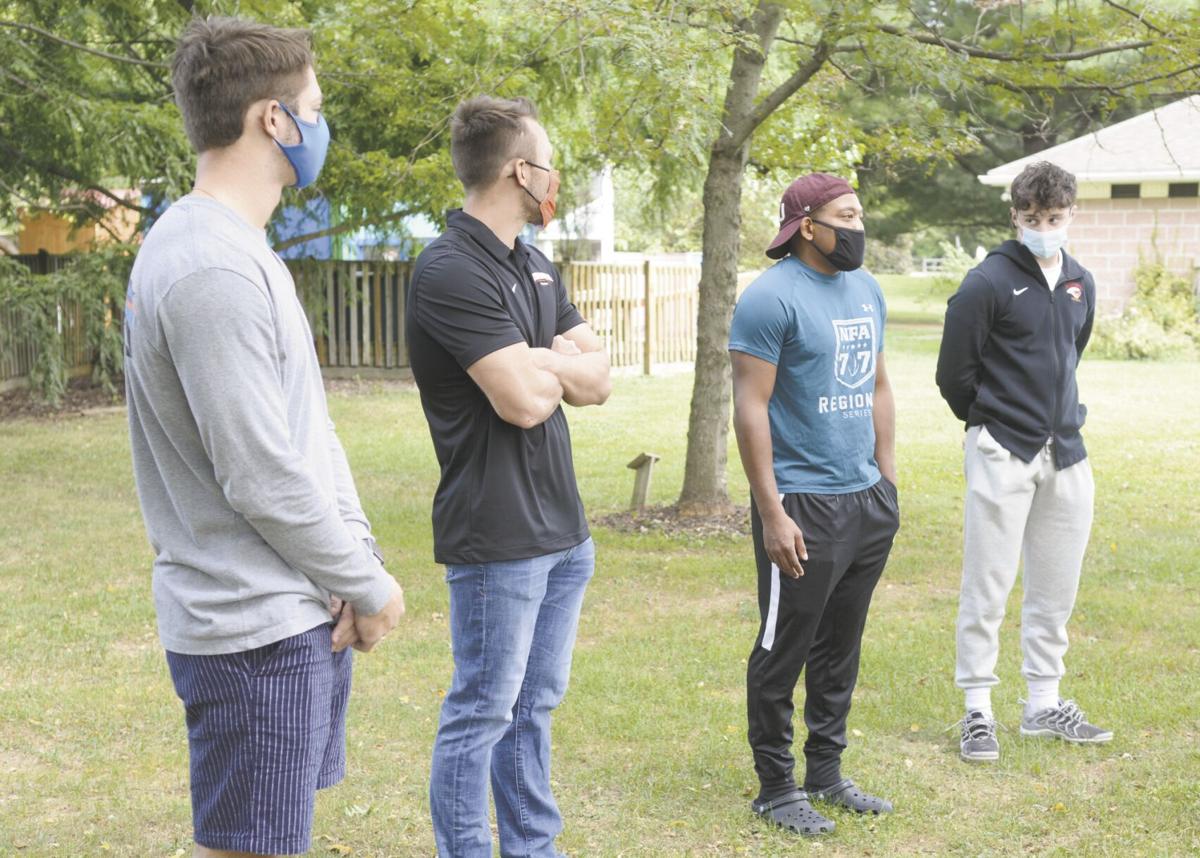 Robert Inglis/The Daily Item Susquehanna University football players Nick Sottile, left, Nate VanCampen, Dennis Lee, and Aaron Kahn talk about a service project that they and other team members will be participating in around Selinsgrove. 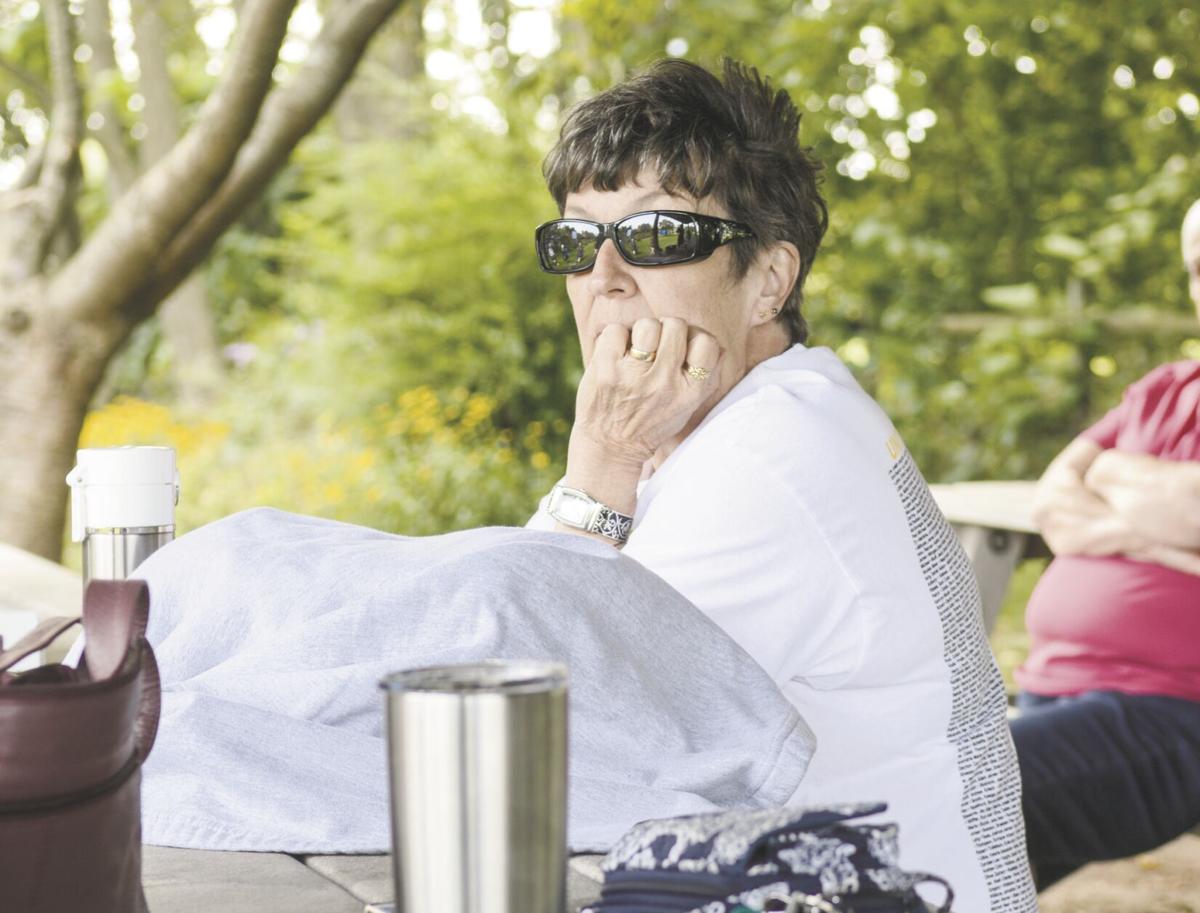 Robert Inglis/The Daily Item Selinsgrove resident Eileen Stauffer is happy to hear what the Susquehanna University football team will be doing with some volunteer projects this year.

Robert Inglis/The Daily Item Susquehanna University football players Nick Sottile, left, Nate VanCampen, Dennis Lee, and Aaron Kahn talk about a service project that they and other team members will be participating in around Selinsgrove.

Robert Inglis/The Daily Item Selinsgrove resident Eileen Stauffer is happy to hear what the Susquehanna University football team will be doing with some volunteer projects this year.

SELINSGROVE — Susquehanna University senior Nate VanCampen was left "deflated" by the cancellation of the football season due to COVID-19 but the athlete and his peers are gearing up to make advances off the field as they embark on a season of community service.

VanCampen is one of eight football players on the Season of Service committee — or SOS. The service project is the brainchild of assistant coach Alan Zemaitis, who wants to put the more than 100 sidelined athletes out in the community to be of service and improve relations between people amid the health pandemic.

In his appeal for volunteers, Zemaitis told the players that as one of the "most diverse teams" on campus he wanted to use them to demonstrate that people of all backgrounds can work together in harmony.

"Sports has been a big part of my life, but I'm in the people business," said Zemaitis of why he wanted to use his platform to connect with and engage Valley residents.

"As a minority, I kind of felt obligated to do this," freshman Dennis Lee said. "With everything going on in the world, I think it would be good for ... minorities to be shown in a positive light."

Like VanCampen, Lee was disappointed when Susquehanna canceled the football season during the pandemic but chose to attend anyway.

"I had other options, but I love this school, this team and the coaches. It's a good community," he said.

Senior Nick Sottile has worked closely with Zemaitis throughout his college football career and jumped at the chance to be a part of the project that will begin with the athletes working to improve Kidsgrove, a nonprofit playground in Selinsgrove.

Other ideas include a mentorship with Selinsgrove Area School District students and helping elderly residents maintain their properties.

"This gives us a chance to do some work and meet people who have supported us for years," said VanCampen who was exposed to clashing responses to the Black Lives Matter movement in his hometown of Hanover, Pa., and wants to be part of a movement repairing those divisions.

Being part of a team that will work closely with people of different ages, genders, race and ethnicity, Sottile said, "I hope that will change some people's mindsets."

"People don't naturally have hate in their hearts," he said.

As the athletes left Kidsgrove following an interview with The Daily Item, a group of women stopped them to thank them for the service project they are embarking on.

"It'll be good for them to connect with the community and good training for them to work with others," said Ann Schriver, a former Selinsgrove resident now living in West Virginia.