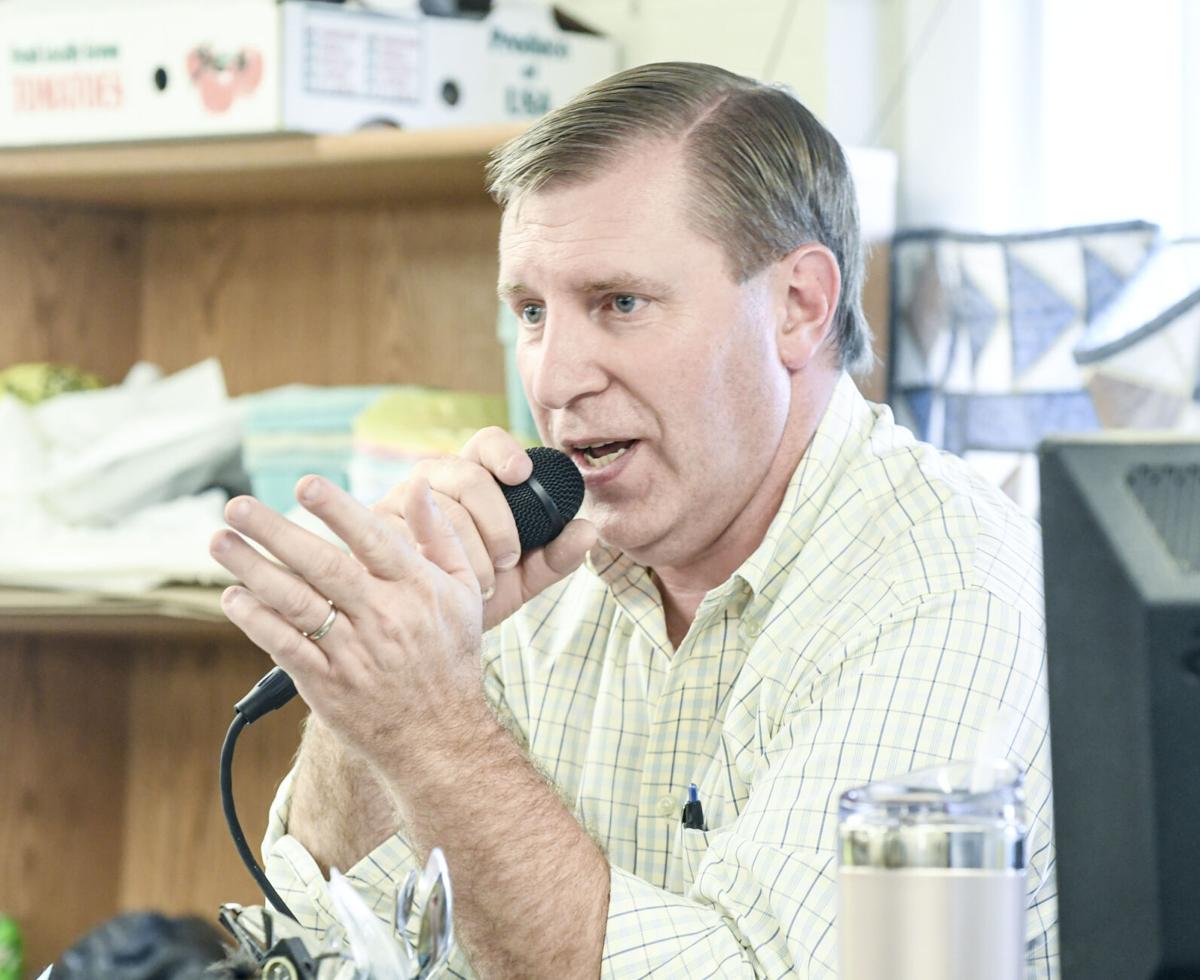 Joe Kantz calls out bids during an auction last week at the Beaver Springs Auction House. 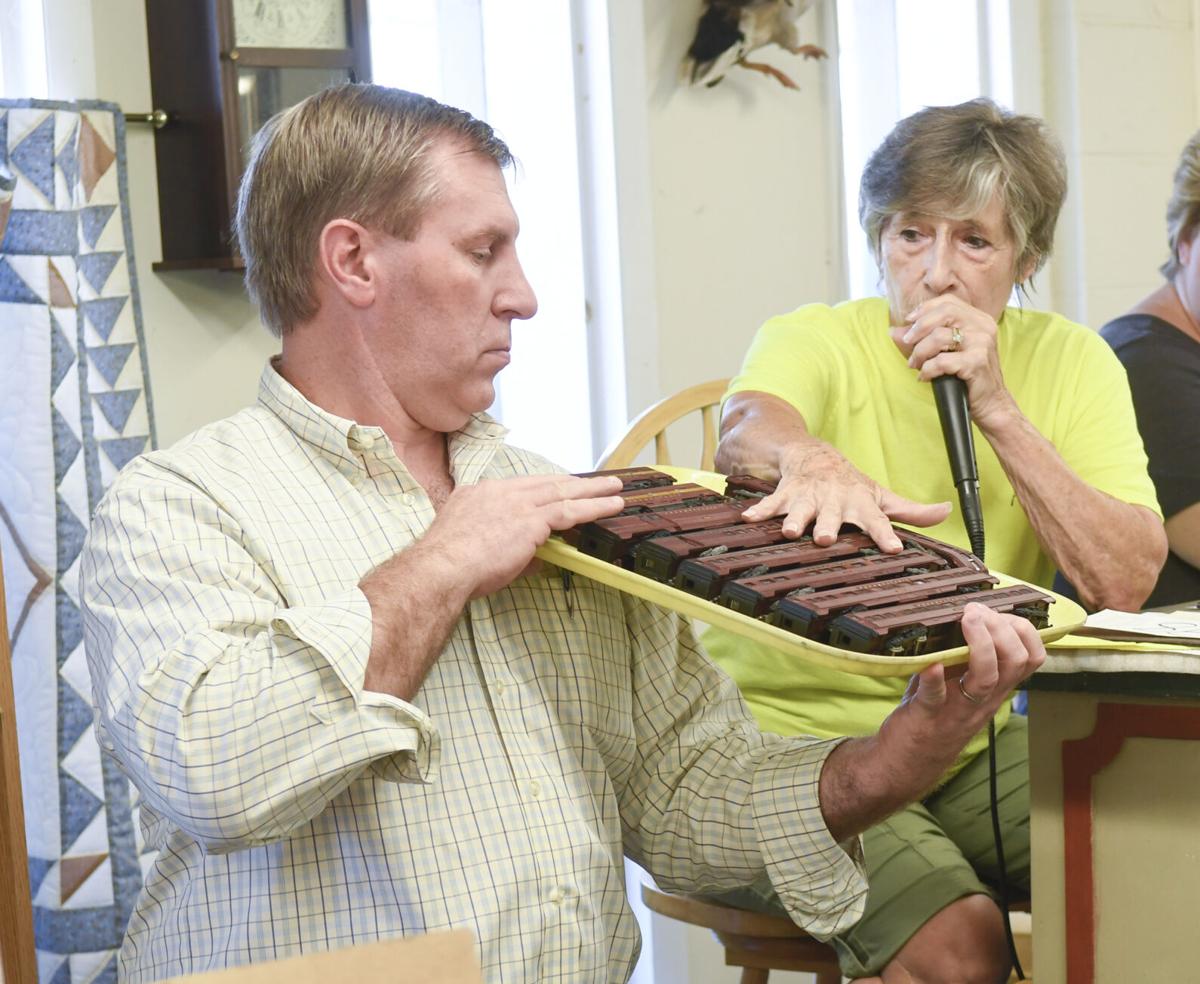 Joe Kantz holds up a tray of model trains as Auctioneer Dawn Miller calls out to the crowd during a Tuesday night auction at the Beaver Springs Auction House. 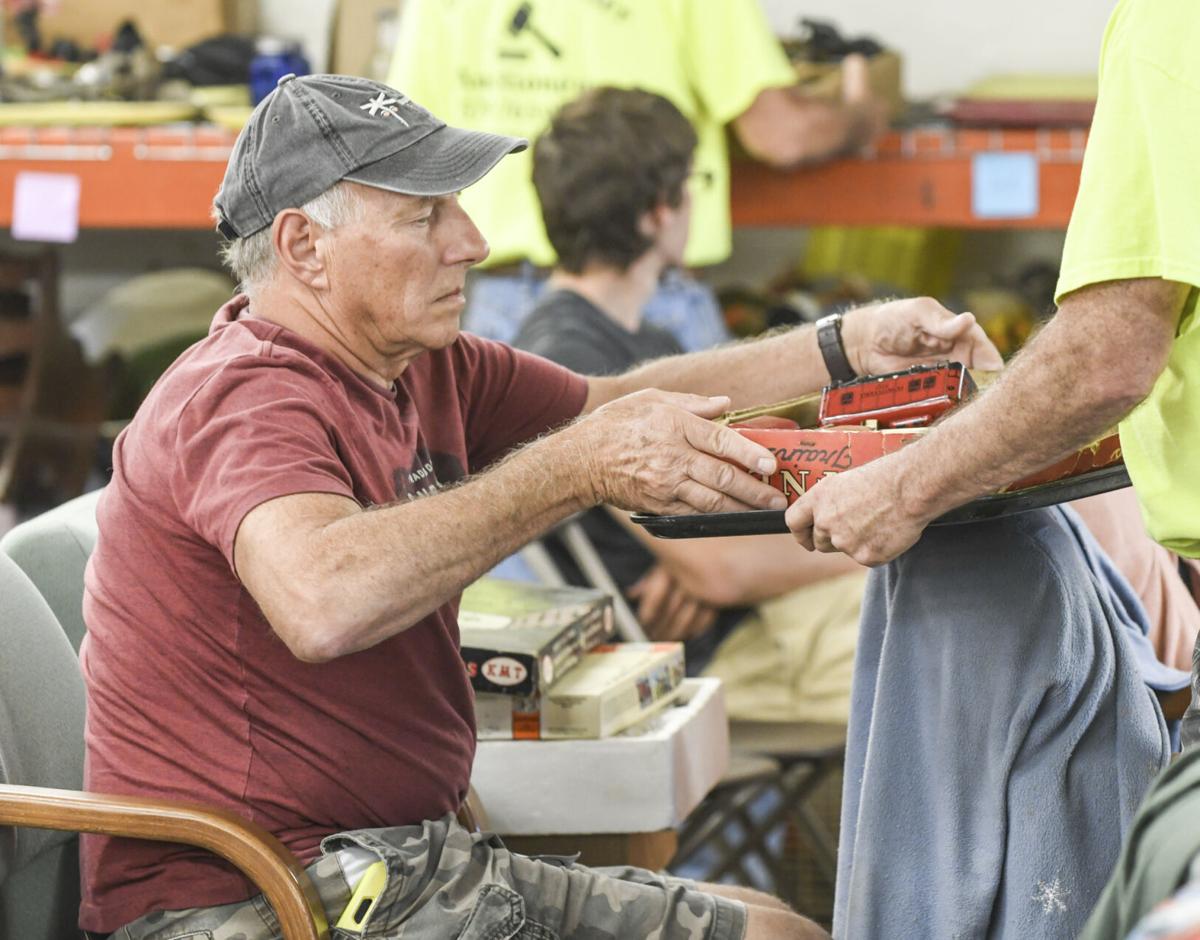 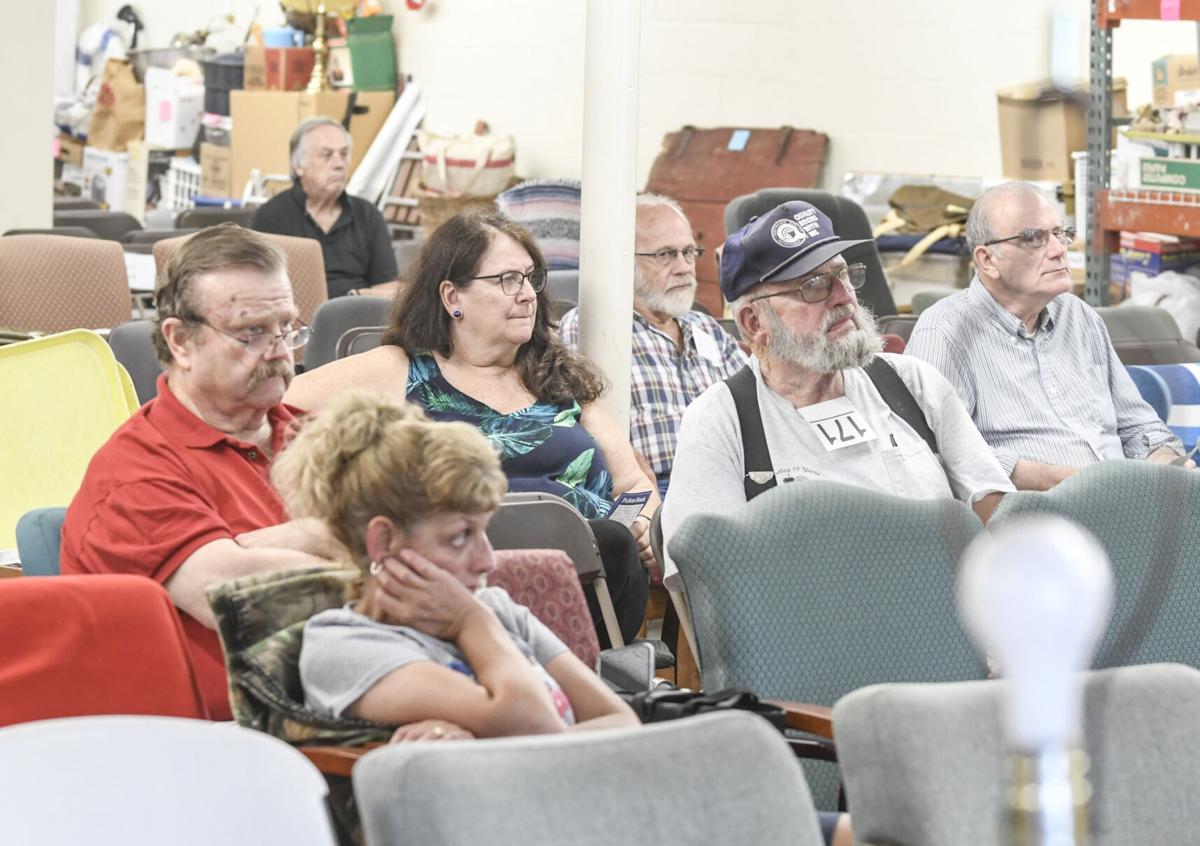 A small crowd turned up for a Tuesday night auction at the Beaver Springs Auction House.

Joe Kantz calls out bids during an auction last week at the Beaver Springs Auction House.

Joe Kantz holds up a tray of model trains as Auctioneer Dawn Miller calls out to the crowd during a Tuesday night auction at the Beaver Springs Auction House.

A small crowd turned up for a Tuesday night auction at the Beaver Springs Auction House.

BEAVER SPRINGS — Last November, Joe Kantz gave up the singing career he pursued for more than 28 years and decided to use his voice for another hobby — as an auctioneer.

The Snyder County commissioner, who works part-time at North Shore Railroad, has enjoyed attending local auctions for years and recently obtained his apprentice auctioneer license from the Pennsylvania Department of State under the mentorship of Dawn Miller, owner of Beaver Springs Auction House.

“When I stopped singing, I started this,” said Kantz, a Christian country singer who gave up performing and recording during the COVID-19 pandemic due to the lack of performance opportunities.

While attending one of Miller’s public auctions earlier this year, Kantz’s interest was piqued when she suddenly lost her voice.

Miller had to telephone for backup, but the closest auctioneer was more than an hour away from the location.

As a result, she had to plow through selling merchandise until he arrived. Most auctions at Miller’s business last about four hours.

“It was all I could do not to jump up and fill in,” Kantz said.

When he told Miller of his impulse, she encouraged him to learn the trade she’s worked in for four decades.

He began studying auctioneering on YouTube and practicing in his home studio where he does a radio program.

A couple of months ago, she “put Joe on the block” and had him selling items at the auction house.

“It’s the most nervous I’ve ever been,” he said.

The act of auctioneering is not just “fast talking” but being able to gauge the crowd’s interest in items and remain alert to bids being offered in a crowd that often includes 100 or more people.

“A lot of people think you only show up and sell, but that’s the easy part. There is a bit of showmanship to it,” said Kantz, who doesn’t shy away from the spotlight.

“Being on stage for 30 years, I’ve learned to pay attention to the audience.”

“He’s just a natural,” said Miller, who said having another licensed and bonded auctioneer is helpful as she holds auctions every Tuesday and Friday and on-site auctions on Saturdays.

With Miller, Kantz is learning about the business, from meeting with clients, speaking with bidders and moving merchandise off the block.

“When I retire, I hope he’ll take over the business,” she said.

Kantz must work as an apprentice for at least two years and participate for compensation in 30 auctions before he’ll be eligible to take a test to become a licensed auctioneer.

He’s getting positive feedback from regulars like Jim Criswell, a Mifflintown flea market vendor, who attends the auction house every Friday and appreciates how Kantz approaches the job.

“He has a sense of humor,” said Criswell.

Angie Neil, of McClure, had no idea Kantz was an elected county official, but said she considers him to be a good auctioneer.

“My father and brother were auctioneers,” she said.

For Kantz, trading singing for auctioneering has been a smooth transition and he’s especially pleased he has found another outlet to share his faith and values.

“Singing was my ministry for 28 years, but with this, I have more opportunity to share it by talking with people,” he said. “I’ll make comments when I’m selling pots and pans about how it would be nice if we could return to the time when we’d have dinner as a family. I’ll share things that are important to me.”

Still, the business of selling clients’ items is his priority.

The most fun he’s had so far was at an estate auction that included handmade quilts, one of which started at $350 and rose in $25 increments to a total of $2,000.

“I’ve used my voice all my life,” said Kantz. “A lot of people come out here to be entertained. I know how to have fun with people and I listen.”