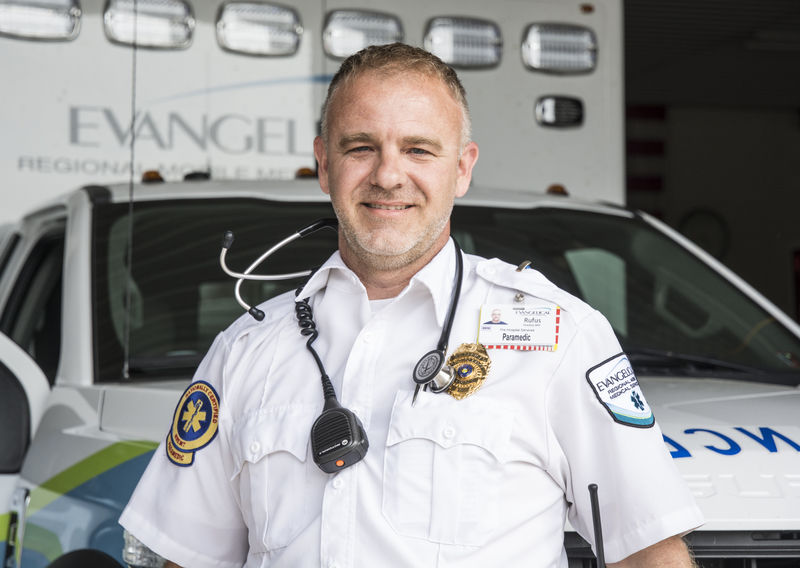 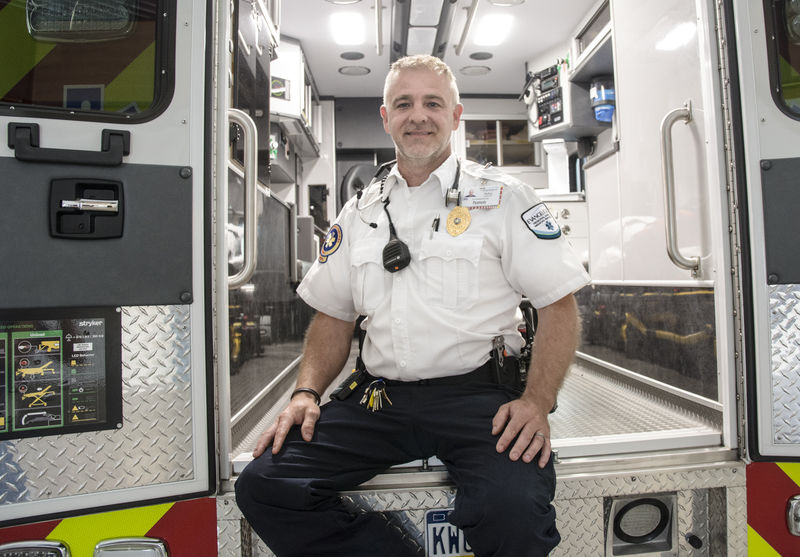 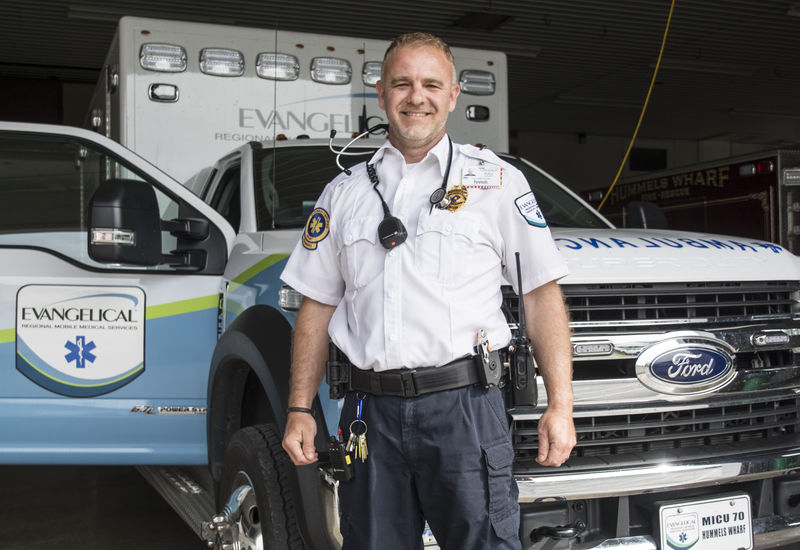 HUMMELS WHARF — Jay Peachey worked as a mason, real estate agent and owned a landscaping business before finding his life's purpose as a paramedic.

"I look forward to going to work every day," the 41-year-old father of four said.

Raised in the Amish-Mennonite community, Peachey started working in construction after completing his eighth-grade education.

"I thought I would do that for the rest of my life, but after 15 years my body was just exhausted," he said.

Peachey left construction and started his own landscaping company, specializing in erosion and sediment control. He employed eight when the economy took a dive in 2008 which led him to eventually close down.

His next endeavor was in real estate, which he enjoyed for three years.

"But something was missing," he said.

Peachey learned what that was four years ago when he joined the Milton Fire Department and within months became an emergency medical technician.

"I felt I discovered my purpose and I can tell you where I was when that happened," he said, describing the day he walked into the apartment of a frail 103-year-old woman's room and as he carried her to the gurney she whispered, 'Thank you.' "The feeling went through me that, this is it. This is what I have to do."

Setting his sights on attending Penn College to become a certified paramedic, Peachey knew that without a high school education he would have to work hard to pass the entrance exam so he hired a tutor and studied through the summer.

"Jay was very determined and goal-oriented," said Chandler Sheaffer, a Midd-West High School math teacher. "He worked his tail off. He didn't have formal math training but he brought so much real-life experience to his work."

Peachey, who along with his Amish-Mennonite-raised wife, Cheryl, no longer belongs to the community but he credits the strict, conservative upbringing with his success.

"I wouldn't have gotten through without the work ethic I was taught and since we didn't have television, I read books. Hundreds and hundreds of books," he said.

His approach to work these past several months has changed due to COVID-19, including wearing full protective gear on some calls, but it hasn't dampened his passion.

"This has increased my love for the profession," Peachey said. "I go to work every day with a purpose."