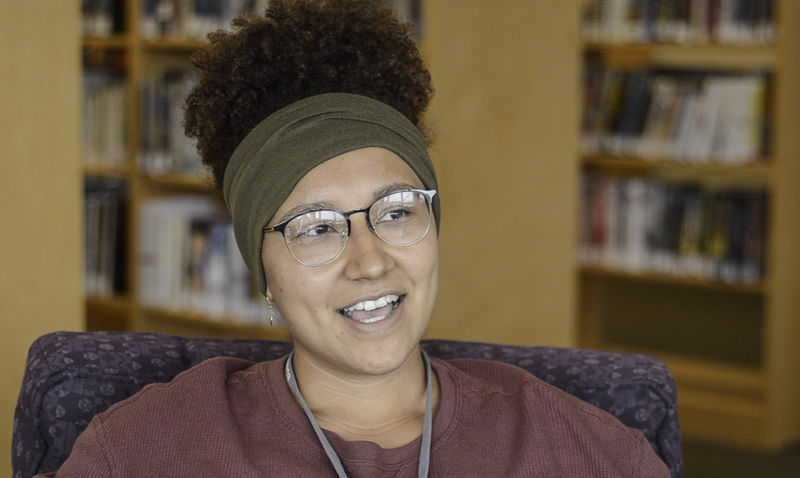 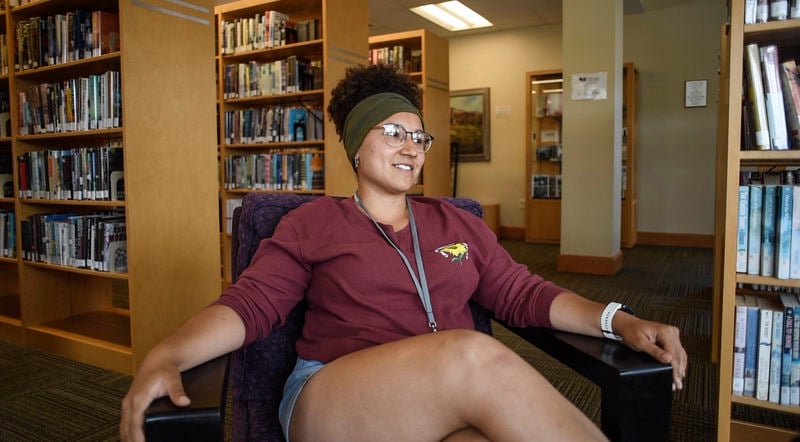 At a very early age, Sierra Medina says she had to endure and overcome discrimination because of the color of her skin.

"I lived outside of Philadelphia for a couple of years," Medina, now 19, said. She moved with her mother, first to Williamsport, then to Selinsgrove when she was in the third grade. She was educated in the Selinsgrove school district.

"I think my first recollection of being discriminated against was in fifth grade," she recalled. "There was this boy on the bus. I was picked on because of how I looked. My mom, through action, later communicated to me that it was better to whitewash myself."

So she said she tried to look less Black and more like her Puerto Rican father.

For school pictures, she would straighten her hair. "My mom never taught me to take care of my hair. Just to hide it. I remember trying to assert that I was Puerto Rican because I thought it would make me cooler, and be more accepted," she said.

Medina said she struggled with self-worth. "I had low self-esteem. And when someone said, 'Go back to Mexico,' that didn't help."

It wasn't until her junior year in high school that she decided to wear her hair naturally. It happened when she shaved her head (portraying Barack Obama in a class exercise) and felt like she was starting over. It was then that she decided to embrace herself. "When I do that, I believe I am the most beautiful I can be," she said.

In her entire life, leading up to college, Medina said she has had only one Black teacher.

It was her freshman year in high school and she took an advanced history and English class taught by Harvey Edwards, then at Selinsgrove and now at Susquehanna University.

"His presence in my life was important to me," she said. "I remember his passion and the respect that people had for him. It was beautiful. I feel like he took special attention to foster my gifts. He is the reason I am a writer today. He was instrumental in me having confidence. He gave me hope."

While Medina said she felt discriminated against, she said she has not had any experiences in the Valley where she felt fear because of the color of her skin.

Still, she knows that black and brown bodies are seen as more dangerous. "That is really clear to me because if I am walking out of grocery store you hear car doors lock, or someone might pull their handbag closer to themselves. It is almost like a learned response that communicates that we are dangerous or we aren't well-intentioned."

It is a defeated feeling sometimes, she said. "I have to put so much more effort and emotion into communicating that I am not dangerous. I am smart. It's a little more tiring to be alive, I guess."

Being in this mostly-white area meant she had to be better, work harder, to be accepted. "It is hard when sometimes you feel like you are representing your entire race, in an area like this. That gets to be exhausting."