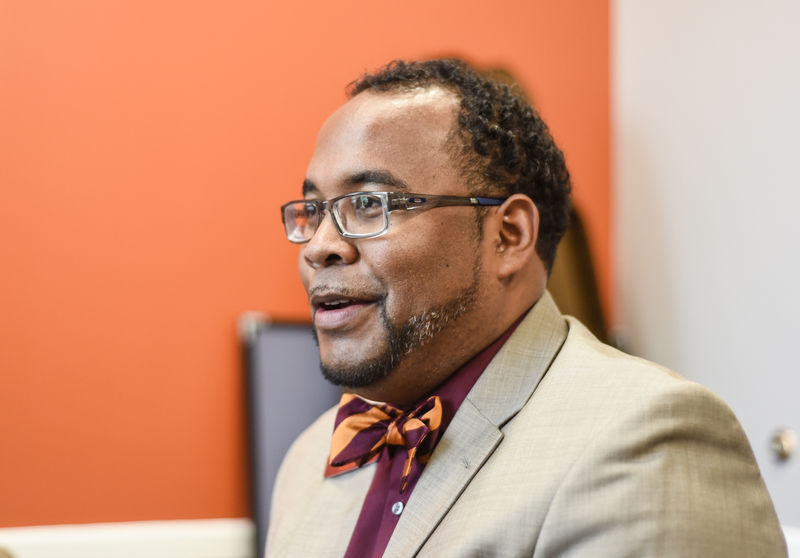 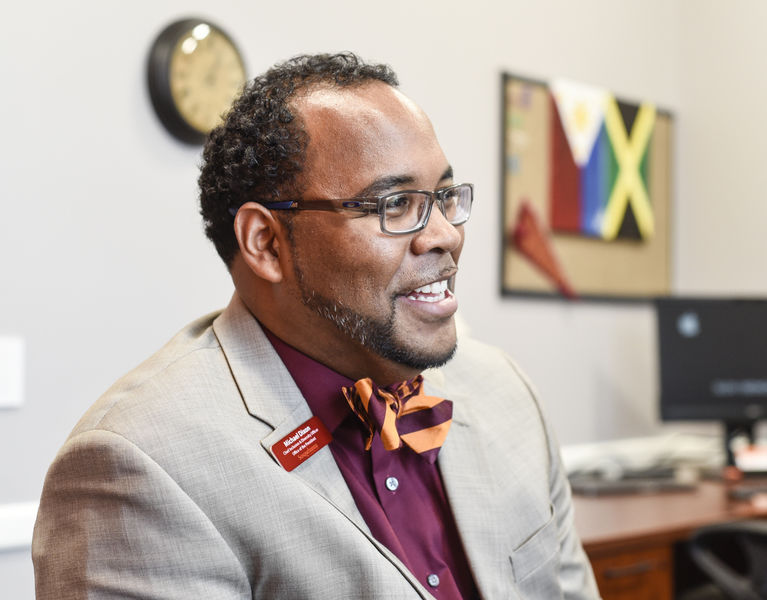 SELINSGROVE — Susquehanna University Chief Inclusion and Diversity Officer Michael Dixon’s role is so significant that his office is located steps from the office of President Jonathan Green.

Developing initiatives to support inclusion and diversity efforts “is desperately important to the school community. In many ways, it’s the most important work we do,” said Green. “If we don’t do it, I don’t know who else will.”

Susquehanna has employed diversity officers since 2001, including Dena Salerno who has served in the student-focused position since 2008, but Dixon is the first to hold the position of chief inclusion and diversity officer. His responsibilities also include increasing diversity among faculty and staff.

Dixon, who has been on the job for two weeks, said his focus is on having “people to think of diversity less in terms of numbers and more of a mindset.”

Relationship-building is at the core of his work. Dixon intends to interact closely with faculty, staff, students and residents to get an understanding of their viewpoints and learn what issues need to be addressed.

A few students have already spoken with him briefly about the challenges they face at Susquehanna, including black students who told him they will not go downtown or on the Routes 11-15 business strip alone.

Two students expressed similar concerns about being treated poorly visiting downtown establishments. Their comments came during a public forum held last month to strengthen the relationship between the university and Selinsgrove borough.

Green said he’s aware of the prejudice some minority students face when they leave the campus and wants the university to be part of the solution by modeling a “welcoming and supportive community for everyone.”

Universities across the nation are grappling with the issue.

In October, Michigan State University officials downplayed a toilet paper noose hung on the dorm room door of a black student as a “prank.” Salisbury University students in Maryland demanded action earlier this month after racist and sexually explicit graffiti was written on a campus building. Closer to home, a large protest was held last week at Bloomsburg University after a video surfaced of a student from Paxinos mocking a slave auction and repeatedly using the ‘n’ word.

Dixon said a similar incident occurred at Manchester University in Indiana where he worked for eight years, most recently serving as the school’s chief diversity officer and director of intercultural services.

“Susquehanna is very similar to Manchester,” he said of the rural settings and community demographics. “I’ve lived most of my adult life in rural areas. I enjoy the rural environment. There’s a charm living in a small town where people know each other and, for the most part, care about each other.”

Dixon and his partner, Ali, and their sons, Michael III, 6, and Quincy, 3, plan to live in the borough of Selinsgrove.

To address racial issues on and off-campus at his previous job, Dixon said, he worked with others to develop initiatives aimed at raising awareness. In his new role at Susquehanna, he plans to reach out to schools and organizations in the surrounding area and hopes to bring speakers to the campus to help further those initiatives.

Dixon, whose father is from Jamaica and mother was born in the Philippines, said being raised bi-racial in a military family has helped him in his career.

“We moved around a lot and I had the opportunity to learn about all different types of people,” he said. The family lived in several states and the Philippines during his childhood, giving him a broad social education.

Not only are Dixon and Green working in close proximity, but their haberdashery choices are very similar. Like Green who prefers bow ties to traditional neckties, Dixon has been wearing distinctive neckwear for years.

“I like them because they’re different,” Dixon said, sitting in his office that he has had one wall painted in the school colors of orange and maroon.