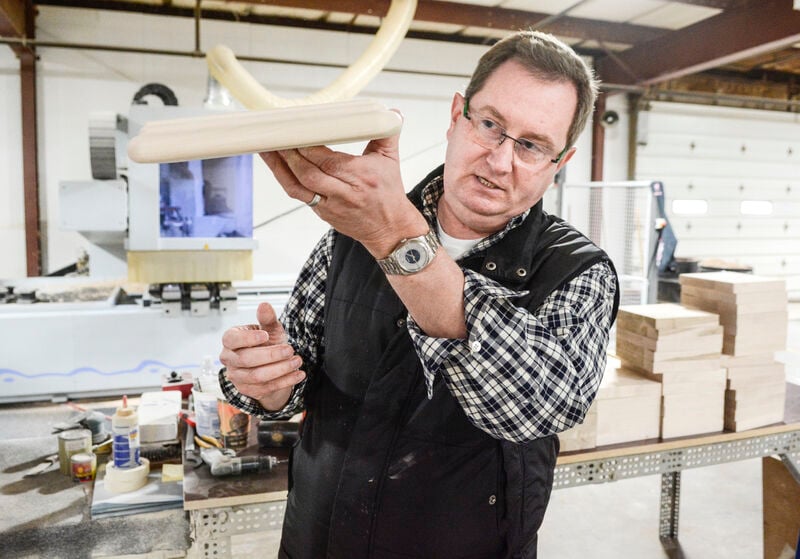 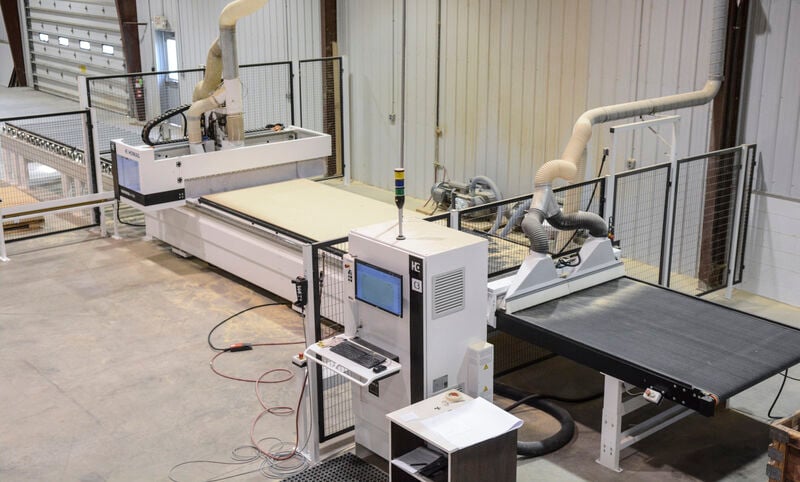 Robert Inglis/The Daily Item Some of the new cabinet making equipment that was purchase for the William Penn Cabinetry company in Freeburg. 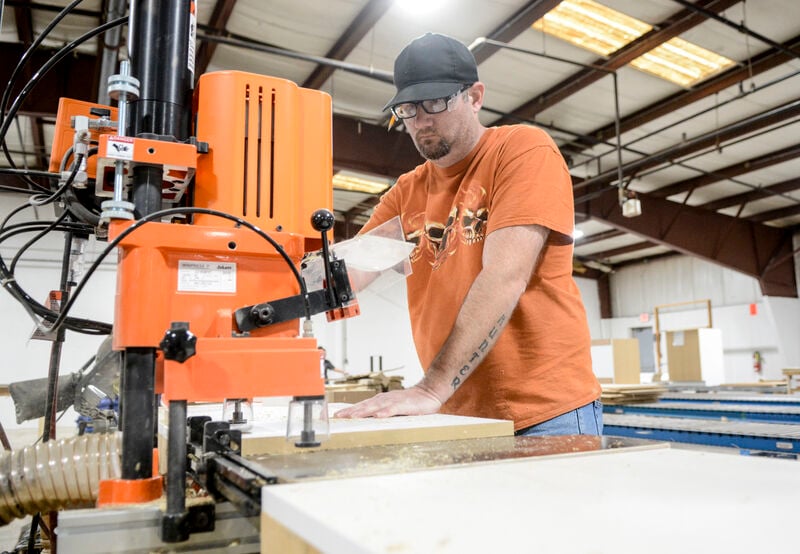 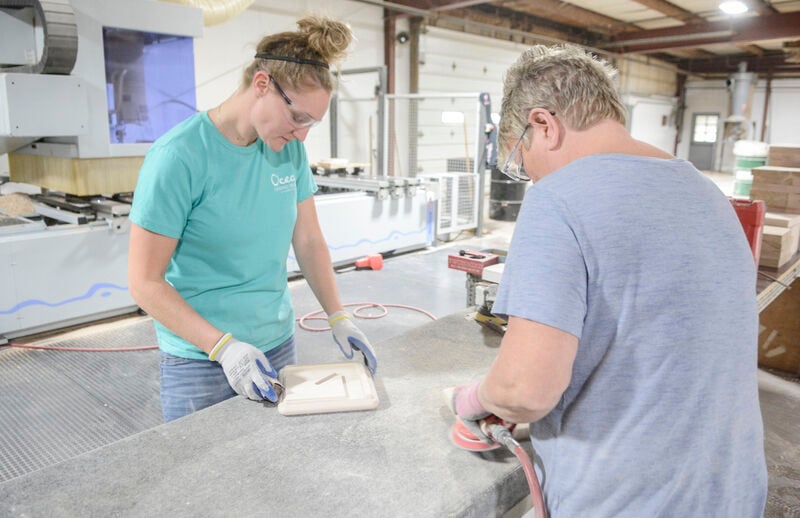 Robert Inglis/The Daily Item Kelly Bickel, left, and Lori Walter work together on a project at William Penn Cabinetry in Freeburg on Thursday.

Robert Inglis/The Daily Item Some of the new cabinet making equipment that was purchase for the William Penn Cabinetry company in Freeburg.

Robert Inglis/The Daily Item Kelly Bickel, left, and Lori Walter work together on a project at William Penn Cabinetry in Freeburg on Thursday.

"There were a lot of doubters," said Brubaker, a Lewisburg tax specialist. "We beat the odds. We're very fortunate."

In February, Brubaker and his wife and business partner, Deb, disclosed plans to start a new high-end cabinet manufacturing company in Freeburg.

They hired a few people, including Doug Lauver, a veteran Wood-Mode Inc. supervisor who was among 983 workers laid off when the Kreamer company abruptly closed in May 2019 after 77 years, purchased a former furniture-production plant at  401E. Front St. in Freeburg and invested in more than $1 million in new equipment.

On March 11, the Brubakers also bought Stanley Woodworking in Middleburg, a 25-year-old company specializing in architectural moldings and components for cabinets and furniture that employs about 25.

A few days later, COVID-19 shut businesses down in Pennsylvania and cast a pall over all aspects of life nationwide.

"There was a lot of fear of the unknown," said Deb Brubaker.

Stanley Woodworking was closed for two weeks due to the health crisis before being deemed an essential service and allowed to reopen.

The future of William Penn Cabinetry was murky, but the Brubakers pressed on with their new business venture.

They continued paying about 10 William Penn employees throughout the crisis and even hired a vice president of sales and a director of sales for the West Coast. A human resource director and vice president of operations will be joining the team on Monday.

"We took a huge risk, but I give credit to the employees. Rather than retreat, we advanced," he said, figuring that once the pandemic relented "we would hit the ground running."

Lauver, who is president of William Penn Cabinetry, said the "leap of faith" taken by the Brubakers had an impact on the employees. Everyone "had a vision" of where the company should be and they were able to realize it by understanding the opportunity created by the pandemic.

For example, he said, home remodeling is booming as many people who are now working from home are deciding to renovate to create more comfortable surroundings and office space.

Maurice Brubaker won't divulge how many contracts William Penn has secured but there is enough work to require 150 new employees, including supervisors, assemblers and inspectors, who will begin producing products in January.

Lauver doesn't expect there will be a problem hiring so many people in such a short amount of time. He has received about 200 applications since William Penn's launch was announced 10 months ago.

When the hiring notice was posted Wednesday night, Deb Brubaker said, the response was "overwhelming."

Noting that the plant will begin production when health experts predict the pandemic will be at its peak, she said the company will have strict protocols in place, including masks and social distancing, to ensure safety.

Prospective employees can apply through the company website at www.williampenncabinetry.com or Indeed.com.

"It's great news. This will be a new beginning in the same industry for some," said Snyder County Commissioner Adam Ewig, referring to the potential rehiring of some former Wood-Mode Inc. employees who lost their jobs last year.

It was the closure of that company that spurred Maurice Brubaker to action in an attempt to put people back to work after one of Snyder County's largest employers suddenly shut down. He was among several prospective buyers of Wood-Mode's assets but it was Middleburg businessman Bill French who sealed the deal.

The addition of 150 more jobs at William Penn would be good news at any time but is particularly heartening amid the pandemic when many businesses are threatened, said county board chairman Joe Kantz.

"It's exciting to see Mr. Brubaker fill that void in the market. It's a great story," he said.

Maurice Brubaker said he is offering a competitive compensation plan as a way of attracting and retaining employees.

"We want to be a different kind of company to set the tone for the future," he said of the benefits package that includes full health coverage to employees and 50 percent coverage to spouses and family members, as well as a 6 percent match on the employee pension plan, paid vacation and holidays.

He choked back emotions, even tearing up a few times, as he spoke about the business venture and being part of a team working to create jobs in the Valley.

"You can only imagine how people are suffering," Deb Brubaker said. "That's where the emotion comes from."