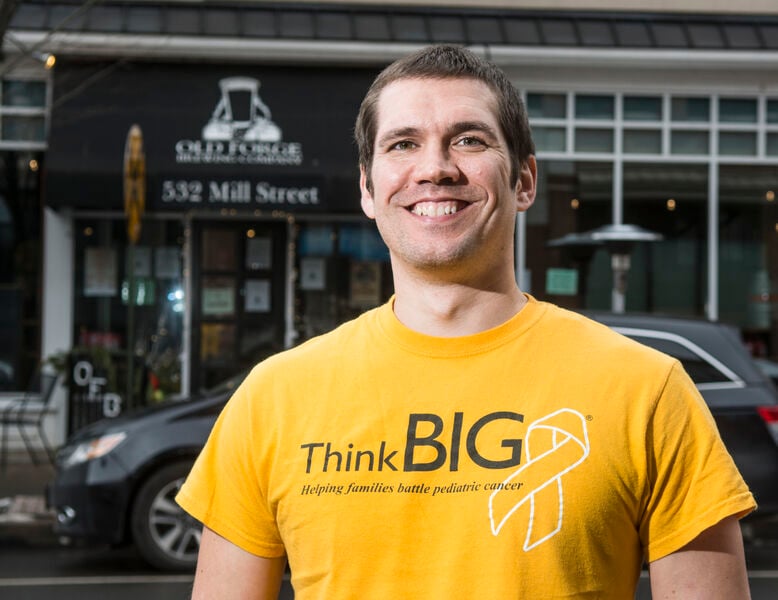 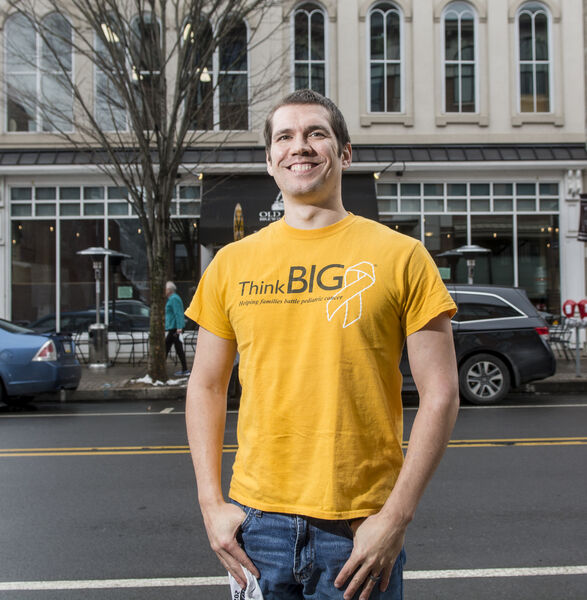 Editor’s note: The Daily Item will recognize people who have Made a Difference in the Valley in 2020 this week. This is the fifth part of a series that will continue until New Year’s Day.

Pediatrician Colby Wesner, of Danville, has been making a difference in the lives of pediatric cancer patients and their families through his nonprofit organization, ThinkBIG.

ThinkBIG was formed in 2014 during Wesner’s pediatric training at Geisinger Medical Center in Danville. Since then, the nonprofit has helped about 140 families and surpassed $725,000 in financial support.

Wesner, 35, a pediatrician at St. Luke’s University Health Network in Bethlehem, said his early exposure to diverse corners of Geisinger allowed him to interact with many families and develop personal relationships. He was impressed by the strength of families with children diagnosed with cancer, in particular.

“When I was doing more of the pediatric cancer rotation, I got to interact with a lot of families and got to see unfortunately firsthand how stressful it is for them to have a pediatric cancer diagnosis,” Wesner said.

Wesner was struck by the sacrifices parents made to accommodate for their child's treatment, such as taking a leave of absence from work.

That realization led him to establish ThinkBIG to help families pay for rent, mortgages, utility bills, medical expenses, items insurance does not always cover, and unfortunately sometimes, even funeral services.

Mifflinburg resident Casey Snook is the mother of Finley Snook, an 8-year-old who completed her leukemia treatment two years ago. The Snook family received Weis gift cards for groceries as well as help with bills while she took take time off work to care for her daughter.

“I feel like we could never ever repay them,” Snook said of the financial support they received from ThinkBIG.

The Snook family hosts a Fighting For Finley golf tournament annually in an effort to raise money to give back to ThinkBIG so other families can benefit from the nonprofit the same way they did.

Fred Wesner, Colby’s father, is proud of how his son has translated his passion for helping families of sick children into a grassroots nonprofit project, stemming from early volunteer work in college.

“He helped grow THON into what it is now,” Fred said of Colby’s involvement at Penn State. “He approached the Four Diamonds Fund to see if he could get aid for families in our area.”

The younger Wesner realized at Penn State, however, that the fundraiser only helped those who sent their children to Penn State Hershey Children’s Hospital, so he wanted to provide resources for his local community.

ThinkBIG is funded solely through people and organizations, with large contributors being businesses, school districts, restaurants, and individuals across northeast and central Pennsylvania that host fundraisers, according to Wesner.

The board members of ThinkBIG include Colby Wesner, Carol Rheam Tevis of Bloomsburg, Tabitha McCormick of Millville, Rebekah Herritt of Danville, Dr. Jake Troutman of Walnutport, Chad Evans of Shamokin, Jason General of Shamokin, Tyson Hale of Bloomsburg, Peggy Starkey of Lewisburg, Angela Brouse of Lewisburg, Brett Barrick of Lewisburg, Bill Lavage of Danville, Josh Longmore of Noxen, Diane Dutko of Bear Creek Township, and finally, the mother of the child who inspired the name for ThinkBIG— Larissa Monacelli of Scranton.

Monacelli’s son, Carmine, lost his battle to cancer at the age of 9 and only six months after the diagnosis.

“He wasn’t the kind of doctor that just brushed off things,” she said of Wesner's involvement with patients. “He wanted to know each child.”

Monacelli described Colby as an “extraordinary man” with a “very strong personality” and recalled a conversation with him leading up to the birth of ThinkBIG.

“After Carmine had passed, I said, ‘Colby, this is not the end,’” she said. “I said, ‘You have to do something. This child needs a legacy. Whatever you do no matter how you do it, this is for me and this is for him.' Within a year, he said, ‘I have an idea.’ He was the one who brought things together, I was too crushed to think.”

Carmine was an energetic, positive, and kind soul who was known as the “peacemaker on the playground.” He had limitless dreams of becoming a Marine someday or even the “first American-born Pope,” according to his mother and Wesner. He always put others before himself, even when it came to his own Make-A-Wish opportunity. He first wanted to meet the Pope to receive a blessing, yet he decided upon a Disney World trip to make his siblings happy.

It means the world to Carmine’s mother to be able to guide families who endure the same situations she and her own family face and still deal with.

“We were once a family thinking, ‘this could never happen to us,’” Casey Snook said. “Childhood cancer affects kids more than you will ever know.”

Visit ThinkBIGPA.org to learn more about how you can donate and support Wesner’s nonprofit.