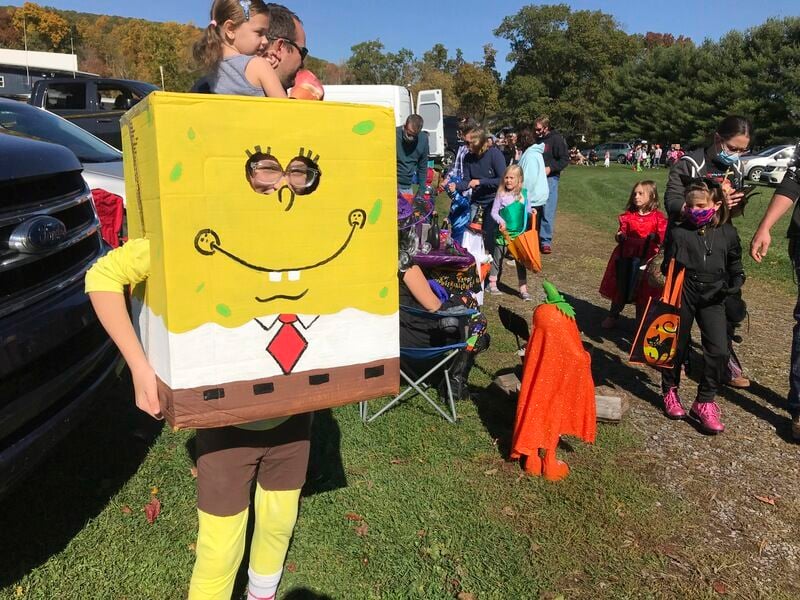 Jerrika Monk, 10, of Milton, in her Spongebob Squarepants outfit at the Point Drive-In Truck or Treat event Saturday. Photo by Marcia Moore 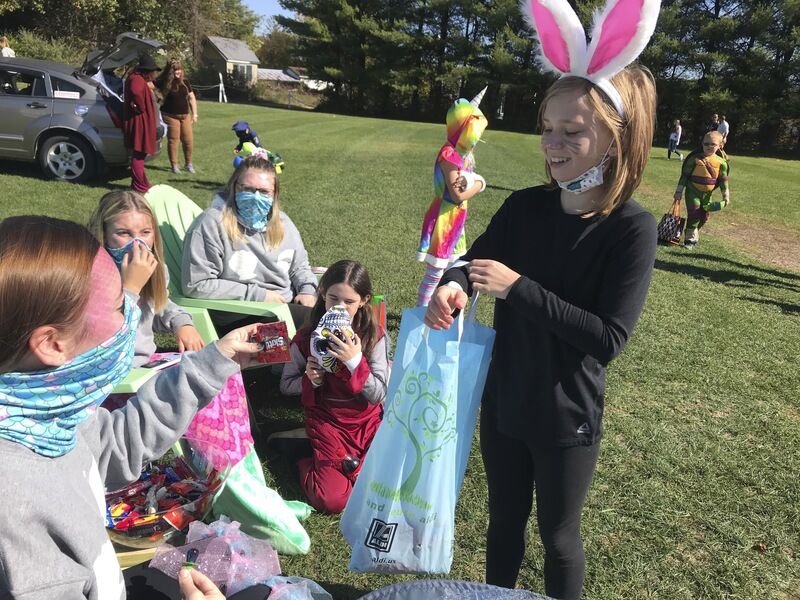 Jerrika Monk, 10, of Milton, in her Spongebob Squarepants outfit at the Point Drive-In Truck or Treat event Saturday. Photo by Marcia Moore

"We don't know if we'll have a Halloween," said mother Justice Moore, of Sunbury, who along with son and husband, Lester, strolled the grounds where more than 50 decorated vehicles offered an assortment of candy.

It's the first Trunk-or-Treat held at the drive-In and owner Dave Renn and staff were overwhelmed by the hundreds of people who showed up for the three-hour event.

"We're surprised but happy," said employee Koebi Corcoran as she handed out candy to Makayla Traver, 9. "A lot of people are unable to trick-or-treat this year because of COVID so this gives them a chance to do it."

Renn, who has offered several activities at his business site over the years, attributed the large turnout to the sunny weather and the lack of trick-or-treat events being permitted in several areas due to the health pandemic.

Grilling sausages outside as his staff worked inside the busy concession stand nearby, Renn said he wanted to offer 'the kids who have taken the brunt of a lot of stuff this year" the opportunity to dress up, get some candy and enjoy the company of others.

People of all ages appeared to enjoy the day, which also included a performance by members of the Karen Gronsky School of Dance. While many wore costumes, not everyone wore masks covering their mouth and nose.

Shawna Malencore and Brenda Crowley, of Danville, did don face coverings to hand out candy from the back of their vehicle as Malencore's daughter, Willow Herbert, 10, walked around with friends.

"This is great for the kiddos who probably won't have a decent Halloween," said Malencore who realized the event was going to be well-attended when she saw her candy supply dwindle shortly after it began. "We had to dump out candy" and reduce each of the 90 decorative bags filled with five candy pieces to two. "We expected a crowd, but not like this."

Travis Monk, of Milton, was impressed that the quickly organized event drew so many people.

While Monk chose not to wear a costume, his daughter, Jerrika, 10, wore a handmade Spongebob Squarepants costume, his wife, Elana, donned a witch's hat and even his father, George Monk, of Milton, got into the spirit in a hot dog costume.

For Jerrika, collecting a bagful of candy "and seeing people" was the highlight of the day.

"This has been a bummer for kids," said Travis Monk of COVID-19 restrictions.