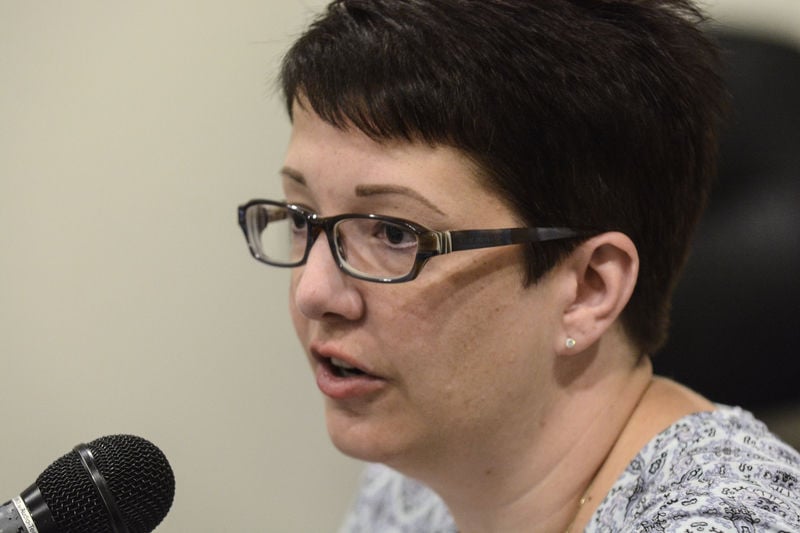 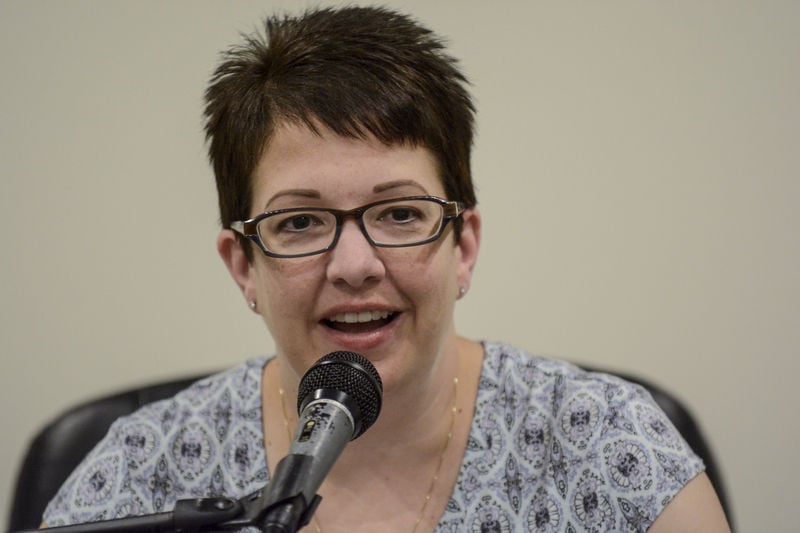 SUNBURY — The mass shootings in El Paso and Dayton and subsequent nationwide calls for some kind of gun reform prompted early questions in Wednesday's Daily Item editorial board conference with Dr. Jennifer Rager-Kay, the Democratic candidate for the Pennsylvania House seat representing the 85th district.

Rager-Kay faces off against Republican David Rowe in an Aug. 20 special election.

"I certainly think there is a need for gun law reform, but we should not ban everything, take all guns away from people," said Rager-Kay, who is a gun owner. "There needs to be protection against placing guns in the wrong hands, such as convicted criminals, individuals with a history of domestic violence. Yes, it is important to define assault rifles versus a shotgun, a single fire, or semi-automatic. But what it comes down to are making sure that guns don't get into improper hands, and that includes people with mental issues. That is the first area to get funding cut from a budget."

It doesn't make us any safer if people with mental health issues can get their hands on a gun, she contends

Rager-Kay said that the state should look at the loophole that allows people being able to buy guns at auctions.

"The law that allows that is flawed," she said.

Rager-Kay said the issue surrounding raising the minimum wage is "misunderstood. It's really about the perception that small businesses losing employees, having to raise the cost of certain items that are being sold.

It comes down to who is buying these goods, she said. "Who are the ones that are spending the money in the community? It is those in the middle class. It is those that have minimum wage-paying jobs. When you put more money in hands of those citizens they are going to spend more. When they make more, they'll spend more, which is an economic boost all around."

The question of raising the minimum wage all of a sudden is another issue, she said. "And that I do not agree with. Increases need to be done very slowly, incrementally, and there needs to be legislation in place to safeguard some of the small businesses, and enable them to make adjustments as necessary."

It benefits small businesses to raise the minimum wage, Rager-Kay said. "Not only does it improve employee satisfaction, but it also decreases turnover, since happier employees stay longer, work better, and tend to spend the money back where they are employed."

"That is part of economic development that Pennsylvania is behind in, and one of the reasons why communities like ours haven't really prospered," she said. "Other states that have raised the minimum wage and it has been very successful for small communities and small businesses."

"We can't prosper in our district without attracting businesses to come to this area," she said. "We need to find a way to pay for it, so I support a shale tax."

As for medical marijuana, there are benefits, Rager-Kay explained, But there is also room for abuse just like any other treatment mechanism.

"Medical marijuana is heavily regulated and there are safeguards, which is why it has taken so long to come into this area," she said.

From a physician's standpoint, she said there are benefits from that as well, "and it could help in getting people off opioids and other pain meds."