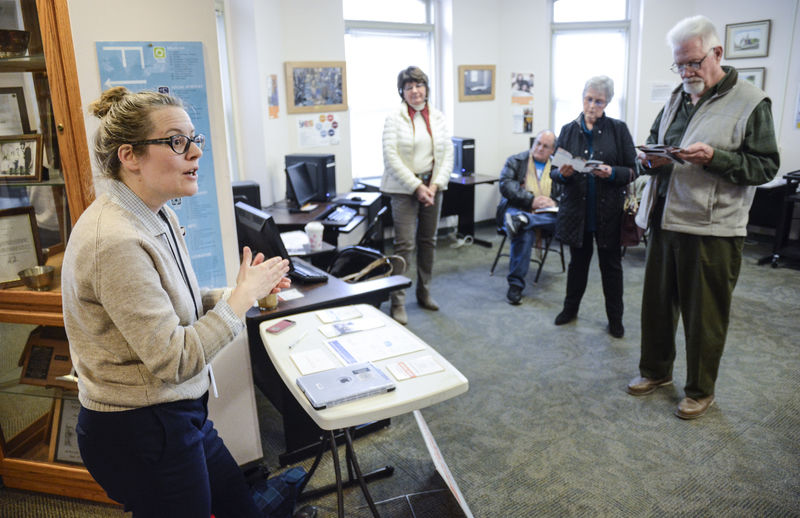 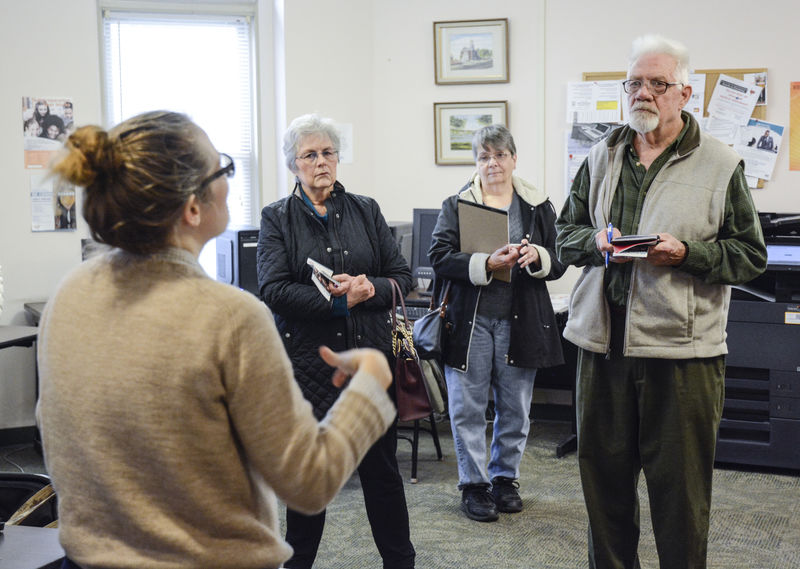 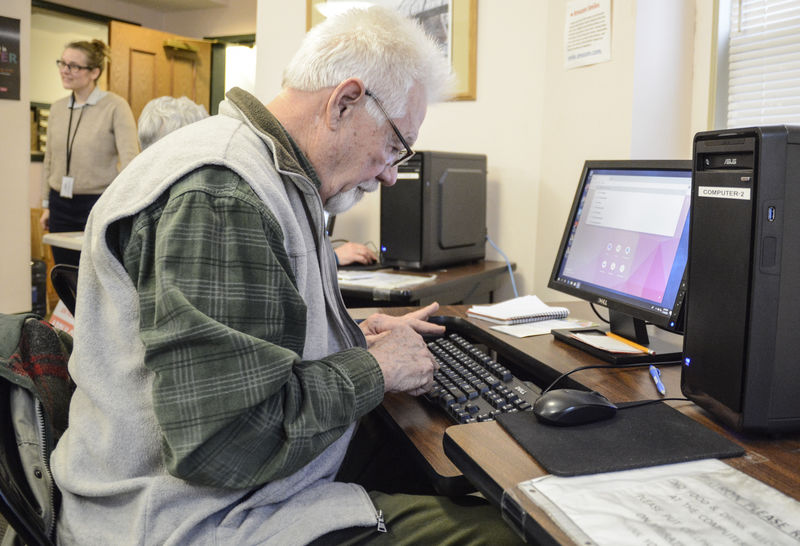 Robert Inglis/The Daily Item Freddie Harner of Danville tries to login to the census website at the Thomas Beaver Free Library in Danville on Tuesday.

Robert Inglis/The Daily Item Freddie Harner of Danville tries to login to the census website at the Thomas Beaver Free Library in Danville on Tuesday.

DANVILLE — The Danville population was undercounted in the 2010 Census by an estimated 20 percent, according to Census2020 officials.

Recruiting assistant Rebecca Armstrong, responsible for Montour County in the 2020 Census, is doing her best to see that such undercounting doesn't happen again.

"Our population," Armstrong said, "determines how federal funds are allocated by state, local and federal lawmakers every year for the next 10 years for critical public services like hospitals, schools and education programs, roads and bridges and emergency response. It's how we get our fair share."

The Census2020 effort is ramping up.

Freddie Harner, of Danville, attended the event after reading about it in The Daily Item, he said. "I want to find out what this entails," he said. "I had heard about these jobs before but didn't pay much attention. When I read Montour County jobs would pay $26.50 an hour, I was interested."

The ease of applying — everything is done online — was also a draw, he said. "And it also seems they really need people in Montour County."

Hourly rates vary by county, and the Montour County rate is the highest in the Valley.

"I'm not sure why," Armstrong said, when asked.

"I'm here just to find out more about these jobs," said Riverside resident Jerry Stropnicky. Although his children went to school in Danville, because he lives in Northumberland County, he was surprised to hear that he can only be paid $15.50 an hour.

"I'm older. I freelance and I have time to do this," he said.

Stropnicky was inspired by how excited and informative Armstrong was in explaining the job possibilities. "She fired me up," he said.

Stropnicky signed up online for 20 hours of work, but is reconsidering and might add on more hours that he would be available.

"There are times in my work when I'm away from the area," he said. "But the job hours seem very flexible, so maybe I can make it happen.

"It sounds like a good opportunity for people who are interested in this kind of work," he said. "And it is important to the country, for the localities, when you think about how funds get appropriated. It's remarkable. Getting an accurate count in our local communities is important to our area’s future."