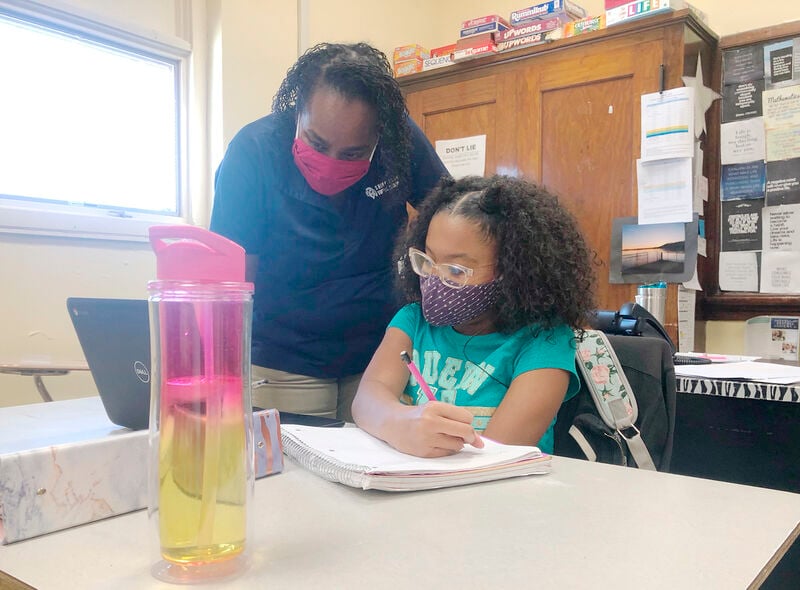 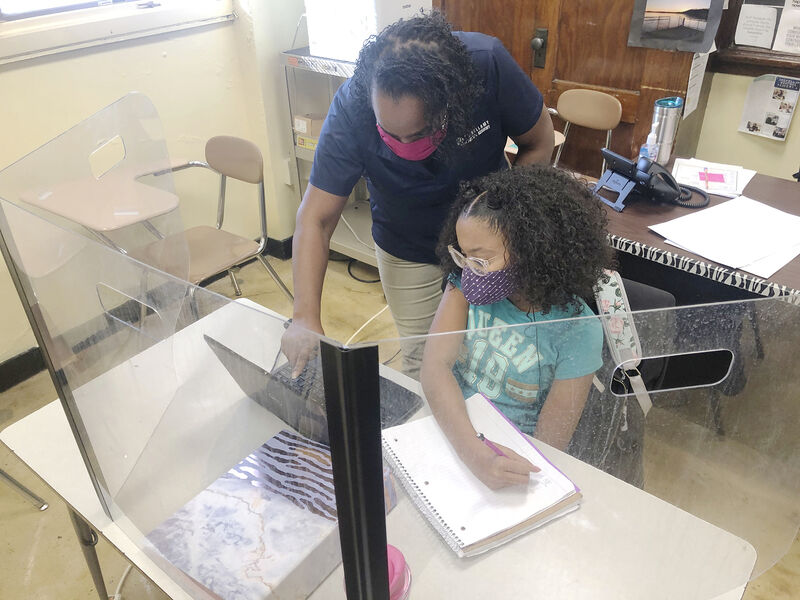 Now, with more and more students leaving the public schools for established online programs they can attend at home, millions more taxpayer dollars are flowing out of budgets.

Valley school leaders see a crisis in the not-too-distant future.

When a student opts for an independent cyber school, the school district pays the tuition, equal to what the district spends to educate each student. There are different levels of payments as well — it costs more money to educate a student with disabilities than other students. The more students who leave the public schools — including those that offer their own cyber options — the more money is pulled from the district's coffers.

According to the Pennsylvania Association of School Business Officials (PASBO), $475 million dollars allocated to public schools are expected to fund education for students attending independent online options this year.

Hundreds of thousands of dollars are leaving Valley public schools each year because of a broken funding formula, school officials say.

Some Valley schools are paying more than $1 million a year — Midd-West, Mount Carmel, Selinsgrove, Shamokin and Shikellamy — to pay for students to attend external cyber schools.

That isn't sitting well with Valley school superintendents worried about the future of their districts.

During an online town hall hosted by The Daily Item on Wednesday, Valley school leaders stressed one thing: Things have to change or schools will begin to lose programs and teachers.

"We are being neglected on this issue," Line Mountain Superintendent Dave Campbell said. "It has to stop. We have to get some kind of reform here. It is utterly disgusting. We have been massaged with benign neglect."

For years, public school officials have argued not all of the costs to run a brick and mortar school — like transportation and utility fees — are needed for a cyber academy.

David Atkins, director of communications for the Pennsylvania Cyber Charter School, in Midland said the cost associated with cyber schools is not a cyber school issue.

"The cost paid by taxpayers is mandated by the state," Atkins said. "We are not taking any more or any less than what the state has mandated."

Atkins said students get the same education as they would in brick and mortar schools.

"To say the education isn't the same is not accurate," he said. "The intent is to provide the very best in education and we are measured by the board of education just like any other school. The success of a student is the same as if they were in the local school district."

All Valley districts had established their own cyber options for students who wanted to learn at home, prior to the pandemic. Nevertheless, the PASBO says statewide independent cyber charter school enrollment has increased by roughly 24,000 students this year as more and more opt for remote learning amid the COVID-19 pandemic.

The COVID-19 pandemic has worsened the problem, state and school leaders said. Parents began to enroll students in outside cyber schools at a rapid pace as schools began to shut down and in-person instruction was getting suspended, according to Valley superintendents.

"The increases in student enrollment in cyber charter schools during the pandemic have only heightened the need for charter school reform," Eric Levis, Deputy Director of the Pennsylvania Department of Education, said. "Pennsylvania can preserve school choice, hold charters to the same standards as traditional public schools, and strengthen education in classrooms across the commonwealth.”

PASBO officials said school districts could expect to pay an additional $350 million more in cyber charter tuition during this current school year because of the increased enrollment as students who started in-person learning shift to remote classes. That massive sum is on top of the overall charter school tuition increase that occurs annually, the organization said.

There is no state funding or subsidy to school districts for charter school tuition costs.

"The lack of a statewide cyber school reimbursement rate results in great disparities in the amount school districts pay for cyber school students in the same class," Levis said. "This draining of funding causes an even greater burden on school district budgets that are already struggling with increased costs and pandemic-related expenses."

'There is a reason'

Atkins said students move to an online cyber charter school because of a disagreement with some part of their brick-and-mortar learning.

"If a student is choosing to leave a brick and mortar school then there is a reason," he said. "There was something that went wrong that caused that student to move from that district.

"The advantage they find with us is they have the opportunity to determine how they learn."

Each student gets their particular educational need taken care of in a different manner, Atkins said.

Atkins said cyber schools work with students from day one on an individual basis.

"As you begin to do the work together everyone gets to know what the goals are and we build it together," he said. "For most students that move from brick and mortar to us, the first semester is where that conversation has happened. We ask questions and we work together."

West Milton resident and parent Trish Hart, said she had four children who all at one point attended an outside cyber school. Currently, she has two children, Brady and Brett, attending 10th and 6th grade at PA Cyber School.

“I love it,” she said. “The older they get the more classes they get to choose their subjects. Instead of taking a broad class, students get to be more focused. My son liked American history and he gets to take his class on that.”

Hart said she also likes that PA Cyber School has family activities, which have been limited because of COVID.

"In the past, we have had the chance to visit various places at reduced costs,” she said. “I love that they are family-oriented.”

All Valley superintendents who took part in the town hall agreed the rise in enrollment in outside cyber schools puts districts at risk moving forward.

"The numbers are continuing to grow everywhere," Mount Carmel Superintendent Pete Cheddar said. "This is a huge problem for all of our districts."

Keegan joined the other superintendents and said if things don't change the public school system will continue to operate at a disadvantage because of the potential of lost programs in order to fit budgets.

At Midd-West, Joe Stroup, director of curriculum and inclusion said the district now has 115 students in outside cyber schools which is up 29 from last year. Stroup said 27 of them are special education students and the district is looking at spending $1.5 million and $1.75 million for the 2020-21 school year.

"Programs and positions could be in jeopardy," she said. "This is truly a serious situation we are all in."

Cheddar said the total number of outside cyber students this year stands at 83 students, 27 of which are special education students, learning at outside cyber schools at a cost of $1,186,751.

"At Mifflinburg, we are currently paying for 75 students in outside cyber schools," he said. "This is a constantly moving target, as students move in and out of these schools every week. At this point, our projected cost for the year is $933,657 if it stays at this pace."

At, Shikellamy, Bendle said 156 total students with 33 of them being special education students attend private schools. The district is set to pay $2,261,000 for tuition.

At Line Mountain, Business Manager Kaitlin Rosselli said the district is currently at 70 students, including 13 special education students studying remotely through outside charters. The total cost is $682,702, she said.

In Selinsgrove, Superintendent Frank Jankowski said his district has a total of 100 students, with 20 being special education students. His district is paying $1,458,635.

"For a comparative analysis, we had budgeted for $900,000 in outside cyber costs for the 20-21 school year based upon historical expenditures pertaining to that topic," he said.

The Shamokin Area School District has a total of 147 students, with 47 of them being special education students in outside cyber schools, according to Superintendent Chris Venna.

Shamokin expects to pay $2.1 million in those tuitions and Warrior Run will spend $557,592 according to officials.

Hack said the district would save about $463,592 if students were to stay in the Warrior Run cyber academy. He noted the cost to send students to independent schools "is getting out of control."

Even though all Valley school districts offer their own cyber programs, many students opt for outside, more-established online options.

"They can be part of the school," she said. "They can take their classes and then go to whatever school activity they are involved in."

"I learn so much here," she said. "I also get the chance to be part of any activity I want. I am learning at my own pace and I still am able to be with my friends here in school."

Bendle said he will continue to reach out to parents and the community in hopes that Shikellamy will be given the chance to show what they have to offer students instead of parents looking at outside cyber schools.

Shikellamy school board president Wendy Wiest and director Slade Shreck, who both attended the town hall, said they are also promoting the district's virtual academy.

"We are seeing these numbers continue to rise," Shreck said. "We want our parents to come and see what Shikellamy has to offer before going elsewhere."

Valley superintendents say comprehensive charter school funding reform is essential. Until there is a change to the underlying policy, school districts, students and taxpayers will continue to pay.

"The bottom line is this all has to change," Campbell said.

Campbell said he has been reaching out to state legislators to help districts but he has not gotten very far.

"In 1998, when cyber schools were introduced, the state committed 28 percent reimbursement and that has gone away," Campbell said. "When all this started happening I was fighting forever to get this under control and legislators looked me in the face and said then we should start our own. So we did."

Campbell said the cost of cyber schooling for a special education student within the district is roughly about $4,000 as opposed to the near $25,000 at a charter school.

"I am at a loss for words if these representatives can't understand the urgency we are in," he said. "How can you not see that it costs us $4,000 and instead we are allowing private industries to collect up to $25,000?"

"Although it is obvious that funding reform needs to occur, it’s also about the cyber schools failing our students," he said. "Academically, they are not preparing our students to be successful in our communities. If public schools achieved academically similar to those cyber schools, the state would threaten to take them over. People need to open their eyes and care about our students. If this is allowed to continue, either our students will be negatively impacted by the cutting of programs or the taxpayers due to school districts being forced to raise taxes a substantial amount.”

State Rep. Lynda Culver, R-108, of Sunbury, said she continues to take the concerns to Harrisburg.

"The superintendents in my district are great and not just watching financially but with the education of our children," she said. "This situation was at a crisis point before COVID-19 and now it is just beyond that."

"I have spoken to the chairman and brought the concerns," Culver said. "We are in the process of entering a new session and we have had bills to rectify the situation and Chairman Sonney is committed to looking at this from a different way to approach this. We recognize the problem and we will do our best and at the end of the day we are taking money from the taxpayers and we need to spend it responsibly."