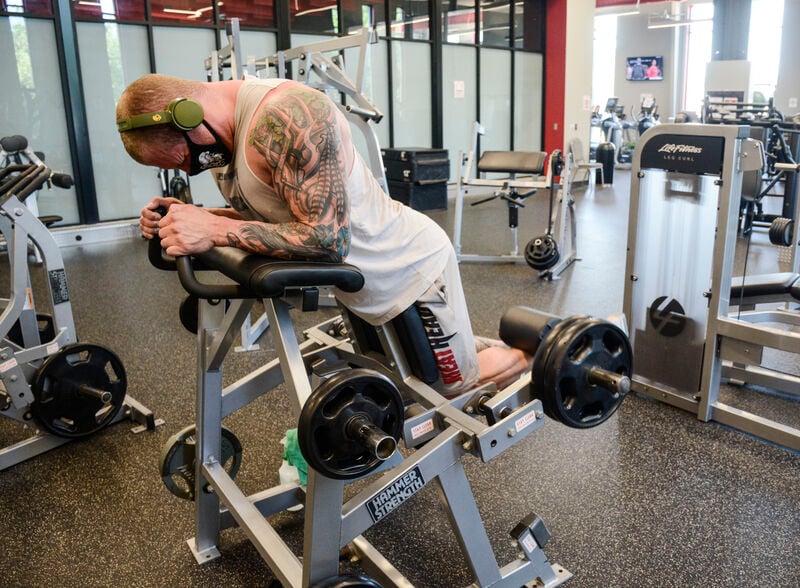 Robert Inglis/The Daily Item Kyle Sheesley of Mifflinburg gets a workout in Monday afternoon at The Lewisburg YMCA at The Miller Center. 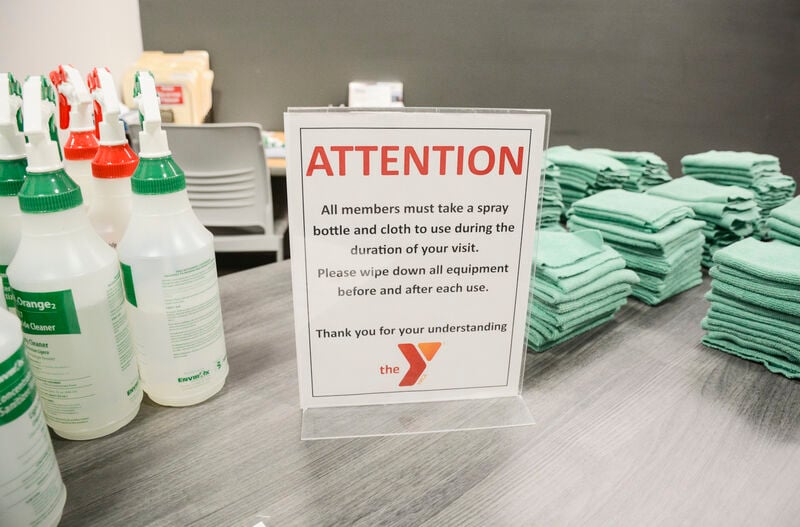 Robert Inglis/The Daily Item The Lewisburg YMCA at The Miller Center has plenty of fresh cleaning supplies for its guests to use to clean equipment when they are done with it. 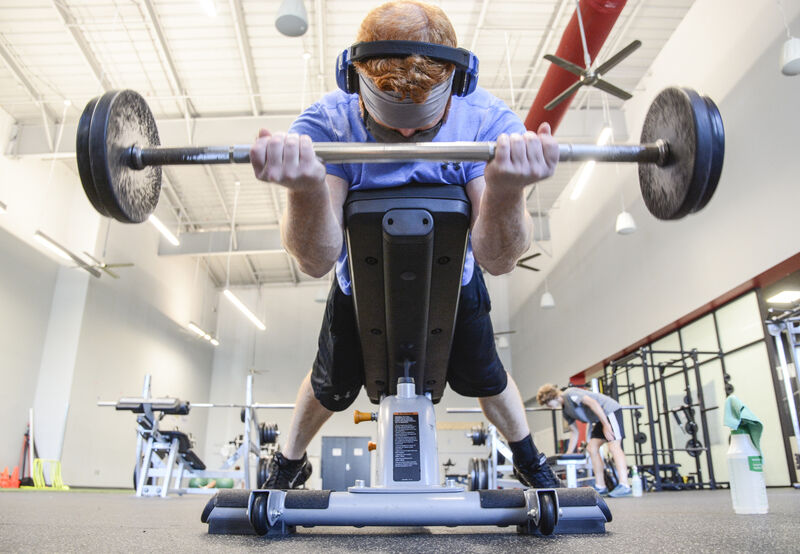 Robert Inglis/The Daily Item Ryan Stoud of Watsontown works out his biceps at The Lewisburg YMCA at The Miller Center on Monday afternoon.

Robert Inglis/The Daily Item Kyle Sheesley of Mifflinburg gets a workout in Monday afternoon at The Lewisburg YMCA at The Miller Center.

Robert Inglis/The Daily Item The Lewisburg YMCA at The Miller Center has plenty of fresh cleaning supplies for its guests to use to clean equipment when they are done with it.

Robert Inglis/The Daily Item Ryan Stoud of Watsontown works out his biceps at The Lewisburg YMCA at The Miller Center on Monday afternoon.

Valley health club and gym administrators and trainers have been busy re-assuring clients that their facilities are safe and following strict CDC protocols since reopening after the statewide shutdown.

Business has been steady at the Lewisburg YMCA at the Miller Center, said Director Ryan McNally, in contrast to a national poll that found one in four Americans who typically exercise at least twice a week said they would not return to their health club for exercise after the pandemic.

"Fitness members continue to utilize the Lewisburg YMCA at the Miller Center by working out in our fitness center and attending group exercise classes," he said. "We continue to cautiously and gradually reinstate programs and activities, much to the delight of participants who have been missing their regular fitness routine."

The national survey of 2,000 regular exercisers, conducted by OnePoll on behalf of LIFEAID Beverage Co., also found that 24 percent of respondents said they were done with gyms forever, while one in three stated they would go less often than they did before.

"It's alright. It's tough wearing a mask while working out," said Kyle Sheesley, of Mifflinburg, working out at the YMCA at the Miller Center on Monday. "But it's better than not being here. Everybody has been cleaning in-between exercises."

Ryan Stoud, of Watsontown, also at the YMCA Miller Center, said he was "glad to be back. I was here the first day they opened back up."

While the facility was closed, Stoud said, he did "a lot of stuff at home using dumbbells."

Bonnie McDowell, Greater Susquehanna Valley YMCA CEO, said if a YMCA member is apprehensive about entering a YMCA facility, "we take time to consult with them and explain our safety protocols. Often, we can alleviate many of their concerns, but there are some people that are just not ready to come back.

"If that’s the case," she said, "we have allowed members to put their memberships on hold until they feel comfortable enough to return."

"We’ve taken extra precautions to ensure that the safety of our members and staff is top priority," McNally said. "Everyone that enters our building is screened before being allowed to work out or come to work."

In the fitness center, he said, "every other piece of cardio equipment is temporarily out of order and we have reconfigured some of our resistance training equipment, which allows for 6-foot minimum social distancing."

Members and staff are required to wear face coverings and equipment is cleaned after each use.

"Frequent announcements are made on our in-house PA system to remind members to keep their face coverings on," McNally said. "We have designated 2-3 p.m. weekdays as special hours specifically designated for seniors 62 years old and up and other individuals that may have an increased risk."

McNally said the unsung heroes of their operation are Evangelical Community Hospital Environmental Services staff, who take extra care in cleaning the facility multiple times per day. Both the Group Exercise and Group Cycling studios are cleaned top to bottom after each class.

"We also created entrance- and exit-only travel paths, and masks are available onsite if a member doesn’t have access to one," McNally said.

Nisan Trotter, co-founder of Trot Fitness, has also address the concerns of his clients, he said on Monday.

"Some of the measures we have done to make them feel safe," he said, "is making sure we have (8-by-6 square feet) spaces allotted for them. Clients enter the building one way and exit another."

Sanitization stations are spread throughout the workout space.

"We check their temperature before coming in," Trotter said. "They also must have a towel with them to lay on the floor when they do floor workouts. They also have to sign waivers that they haven't traveled outside the country or even Pennsylvania. And then no one in their home is sick."

Trotter has been creative during the pandemic as well — practices that continue today.

"We have had some cancellations and membership freezes," he said. "These are clients who haven't felt the most comfortable returning. So their membership is on pause."

Trot Fitness also offers their services online, "and that has been very successful," he said. "That was a way to retain the clients we had and still offer value to those who weren't willing to return to the studio."

The online program has allowed Trotter to branch out, attracting clients from Chicago, the Virginia Beach area and even Alabama.

At Planet Fitness, in Shamokin Dam, manager Chase Vayda said, the facility has had customers with concerns.

"A few members ask, what are we doing to keep things safe?" he said. "Some people want to play it safe and they freeze their membership until they feel it is safer to come back in. We understand that. We are doing our best to let people understand they are coming into a very clean, safe environment. We have had people with concerns.

"We are a gym and this is a space where everyone is touching things, but we are doing our part and making sure our members are doing their part."

Cardio equipment has been placed out of order so that people can maintain safe social distancing, he said.

"We do require a mask to enter and use the facility as well as in the common walk areas and the locker rooms," Vayda said. "There are hand sanitizer stations throughout the facility.

"All of our machines are spaced six feet apart from each other so people can maintain safe, social distancing and, of course, following the governor's instructions, we are at 50 percent capacity. We have adjusted hours, where we are not open overnight. Throughout the overnight hours we are doing deep cleaning sanitization with high-grade cleaning equipment."