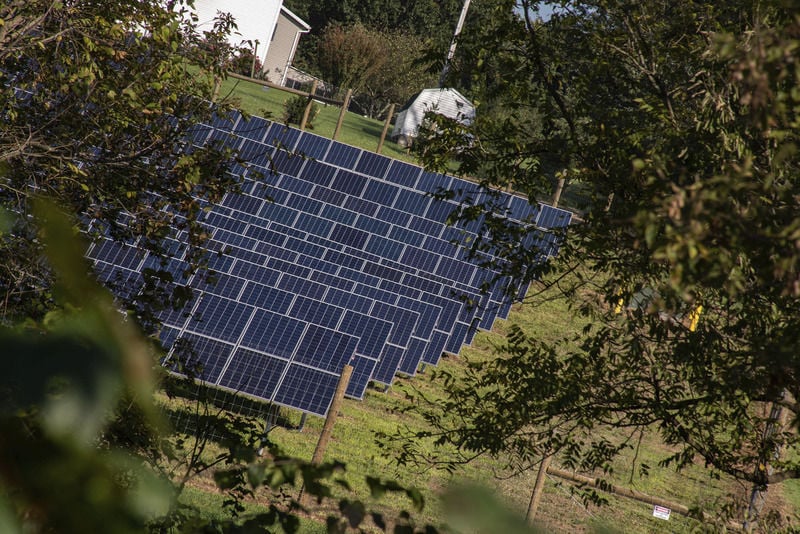 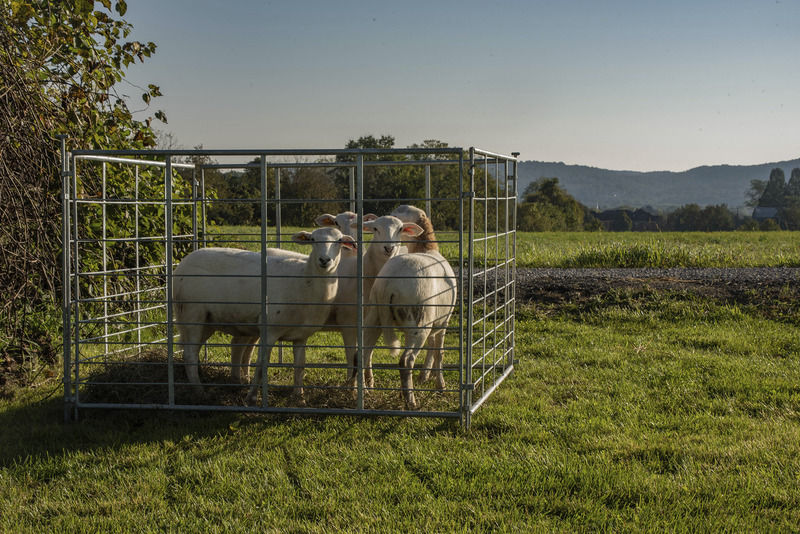 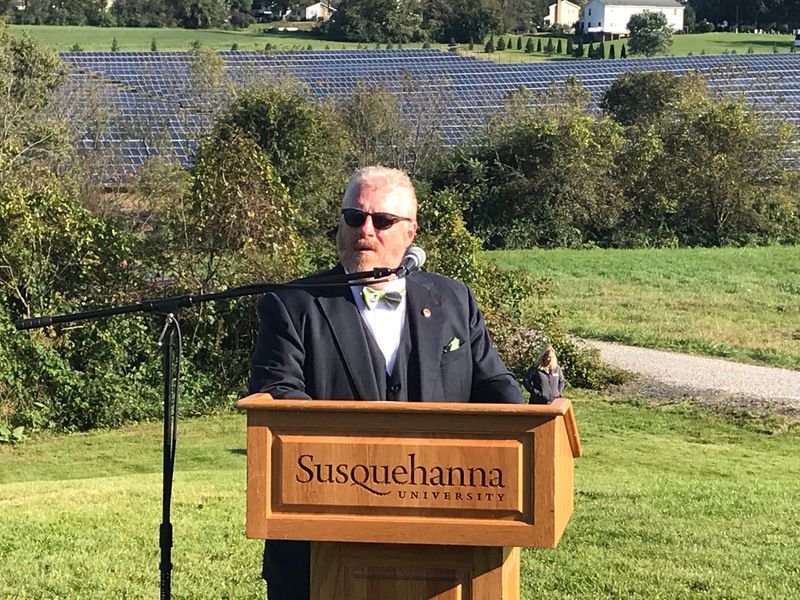 Susquehanna University President Jonathan Green speaks at the Center for Environmental Education and Research off Sassafras Street Wednesday about the university's 14-acre solar array, seen in the background. The solar field will be maintained by sheep from Owens Farm, of Sunbury. Photo/Marcia Moore 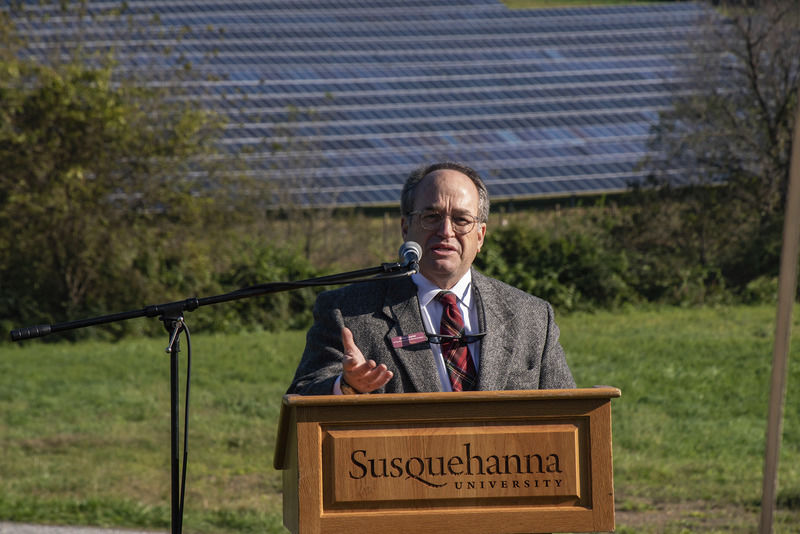 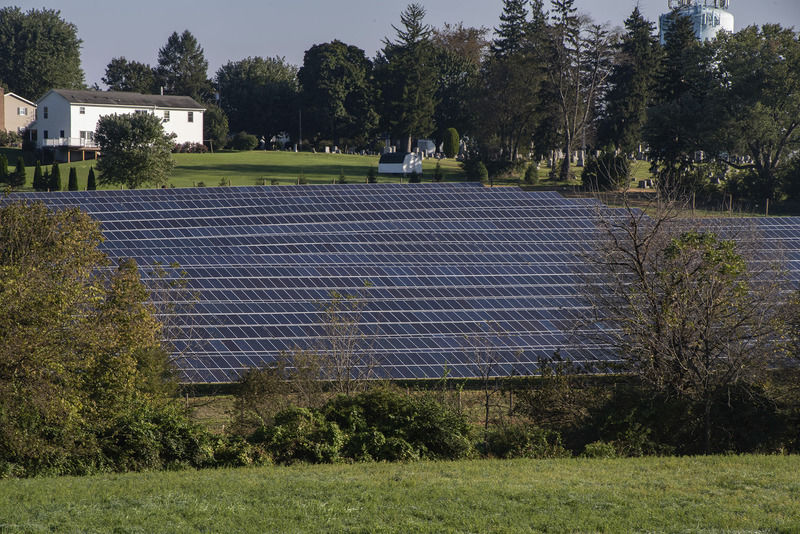 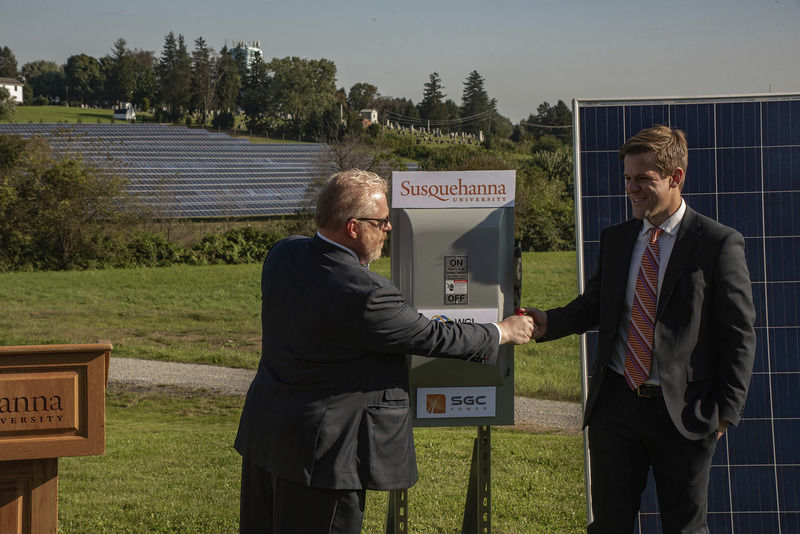 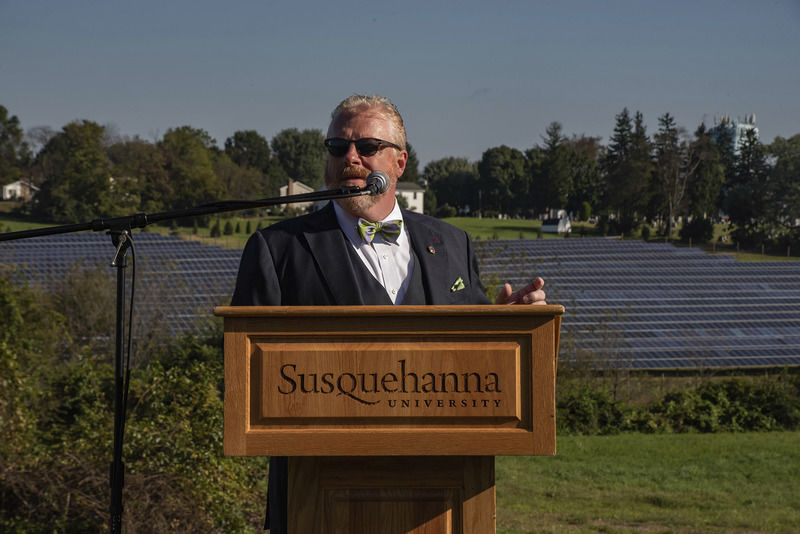 Susquehanna University President Jonathan Green speaks at the Center for Environmental Education and Research off Sassafras Street Wednesday about the university's 14-acre solar array, seen in the background. The solar field will be maintained by sheep from Owens Farm, of Sunbury. Photo/Marcia Moore

"We recognize the importance of being good stewards of this planet," said Susquehanna University President Jonathan Green to the crowd gathered at the Center for Environmental Education and Research off Sassafras overlooking the array.

The solar panels supply 30 percent of the university's electricity and about two dozen sheep provided by the Owens' will be kept on the 14-acre site to naturally maintain the grass and weeds below the array between April and October.

"It's pretty simple. The sheep will eat all the vegetation. They're natural lawn mowers," said Derek Martin, the university's sustainability coordinator. Similar sheep maintenance programs are used at Princeton and Furman University.

The Owens were increasing their flock to about 130 when Michael Coyne, SU's vice president for finance and co-chief operating officer, approached them about supplying some of their animals for the new environmentally-friendly venture.

She said the ground under the solar panels offers a perfect setting for grazing sheep, with plenty of space and shade.

"We'll put up portable electric fences" to keep the sheep from haphazard grazing and help maintain the grounds, she said.

Martin said the solar array and the accompanying 88 acres around the center, which includes a campus garden and beehive, will be incorporated into student coursework.

"There are so many opportunities," he said.

Susquehanna has partnered with WGL Energy Systems to develop and operate the 3.9 mega-watt ground-mounted array.  WGL has similar partnerships with about 20 universities.

"You get a lot more out of a project like this" because it engages students, said Richard Walsh, WGL Energy's clean energy solutions program leader.

In less than a decade, Susquehanna University has gone from being a target of the Sierra Club for burning coal to a leader in energy efficiency and sustainability, said Coyne.

"It hasn't been easy and we have had a lot of internal arguments about what to do, but in a month when the warnings about climate change have reached a new level of alarm, it has been worth it," he said. "Just to be clear, we don't view this solar field as our final destination but merely a milepost along the way to a carbon-neutral campus."

In lauding SU's efforts, Michael Walsh, deputy secretary at Pennsylvania Department of Conservation and Natural Resources, said the state is making a commitment to energy-efficient projects, including adding hybrid vehicles to its fleets and installing electric car charging systems in 43 state parks.

"People need to visibly see this kind of investment for them to buy in," he said of the university.