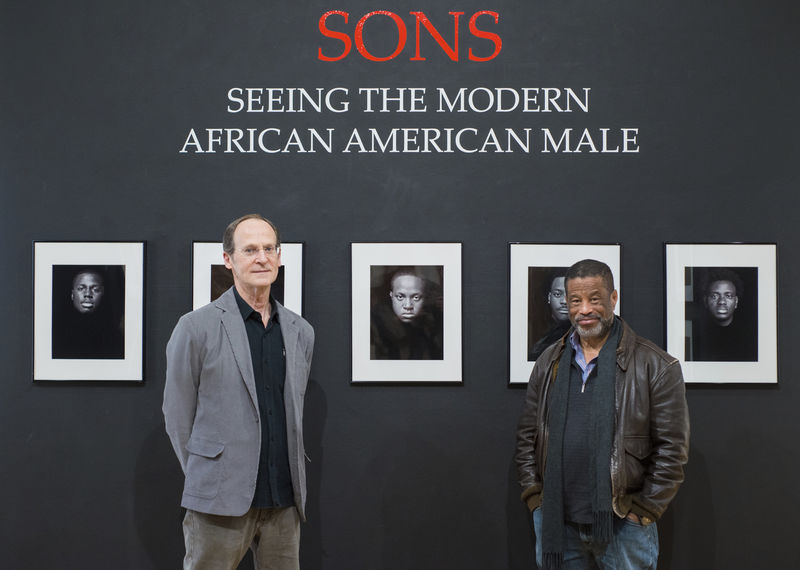 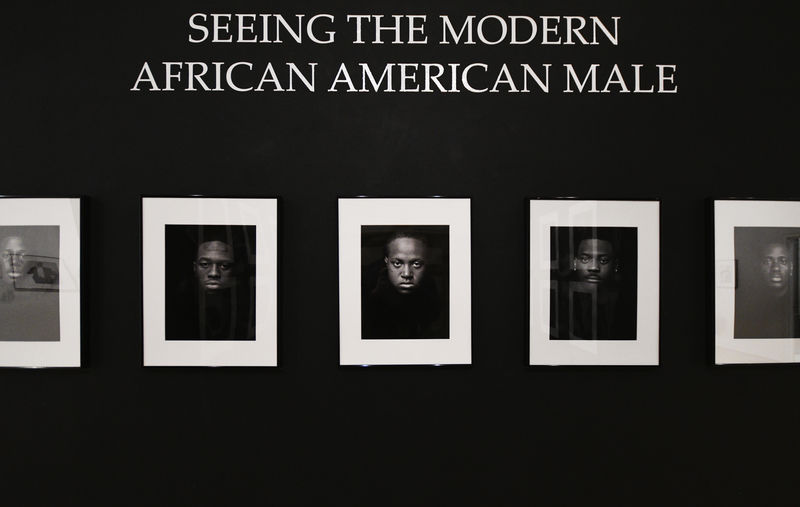 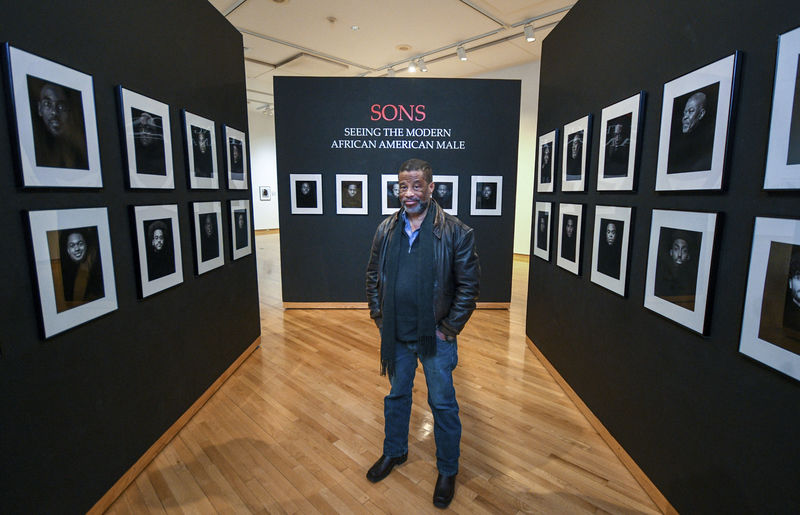 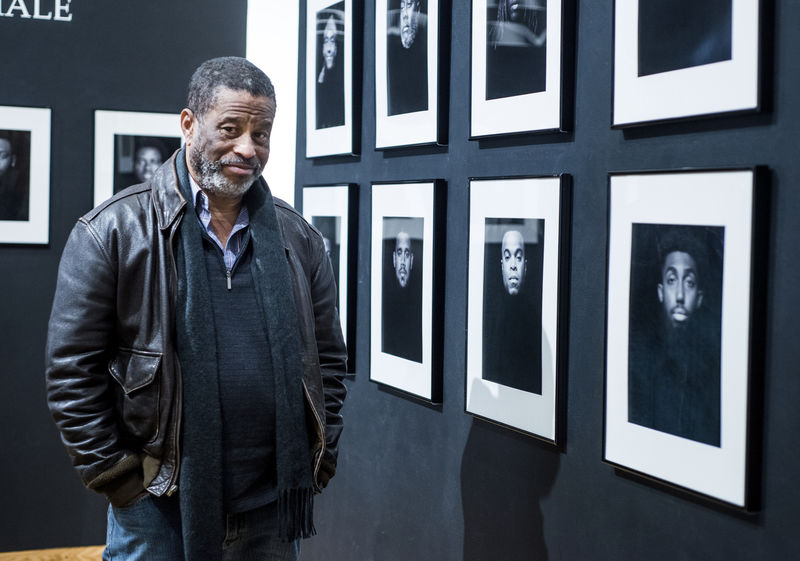 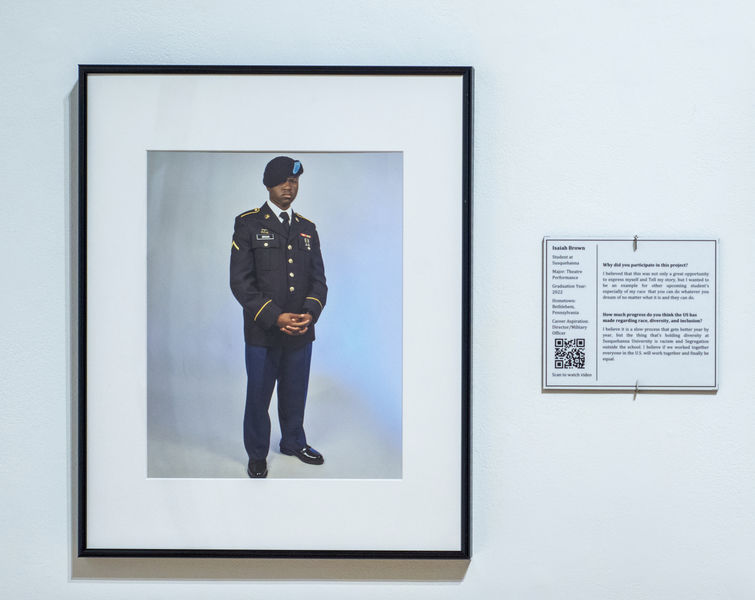 Color portraits of the subjects are hung on the gallery walls, with QR codes that link to videos about the specific subject.

Color portraits of the subjects are hung on the gallery walls, with QR codes that link to videos about the specific subject.

Twenty-seven African-American men from Susquehanna University and the surrounding community are featured in a photographic exhibit that opens tonight at the Lore Degenstein Gallery.

"We're trying to give an unrepresented genre" public attention, said gallery director Dan Olivetti of the "Sons, Seeing the Modern African American Male" exhibit. "We hope it evokes an emotional response and has an impact."

Charlotte, N.C. artist Jerry Taliaferro photographed and videotaped each of the men for the collection featuring black and white, and color photos representing how they feel they are perceived and how they view themselves, as well as video clips of each speaking about their hopes, fears and defining experiences regarding race.

One of the men said he hadn't seriously considered his race until he arrived on the rural campus, Olivetti said.

Taliaferro said his aim with this project work is to "give you pause" when you meet someone and not cling to perceptions.

The exhibition begins with black and white portraits of each man, followed by color photographs that include props each have selected to identify themselves.

"It's not a black or white thing, it's a human thing," said Taliaferro. "Who do you see when you look at me? We all make snap decisions and this (exhibit) is set to mimic that."

"It seems like it's the right time in this moment of history when Americans are being vilified because of the color of their skin," he said.

For his color photograph, Edwards, an adjunct professor of English at SU, held a copy of "Invisible Man" by Ralph Ellison.

Richard Alexander, an associate head coach at Bucknell University, is also featured in the exhibit.

His wife, Monique Alexander, was included in a similar project by Taliaferro that was held at the university nine years ago.

"She enjoyed it," he said, of his willingness to take part. "Certainly anything that can spark productive conversation is a good thing."

Alexander said he plans to bring his children, ages 9 and 5, to tonight's opening public reception which will be held from 7 p.m. to 9 p.m.

"Definitely being a person of color it's nice for (my children) to see other people of color," he said.

The exhibit will be at the gallery through March 1.