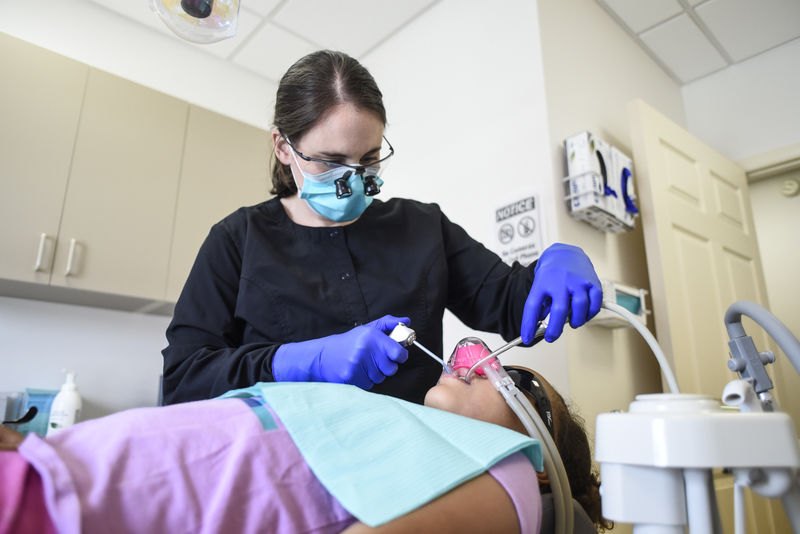 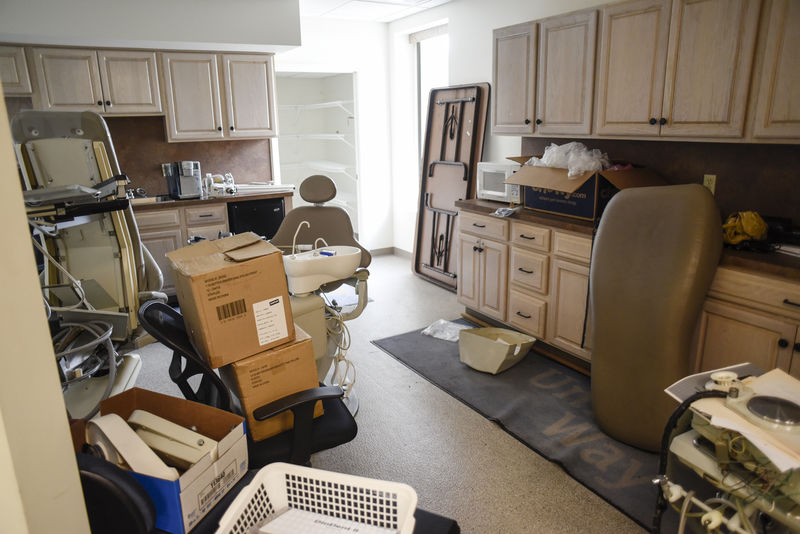 Robert Inglis/The Daily Item The second floor of the Susquehanna River Valley Dental Clinic in Sunbury is set to begin renovations to make it kid friendly. 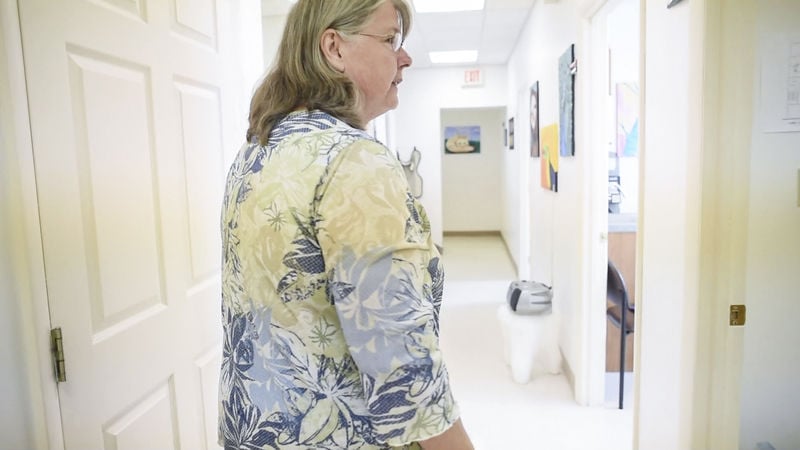 Robert Inglis/The Daily Item Susquehanna River Valley Dental Clinic office manager Sue White talks about some of the rooms they have currently and their expansion plans.

Robert Inglis/The Daily Item The second floor of the Susquehanna River Valley Dental Clinic in Sunbury is set to begin renovations to make it kid friendly.

Robert Inglis/The Daily Item Susquehanna River Valley Dental Clinic office manager Sue White talks about some of the rooms they have currently and their expansion plans.

The Sunbury clinic that provides low-cost dental care to Medicaid and low-income patients has received a $200,000 donation from Geisinger that was spent purchasing the building at 335 Market St. in the Northumberland County city where it has operated since 2009, said office manager Sue White.

The first phase construction of a pediatric dentistry wing on the second floor, which had been occupied by the Greater Susquehanna Valley United Way before it relocated to 228 Arch St. last year, will begin in a couple of weeks with contractor Sean Ross working mostly weekends, White said.

Plans include an interactive kid-friendly waiting room designed to "distract" the 6,000 young patients served each year, she said.

Nicole Hafer, a Sunbury mother of five young children, looks forward to the new wing and waiting room where she brings her oldest children ages 2 to 7.

"The clinic is so convenient and they go extra to try and keep (children) calm," she said as her 7- and 3-year-old waited for their 6-year-old sister, Aaniyah, to be done with her dental appointment Tuesday afternoon.

Her eldest daughter, Ke'essence, played quietly as she waited her turn in the dentist's chair.

"There aren't that many toys here," she said, as she played with a coat rack in the waiting room.

Another $180,000 is needed to finish the renovations and equip the dental suites, which White said is nearly secured.

"Unless we can really dream big," she said of the goal of adding pediatric equipment, including lasers to replace drills, and hiring an oral surgeon.

The clinic began in 2009 with four treatment rooms and with the planned renovations will offer 14 treatment rooms staffed by 18 employees, including five full- and part-time dentists who treat more than 1,000 patients each month.

"I think it's pretty amazing that we have a three-floor clinic in the middle of Sunbury that is doing things that most dentists will not do," said assistant office manager Catalina Payson of the service being offered to under- and uninsured low-income residents in Northumberland, Snyder and Union counties.

"We do everything to keep patients healthy," she said, including about 300 extractions each month, cleaning, basic restoration and crowns for youth 21 and under.

The clinic has also partnered with United Way to serve Wood-Mode employees who were left jobless and without insurance when the Kreamer plant abruptly closed May 13.

White said a few of the employees have used the clinic's services which are available 7:30 a.m. to 5 p.m. Monday through Thursday.