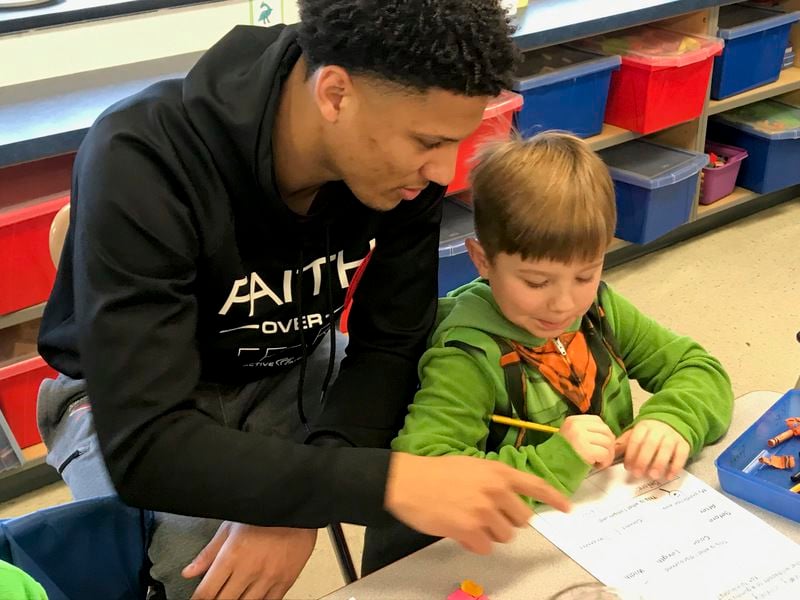 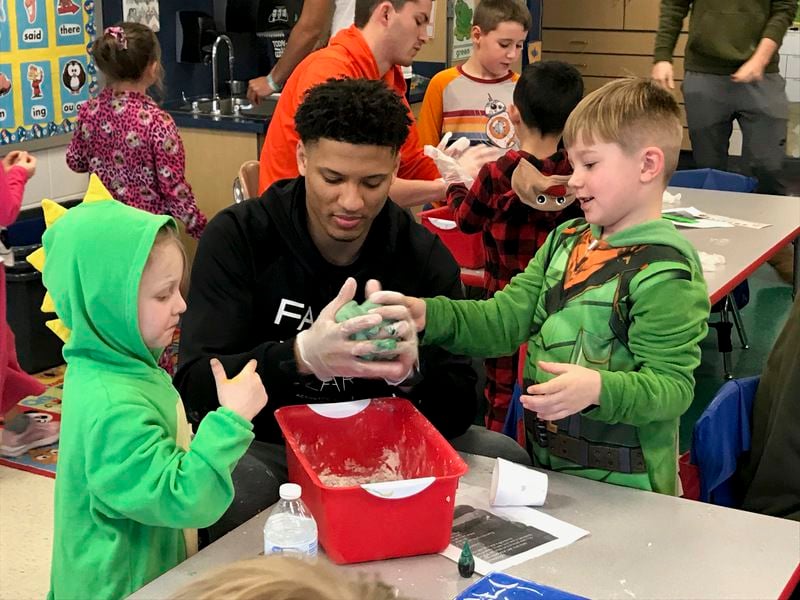 "It's so fun," the junior college athlete said as 18 of his teammates also engaged with young students in the kindergarten classrooms of Selinsgrove Elementary School teachers Julie Prusch and Molly McCabe for an hour Tuesday morning.

The athletes have been invited to the classrooms every January for the past six years to help out with science experiments and reading.

Prusch's husband, Mark, is an assistant basketball coach and the university and she decided to "take advantage" of the athletes' ability to engage with her students in a meaningful way.

The students, no matter their age, benefit from the interaction, Prusch said.

"At the beginning, the little guys are shy and then everyone loosens up," she said.

"This is awesome," said Strawser, as he worked with Kozinski on a science project involving gummy bear candy and a glass of water.

Sitting in a small stool, 6-foot, 7-inch tall senior Zachary Knecht took to the task of making playdough with gusto.

"I love making slime," he said, adding that he's been visiting Prusch and McCabe's classrooms for the past four years. "Everybody has fun, even the bigger students are maybe having more fun."

Joe'l Morris, a junior athlete, enjoys the environment of working with energetic youngsters.

"The kids like the competition," he said. On Monday the college students read "The Three Little Pigs" and then teamed up with the younger pupils in a competition to build the largest structure out of paper, straws and glue that could withstand a hairdryer.

On Feb. 8, the students will meet again when the youngsters and their families are invited to a SU basketball game where they will compete in a half-time relay race.