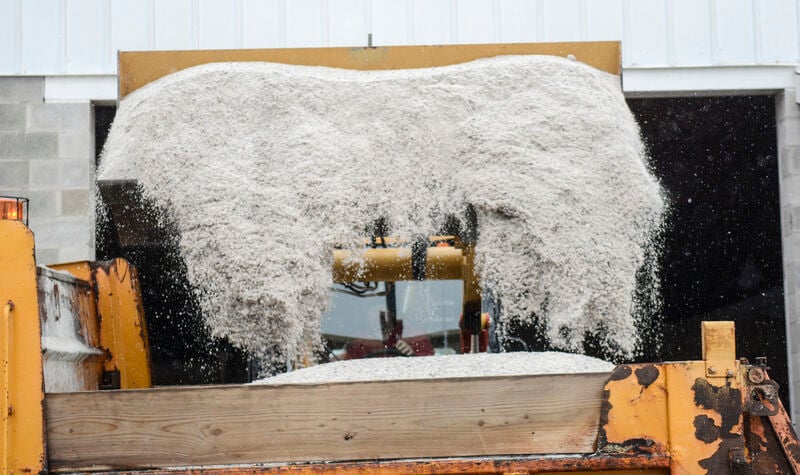 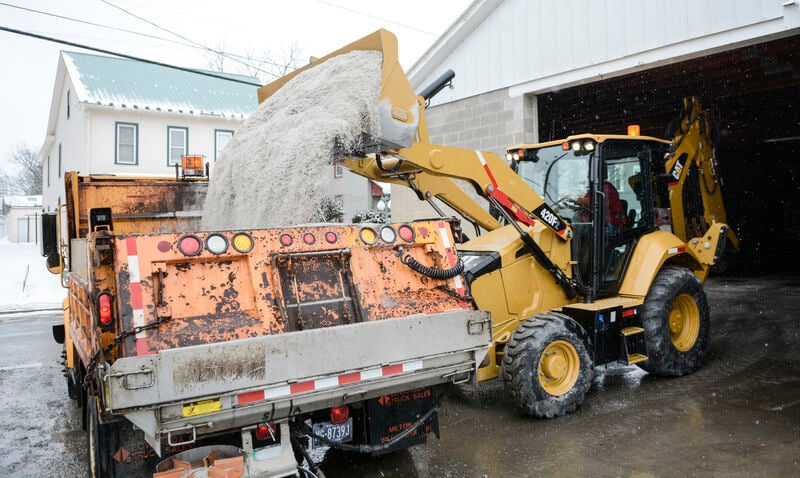 The harsh winter is taking a toll on municipal budget and street crews who have been working overtime to keep Valley roads and streets clear during the recent crush of winter storms.

Stacey Kifolo, manager of East Buffalo Township, estimated the township used 100 tons each of salt and aggregate road material in winter 2019-20. This year, she estimates they’ve used from 3 to 4 times those amounts.

Another way to look at road maintenance during winter storms is fuel use. According to Kifolo, the snowstorm from Dec. 16-17 that dumped an estimated 18 inches on the greater Lewisburg area saw the township road crews use nearly 550 gallons of diesel fuel to operate their trucks and plows.

Kifolo added that staff overtime in 2021 likely already surpassed all of 2020.

“The overlooked toll is on the crews. The stress on the mind and body. The out-of-the-ordinary shifts that require the guys to be fully alert when they would otherwise be getting their body’s needed sleep. They are out there when so many others wouldn’t even dare. My guys don’t get the level of appreciation they deserve for clearing roads so that people can get to work and emergency vehicles can get to people,” Kifolo said.

Lewisburg Borough has used 321.45 tons of rock salt for its roadways this winter so far compared to 217.02 all of last winter, according to Borough Manager William Lowthert.

This year, the tally is $81,383 and climbing. The major additional expense is third-party clearing and hauling of snow from parking lanes along borough streets: $24,414. Last year, the borough didn’t have to expend a dime since there wasn’t nearly the amount of snowfall.

Employee overtime is up, too. Regular time and overtime combined cost $8,850 last winter compared to $5,958 for regular time and $18,887 for overtime this year so far, Lowthert said.

Northumberland Borough Manager Jan Bowman said the borough has used approximately 300 tons of salt this winter season. In the past few years, the borough never used more than 200 tons in a winter.

The borough purchases the salt through COSTARS, a cooperative purchasing program where municipalities can join in with other municipalities to purchase salt together through the counties. Each year, they must order what they expect they will use, but Bowman said the borough will need more salt soon.

“We’re almost over what we said we wanted,” said Bowman. “We can still get salt through them, but it will be $7 more a ton than the original COSTARS bid.”

Selinsgrove Borough is blowing through its 2021 budget of $23,500 for snow removal due to the wintry weather.

As of Friday, the borough had spent $17,945 on salt, employee overtime and other expenses related to road preparation, snow and ice removal, borough Manager Lauren Martz said.

To keep costs down, borough officials have set a threshold of eight inches of snow accumulation before they completely remove snow piles.

Martz said the borough office often receives calls about why snow is plowed into piles and not removed completely.

"We do it when there are eight inches of snowfall because otherwise the road crew would be out all the time," she said.

Monroe Township expects to purchase another order of salt, about $5,000 worth, before the winter is over but they are on track to spend about as much as they have on snow removal and winter road preparation as they have the past two years, township treasurer Stephanie McKinney said.

The municipality participates in the Costars program which requires them to purchase a minimum amount of salt. McKinney said they had ample supply left over from last year due to a lack of snow.

Middleburg borough also participates in the Costars program and is so well stocked with salt that Administrator Elizabeth Paige said they will able to provide some to Midd-West School District.

The borough had about 22 tons of salt even after opting not to buy more last year, but Paige is already planning to purchase 44 tons of salt for next year to replenish the supply.