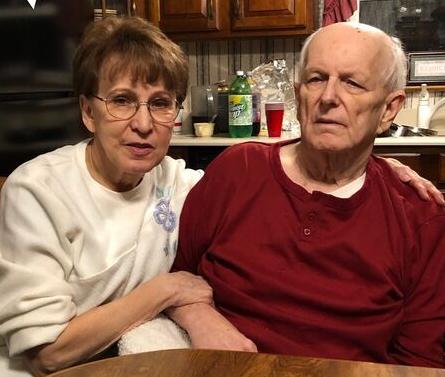 Judy and Terry Weaver, of Watsontown, before they contracted COVID-19 in early December. Photo provided. 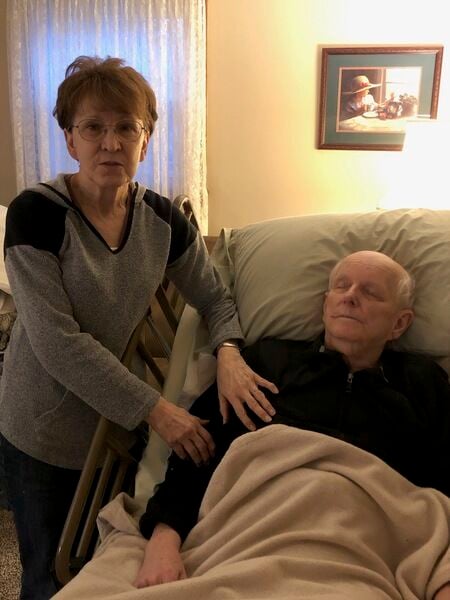 Judy and Terry Weaver, of Watsontown, before they contracted COVID-19 in early December. Photo provided.

Terry Weaver lost his ability to talk while battling dementia and Parkinson's disease but was still able to sing, until last month when COVID-19 stole that, too.

The 74-year-old Watsontown resident's health has deteriorated since December when he and his wife Judy Weaver, 71, contracted the coronavirus, she said.

"It's changed his life," she said. "I really don't have a lot of hope of him ever recovering."

Terry Weaver was diagnosed with dementia at age 64 and a couple of years later with Parkinson's, of which he suffered minor symptoms.

Judy Weaver has cared for him in their home for several years with the occasional aid of respite care worker Kathy Handiboe, of Watsontown.

Since the health pandemic began, the Weavers have been careful to protect themselves.

"I would order groceries online and if I had to go out I wore a mask and used anti-bacterial wipes to open doors," Judy Weaver said.

But in early December she began experiencing cold-like symptoms, including a persistent cough.

Before having an elective medical procedure Judy Weaver was tested for COVID-19 and learned she had the virus.

Her husband began experiencing similar symptoms, including fever and a cough and was hospitalized for three days.

Judy Weaver had to seek emergency care due to a severe asthma attack three weeks after her COVID-19 diagnosis and she still gets fatigued if she talks too much or moves too fast.

But for Terry Weaver, COVID-19 has had a more debilitating impact which was apparent when he returned home from the hospital, she said.

Until he became ill with the coronavirus, Weaver had a hearty appetite, was able to eat on his own, walk with some assistance and sing hymns and other songs with his wife. His singing voice has slightly returned in recent days but he now has to be spoon-fed thickened liquids and is unable to get out of bed on his own.

"His joints are so stiff I have to do physical therapy," said Judy Weaver of how the virus has hastened her husband's decline.

Handiboe said the Weavers purchased a wheelchair accessible van before they got ill and have only been able to use it twice.

"Terry had an adorable twinkle in his eye. It's not there anymore," she said.