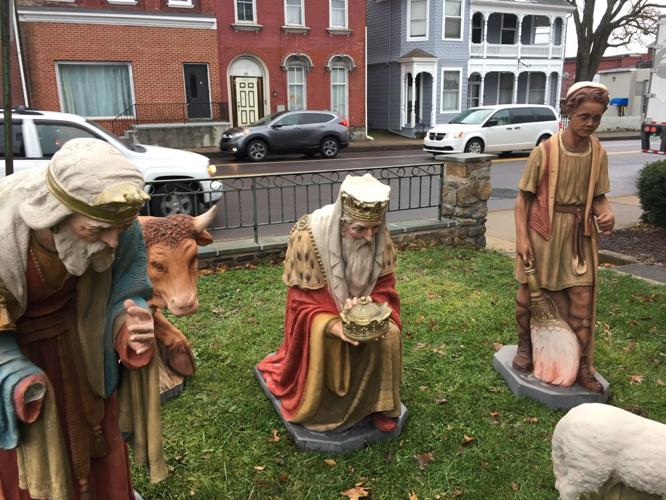 Some of the figures in the St. Joseph Parish Nativity scene. 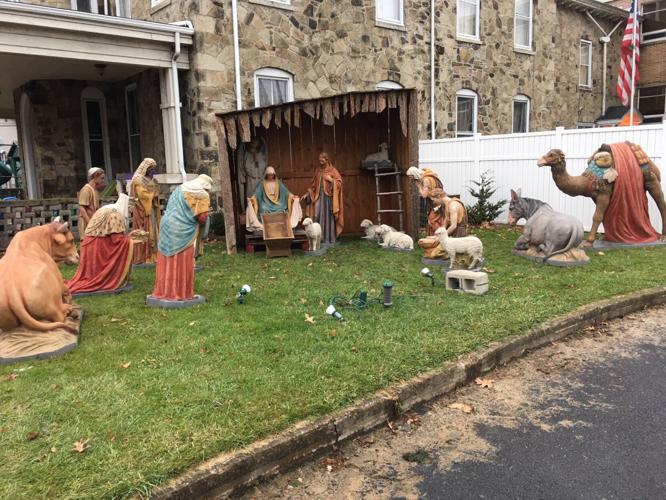 The St. Joseph Parish Nativity scene is set up in preparation for Christmas. 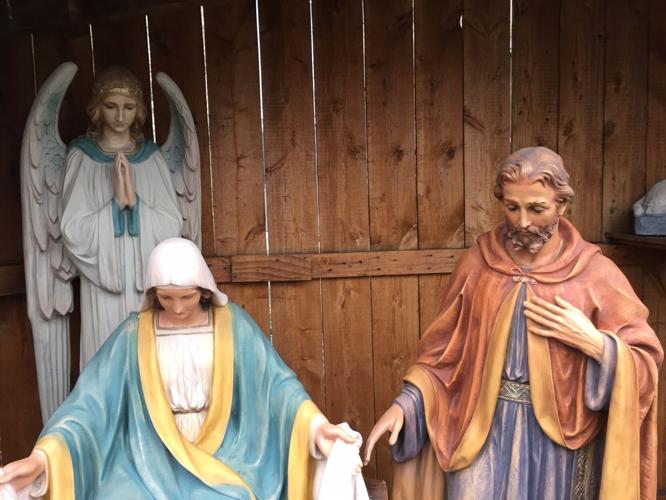 Mary and Joseph are at the center of the St. Joseph Parish Nativity scene.

Some of the figures in the St. Joseph Parish Nativity scene.

The St. Joseph Parish Nativity scene is set up in preparation for Christmas.

Mary and Joseph are at the center of the St. Joseph Parish Nativity scene.

DANVILLE — Mary and Joseph, heads bowed, are waiting for the baby Jesus to appear in the manger.

So are the angel, three Wise Men, the shepherds, ox, donkey, camel and sheep.

They are waiting, as they do every year during this season of Advent.

That’s the point of the nearly life-size Nativity scene near the parking lot of St. Joseph School in Danville. A familar scene for nearly 20 years to drivers passing the school on Route 11, it is a reminder of the original reason for celebrating Christmas.

It is a tradition in the Christian world that dates back to the 13th century, when St. Francis of Assisi is said to have set up the first Nativity scene with a manger, hay and two live animals — and ox and an ass — in a cave in Greccio, Italy. The popularity of Nativity scenes spread throughout Europe after that.

The men at St. Joseph Parish built on that tradition, and the creche, among the largest in the area, grew from its first showing around 2004.

“I would say it’s certainly a lot bigger than a lot of them,” said Duane Hilkert, who was among those who built the stable and who helps set up the display.

“We put it up so people can prepare for the birth of Jesus during Advent,” said Charles Billet, founder of the Catholic men’s group that built the stable used in the display and a member of the Danville Knights of Columbus, which sets up the display each year with the men’s group and other volunteers from the church. “It’s a holy time during this time for the next four weeks. People will be thinking about Jesus’s birth, about what it means to their life.”

Billet said that he formed the men’s group around 2001 in his home. He said there were about four others involved at the time and they built bookcases and provided a coat rack and a place for a statue. He said the membership in the group fluctuates and was up to 12 members at one time.

He said the group’s objective is to provide men with a forum to discuss how to keep God in their roles as husband, father, worker, etc, through prayer, reading of Scripture, reflection and friendship. The group is not part of St. Joseph’s, but the church provided the members with a place to meet.

Hilkert, Billet and Phil Amarante said the tradition started when congregation members donated the statues of Mary and Joseph.

“As far as I remember, some family from the church bought a couple of the figures,” Hilkert said. “I think it was Mary and Joseph. Once we built (the stable), other parishioners bought the rest of (the figures).”

Eighteen fiberglass figures are staged in and around the stable, focused on the empty manger, where baby Jesus won’t appear until after the Christmas Eve service.

“After Christmas Eve Mass is when baby Jesus is placed in the manger,” Amarante said. “It’s tradition.”

Hilkert said the setup of the Nativity scene takes an hour and a half to two hours, including hauling the display pieces out of the school basement.

“That depends on how much help we get,” Hilkert said.

Amarante said the stable was built with fresh cut pine from an Amish lumberyard near Washingtonville. He said parishioners donated more of the figures once they saw the original display.

“Everybody liked what we started with,” he said. “People stepped up and donated.”

“It’s a beautiful way of portraying that event,” said Amarante, who helped build the stable, and as a Knight, helps set it up each year. “Maybe they will have a moment of tranquility. Coming south on Route 11, it hits you in the face. It’s a really good spot to portray the true meaning of Christmas.”