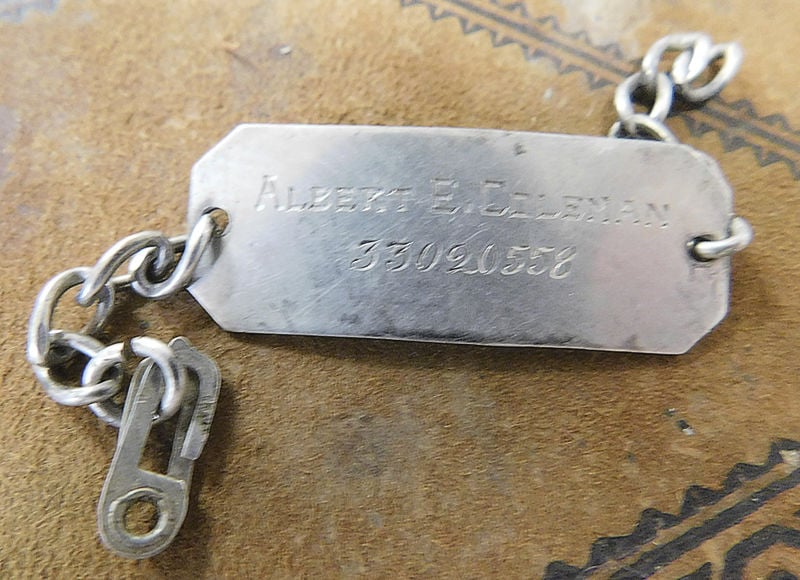 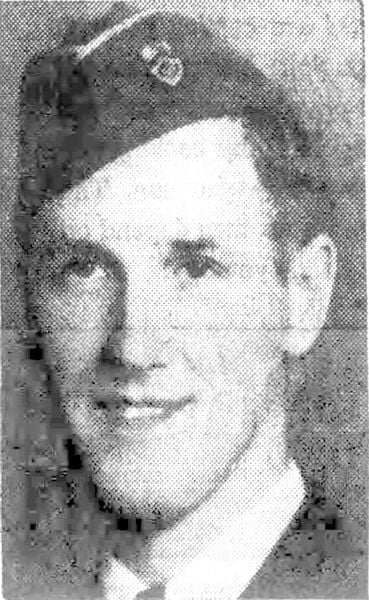 An off-duty police detective using a metal detector in a pasture in Wales found a silver bracelet that a U.S. serviceman lost during World War II.

The detective, Colin Murphy, used the information to trace the soldier to Snyder County, then sent the bracelet to the Snyder County Historical Society with a request that it be given to Coleman’s family.

The historical society will present it to Coleman’s daughter, Nancy Shilling of Biglerville, during a program at the society’s Middleburg headquarters at 2 p.m. Sunday. The septuagenarian lives in Adams County.

Murphy said in an email that he discovered the bracelet while engaging in “just a bit of down-time detecting” in Pembrokeshire, a county in southwest Wales.

“The bracelet was in fabulous condition as silver will not rust,” Murphy said, adding, “It’s always a pleasure to find an article with some provenance, and tracing the living relative is really special.”

Coleman lived in Beavertown and Middleburg before moving to Sunbury as a child, according to Esther Klinger, a member of the society’s board.

After high school, “he married Esther Irene Arbogast and they had a daughter when he enlisted. She was 18 months old when he was killed in the Battle of the Bulge on Jan. 17, 1945,” Klinger said.

Coleman’s remains were shipped to the United States after the war and buried in the Beavertown Cemetery in April 1949.

His only child, Nancy Coleman was 5 years old by then. “His daughter has no recollection of her father and has very limited mementos,” Klinger said. “She does remember the funeral, particularly the gun salute at the grave.”

According to an obituary that appeared in The Daily Item on April 19, 1949, Coleman had been a sergeant “affiliated with the Second Division Infantry” at the time of his death. He had entered the military service on Jan. 14, 1942 and went to Texas and Wisconsin for training before being sent to Europe.

Coleman’s unit apparently went to Wales before going across the English Channel because Murphy said he found the bracelet on the grounds of Cresselly House on a large country estate.

“I’m told by the owner of the mansion that the house was used by the U.S. Army in the Second World War in preparation for going to war against the Germans,” Murphy said.

Murphy said that “the bracelet was found approximately six inches deep in pasture fields on the grounds of Cresselly House.” He said he used a spade to dig it up. He added that the field was “the only relatively flat area by the house, and my thought is this is where the troops would have taken recreation, i.e., baseball, soccer.”

Once the bracelet was unearthed, “I could see the name and number instantly, but it took me a few weeks of research to find out what it was,” the 49-year-old detective said.

“I have been (metal) detecting for approximately four years,” Murphy said.

When the historical society received the bracelet, Klinger and several others began to search for possible family members. Librarian Janet Walker and board member Pat Benfer located the grave in Beavertown, Klinger said.

Efforts to trace Coleman’s daughter turned up what Klinger described as a “last known address from 2002.”

Klinger said that she sent a letter to the address, and “on Memorial Day weekend, I got a call from the daughter who was overwhelmed,” Klinger said.

Sunday's ceremony will include Presentation of the Colors by the Beavertown-Beaver Springs American Legion, which provided military honors at Coleman’s burial, Klinger said. Also, “the daughter is going to say a few words at the ceremony,” Klinger said.