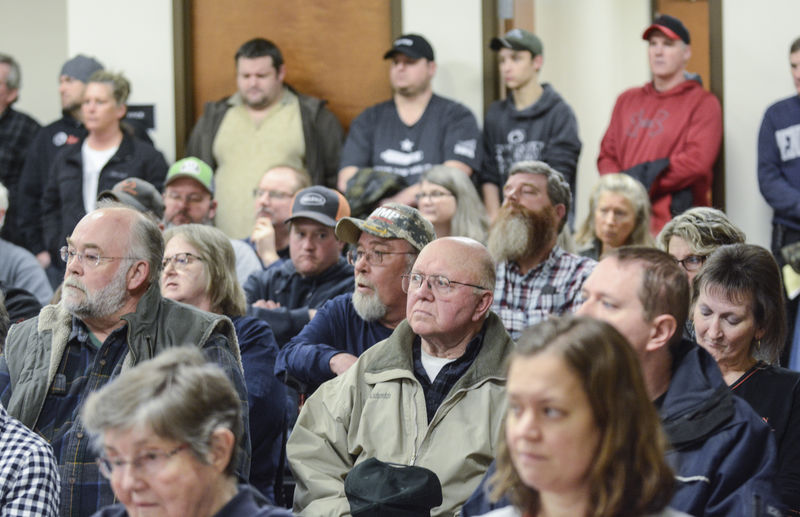 A large crowd with varying opinions on a proposed Second Amendment ordinance turned out at Monday’s East Buffalo Township meeting. 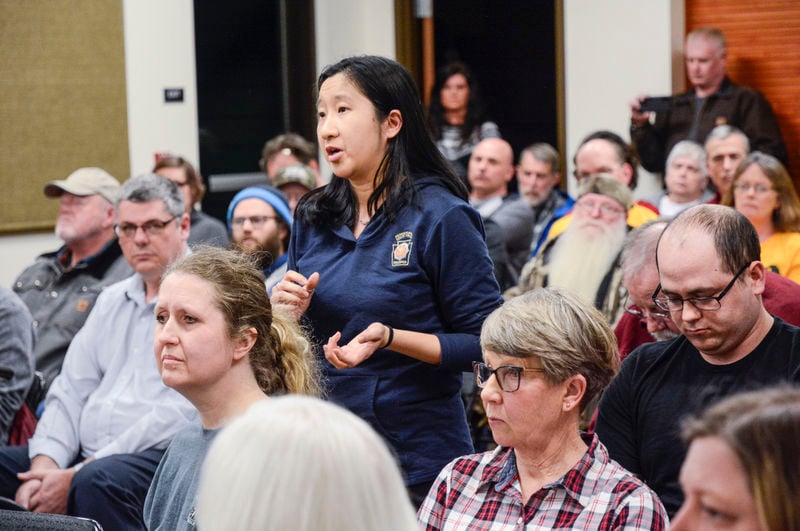 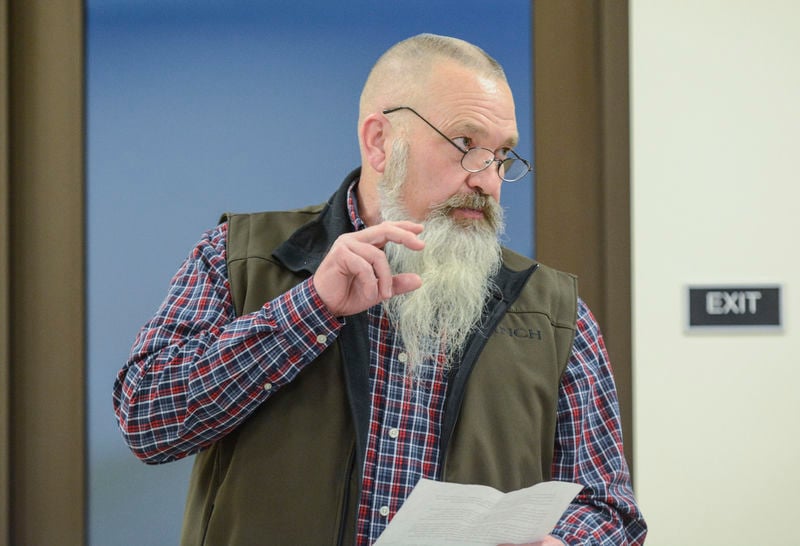 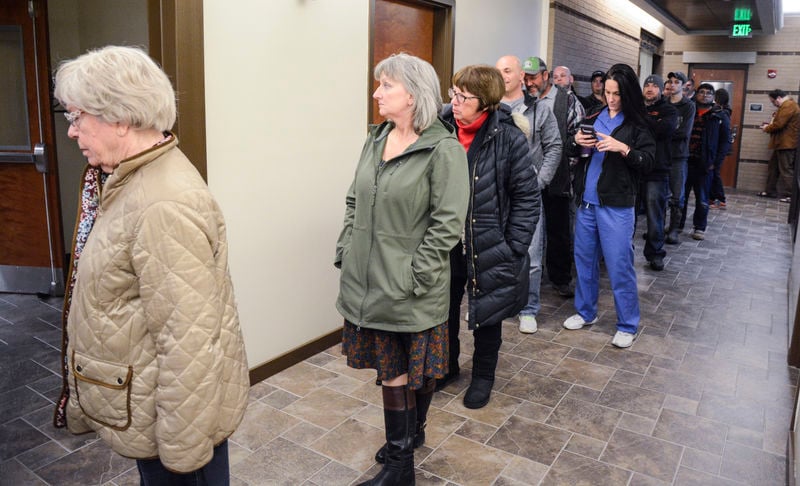 A line of people wait to get into the East Buffalo Township meeting on Monday evening.

A large crowd with varying opinions on a proposed Second Amendment ordinance turned out at Monday’s East Buffalo Township meeting.

A line of people wait to get into the East Buffalo Township meeting on Monday evening.

The ordinance rejects the enforcement of certain state or federal gun control laws and would restrict the use of local government resources to abide with the higher-government statutes.

By and large, supporters argued gun control measures restricting ownership for law-abiding citizens directly violates the right to bear arms granted by the Second Amendment of the U.S. Constitution.

“I support the Second Amendment,” was a refrain repeated often by the 100-person crowd’s majority.

“I am a firearm owner and fully support the Second Amendment as well as the reasoning behind the ordinance,” said Anne Sloan, a township resident.

Acknowledging members of the Moms Demand Action in attendance, Sloan said the collective energy of the community should be used to address addiction, human trafficking and infrastructure.

Those in opposition said the local government has no place in diverting from the rule of law established in state and federal courts but should it choose to do so, it could expose taxpayers to financial liabilities if the ordinance is challenged in court.

Moms Demand Action advocates for “commonsense” gun laws and not the abolition of gun ownership. Lauren Peck, a member of the local Moms contingent, told township supervisors the municipal body had no authority to reject gun laws.

“The constitutionality of future gun laws will be determined by the courts,” Peck said. “People like you,” she told the board, “have an obligation to carry out that law, not defy it.”

The first Second Amendment Sanctuary Ordinance (SASO) as drafted by Gun Owners of America was passed last week in Buffalo Township, Union County, according to Val Finnell, Pennsylvania director of the advocacy group. Members of the Buffalo Township board attended Monday’s meeting.

Hundreds more communities nationwide have adopted SASO resolutions, which amounts to a symbolic gesture compared to the binding rules ordinances bring about.

A group of Union County residents including Shawn Waltman and Scott Henninger launched a local push aiming to have SASO adopted across the county.

“I was always beat (to a crime scene) by one or two people. One of those people was the victim,” Henninger said, adding that he was once backed up by an armed citizen and remains thankful for it.

Leroy Fisher invited anyone curious about gun use and ownership to visit him at a local gun club for safe demonstration and information.

“Gun-handling should start at home at a young age,” Fisher said.

Those among the crowd who spoke out on the issue Monday were split. Supporters created a majority but those in opposition were also well-represented. It could hardly be used to measure support among township residents as attendees came from all over Union County — Lewisburg, Allenwood, Mifflinburg and beyond — and not just East Buffalo Township alone.

The supervisors devoted the first 80 minutes of the meeting for audience participation. The crowd heeded Chairman Matt Schumacher’s request that they act civil, speak efficiently, avoid redundancy and steer clear of jeering or talking over others.

The governing body didn’t act on the measure. They didn’t discuss it or seek answers to questions. They simply allowed the audience to speak its mind.

Further discussion by supervisors is expected at a public work session to be held at 5:30 p.m. Feb. 24 at the township municipal building, 589 Fairground Road.

Township Manager Stacey Kifolo said the matter couldn’t be put to a vote by township residents as it doesn’t meet specific criteria for a ballot question.

“This municipal body has no authority to say whether or not a state or federal law is unconstitutional. The only way to make that happen is if the board decides to file suit against the state,” Kifolo said.