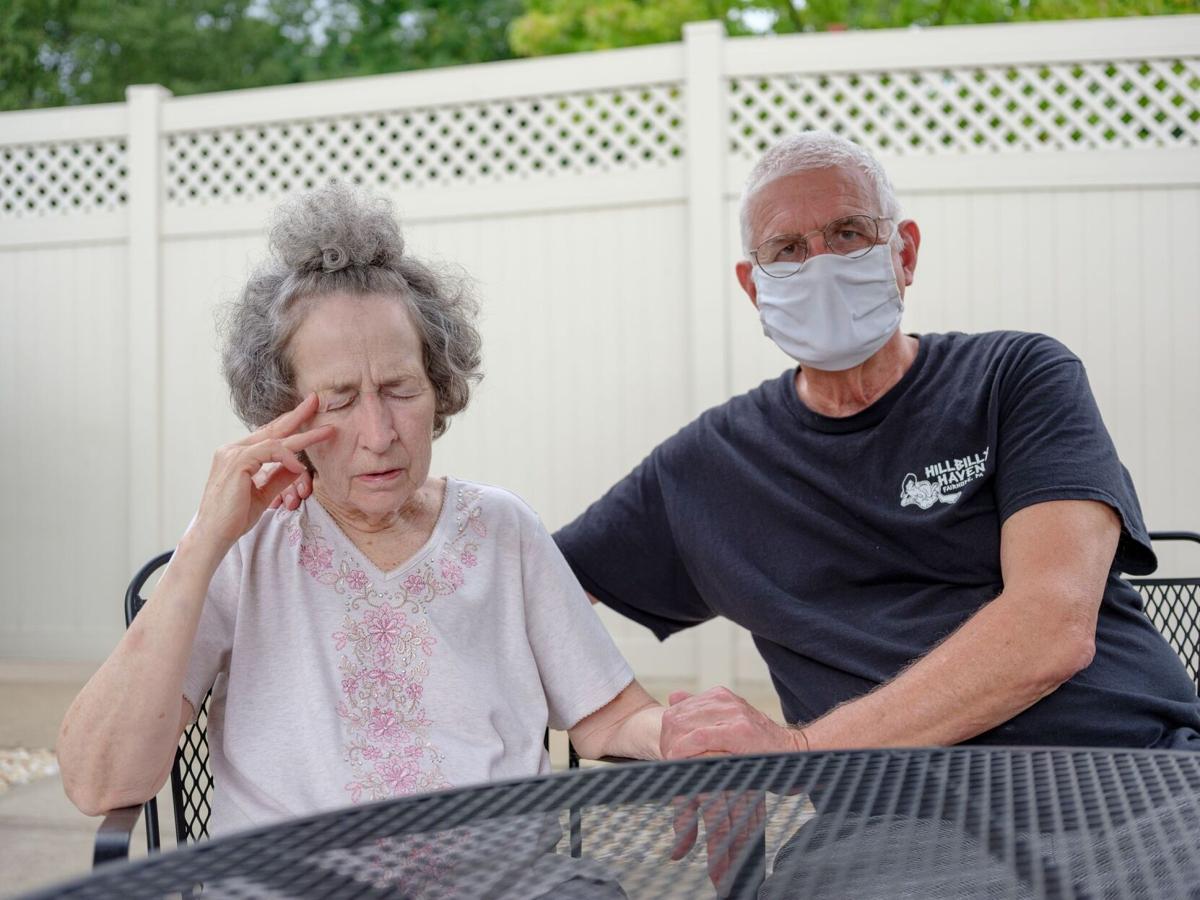 Pat Loughney (right) cared for his wife, Candy, in their home until she became ill after eating medicated soap. Candy is one of 280,000 Pennsylvanians over the age of 64 living with Alzheimer’s disease, the most common cause of dementia. 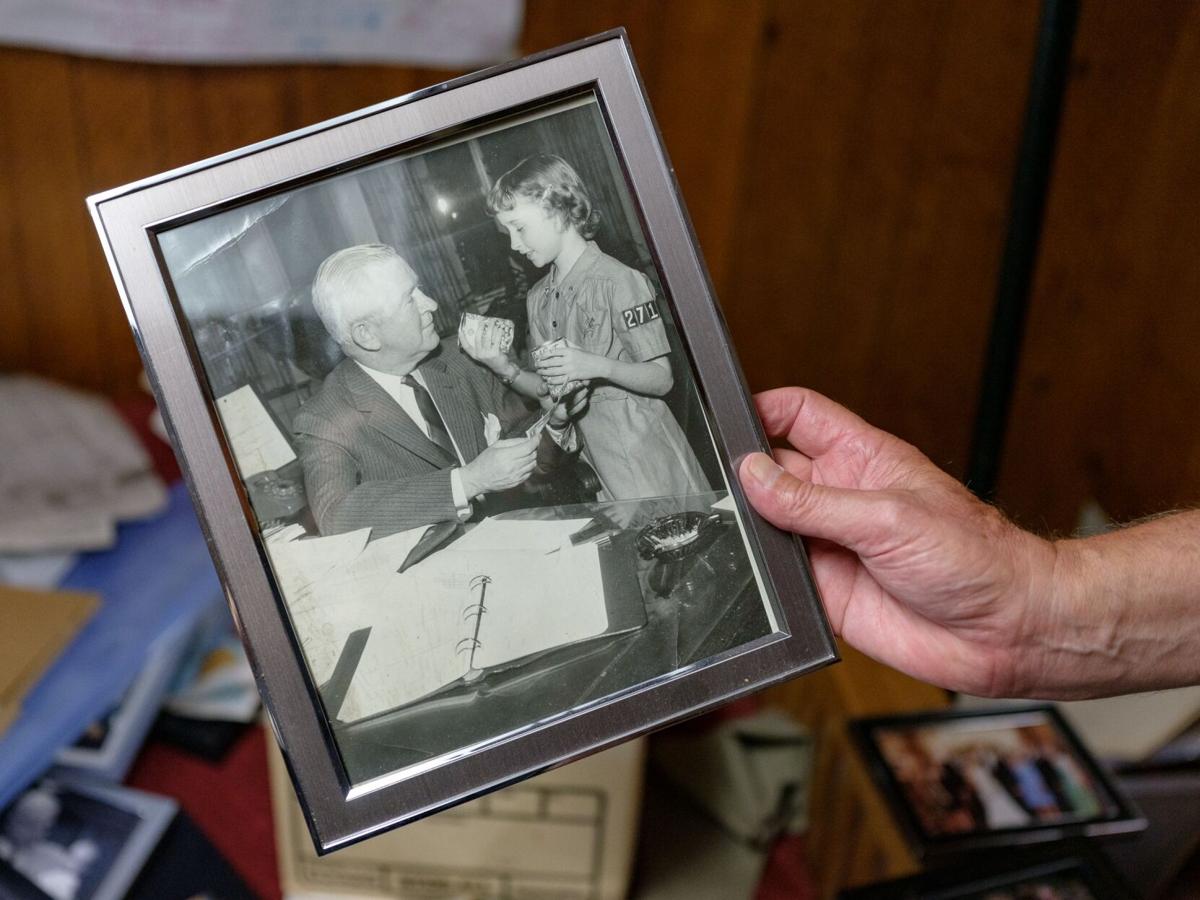 {span}Alice “Candy” Loughney grew up in Pittsburgh, where her father, Joseph M. Barr (pictured here), was mayor. Candy, now 71, has Alzheimer’s disease and moved into a long-term care facility in Monroeville after her symptoms became too much for her husband to manage.{/span} 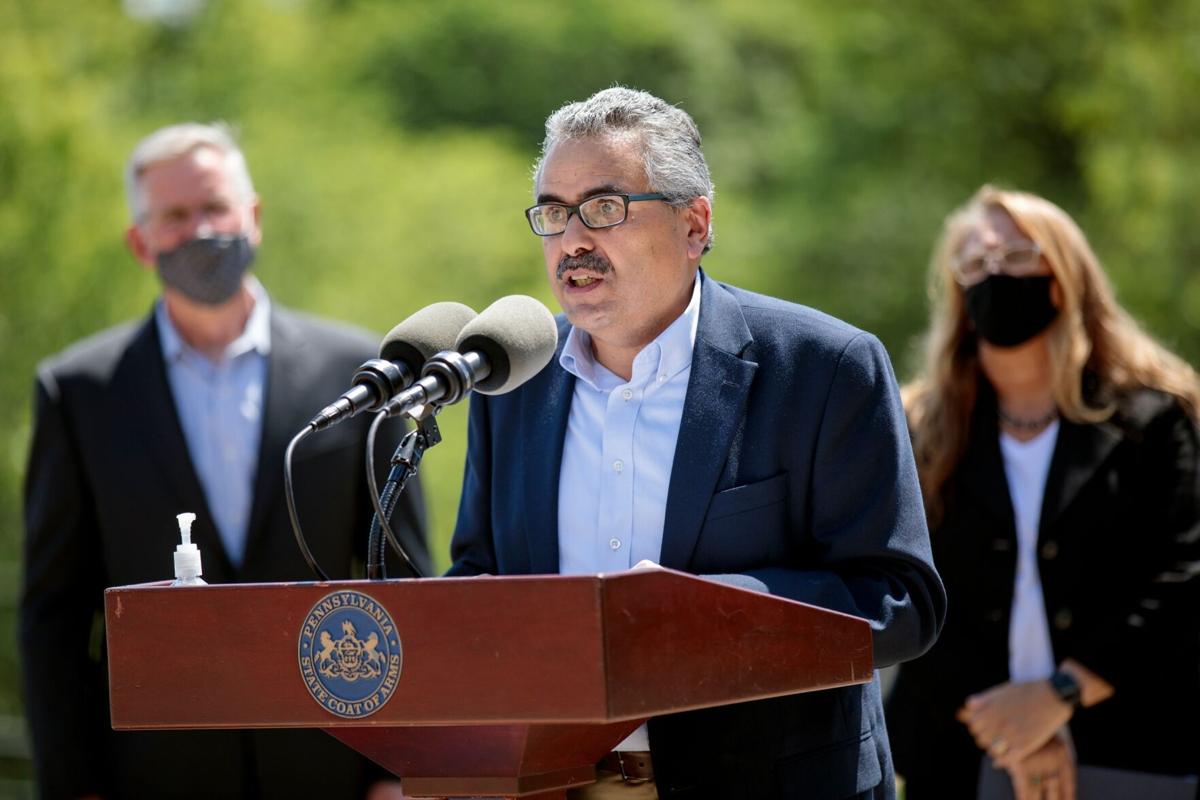 {span}The state has a support and reimbursement program that helps unpaid at-home caregivers cover related costs. But Pennsylvania Secretary of Aging Robert Torres said the program has been “historically underutilized, no question.”{/span}

Pat Loughney was sleep-deprived and panicked as he dug a partially eaten bar of medicated soap from his wife’s mouth in the narrow confines of their upstairs bathroom. Minutes later, her face swelled and her throat began to close.

At the hospital, Pat explained to the staff that Candy had Alzheimer’s disease and her condition had been deteriorating.

Run-of-the-mill forgetfulness had progressed to a dizzying string of misplaced cars, wandering incidents, locks being placed inside their home near Pittsburgh, and Pat staying awake at all hours to make sure his greatest fears weren’t realized.

There were moments of relative clarity along the way, too.

“Alzheimer’s is like a floor lamp with a loose light bulb on a creaky floor,” Pat recalled a physician telling him. “Every once in a while there’s a connection.”

But things kept trending worse, until that September night in the hospital when Pat knew Candy needed more care than he could give. After two days in the ICU, his wife of nearly 40 years — real name Alice, playfully nicknamed Candy because her maiden name is Barr — would leave their home for a long-term care facility in Monroeville.

She did so in the thick of the COVID-19 pandemic, a public health emergency that tore through similar facilities across Pennsylvania. The result laid bare chronic oversight failures in homes that account for half of all COVID-19 deaths statewide.

Medical professionals and memory care experts say the chaos confirmed what they already knew: Pennsylvania, one of the nation’s most elderly states, is unprepared for another kind of public health emergency — this one with no vaccine, few preventative measures, and its own set of dire economic implications.

There are 280,000 Pennsylvanians over the age of 64 currently living with Alzheimer’s disease, the most common cause of dementia, and another 100,000 with related disorders — Parkinson’s disease dementia, Lewy body dementia, and vascular dementia, to name a few.

The Alzheimer’s figure alone is expected to reach 320,000 by 2025 and swell exponentially from there as the baby boomer generation, one of the largest in U.S. history, continues to age.

The longer cases progress, the more likely they are to require full-time supervision that is incredibly costly and already in high demand.

Right now, few state-licensed eldercare facilities have dementia-specific accommodations, with a maximum capacity of 17,157 patients between them.

With hundreds of thousands of cases and the potential for half to be moderate or severe, according to new research, the math favors a growing wave of “under-supervised” cases and cases managed by loved ones, like Pat Loughney, in sometimes excruciating fashion.

“If you want to talk about the future and people with Alzheimer’s, I think you’re going to see the need for more and more of these kinds of places where people can get the specialized care they need,” said Diane Menio, executive director of the Philadelphia-based Center for Advocacy for the Rights & Interests of the Elderly.

Experts and advocates give the state a near-failing grade in its efforts to prepare for the coming crisis in dementia care, a PublicSource/Spotlight PA investigation found. An official state action plan has sputtered for years, high costs could push families and facilities to the brink, and those serving on an unfunded state task force concede time is running out — and fast.

A need for beds and staff

In Pennsylvania, less than a third of licensed personal care homes and assisted living facilities have dedicated dementia units, with a 10,595-person combined capacity.

Less than a fourth of the state’s separately licensed skilled nursing facilities, or nursing homes, have “Alzheimer’s disease beds,” 6,562 between them.

“We do hear time and time again that it’s just such a challenge to find space,” Ebersole said.

The reason there aren’t more dementia-dedicated spaces already, according to multiple sources, is a mix of economics and the slow evolution of eldercare as attitudes toward, and expectations of, dementia services change.

But limited space in facilities is just one part of the problem.

Specialists are wildly outnumbered, too, a dynamic not unique to Pennsylvania.

“There aren’t more than 1,500 board-certified geriatric psychiatrists for the whole U.S. population now,” Joel Streim, a Philadelphia-based geriatrician and professor of psychiatry at the University of Pennsylvania, said. “To put that in context, there are more than six million Americans with Alzheimer’s” who are older than 64.

Perhaps even more pressing, though, is a lack of trained staff who directly care for patients in an industry noted for extreme turnover even before the pandemic prompted resignations.

“If you could make more money in Walmart or fast food, why would you come work in a nursing home and, you know, toilet people and take care of their most basic needs?” said Kim Jackson, a Service Employees International Union-affiliated nurse with decades in the field.

But the idea is likely to draw pushback from the homes themselves, many corporate-owned, if the response to a recent proposal from the Wolf administration is any indicator. That plan would require nursing home staff to spend more time daily with patients and, in turn, nursing homes to hire more workers.

“In our current operating environment, this proposed regulation is an unattainable, unfunded mandate that will cripple an essential component of the long-term care continuum,” said Zach Shamberg, CEO of the Pennsylvania Health Care Association, an industry group representing more than 400 facilities statewide.

Jackson said she was the lone nurse responsible for 40 residents before the pandemic prompted a spate of staff departures and unexpected absences. (Fearing repercussions, she asked that her facility’s name not be used.)

She said she’s still coping with the strain of the past year while dealing with a profound and lingering case of “compassion fatigue.”

“I had people dying without their families.”

Those who can’t afford long-term care on their own and who demonstrate an urgent need can apply for coverage through Pennsylvania’s Medicaid program, and many do.

Roughly 85% of nursing facility services in Pennsylvania are paid for by the state’s Medicaid program, per the state Department of Human Services. Pennsylvania spent nearly $33 billion on the program overall in 2019, with the federal government covering more than half the cost.

The number of Medicaid and Medicare recipients in Pennsylvania with Alzheimer’s disease or a related dementia disorder has also grown every year since 2015 — from 37,052 to 58,342 in 2020.

Advocates have for years warned that rising rates of Alzheimer’s, the most expensive disease in the world to treat, could bankrupt the programs or, at a minimum, lead to deep cuts.

Gov. Tom Corbett in 2013 commissioned a state plan to “define a response” to Pennsylvania’s growing dementia crisis. Among dozens of recommended action items, the plan called for an analysis of negative economic impacts on state programs like Medicaid.

But seven years after the plan was released, that recommendation and many others still haven’t been completed, limiting the state’s preparedness for a massive and fast-moving public health emergency.

Pennsylvania’s Department of Aging notes some progress: Partnerships with stakeholders have been launched along with dementia-friendly programs and an annual statewide forum on the subject.

Still, without adequate funds, some of the more ambitious — and advocates say meaningful — recommendations in the plan have faltered.

The Pennsylvania Department of Aging blames a lack of resources, adding that it’s prioritizing “activities and focusing our existing resources where we can have the most impact.”

Meanwhile, the task force charged with overseeing implementation of the state’s plan has no money at its disposal.

“This is the thing: You can have a plan without a budget, [but] that has no future,” said Dr. Oscar Lopez, director of the University of Pittsburgh’s Alzheimer’s Disease Research Center.

Jennifer Holcomb, the chair of the task force and a director of memory support at a nonprofit retirement community in central Pennsylvania, agreed with others who rate the state’s level of preparedness at a “C” or “D,” noting a public health crisis of epic proportions does not have a funding stream to match.

Advocates described a public health crisis with a looming financial crisis on top, one with disproportionate impacts on the middle class as well as people of color, who are almost twice as likely as white people to be diagnosed with Alzheimer’s or dementia.

Alison Lynn, a social worker at Philadelphia’s Penn Memory Center, said it’s those in the middle class — making too much to qualify for Medicaid and too little to comfortably absorb the costs of long-term care for a loved one or themselves — that will feel the greatest squeeze.

PublicSource and Spotlight PA talked to nearly a dozen at-home caregivers across the state. Almost all said money was an inescapable concern.

“It’s really scary,” said Cathy M., who acts as a caregiver to a husband with Alzheimer’s at their home in the North Hills outside Pittsburgh. (Cathy asked that her last name be withheld for privacy reasons.)

“My daughter thinks that I should be looking more actively right now, and quite frankly, a lot of these places want an entrance fee of over $200,000,” she said. “And some of the places don’t require an entrance fee but it’s a higher rent. and if your spouse has to go into memory care, that money is used up. and what happens to the remaining spouse?”

Cathy said they’ve looked at nursing homes with price tags between $6,000 and $10,000 a month when dementia-specific memory care services are factored in. “If he has to go into memory care, we probably have enough money for one year for him. and then what happens to me?” she asked.

Medicare does not cover most long-term care needs, often to the surprise of beneficiaries, giving rise to a long-term care insurance market with low rates of participation, sky-high premiums, and a dwindling number of providers. State-run Medicaid programs will cover long-term care, but only for those who qualify, and only in enrolled nursing homes.

This story is a collaboration between PublicSource and Spotlight PA, published as part of a Pittsburgh Media Partnership project.