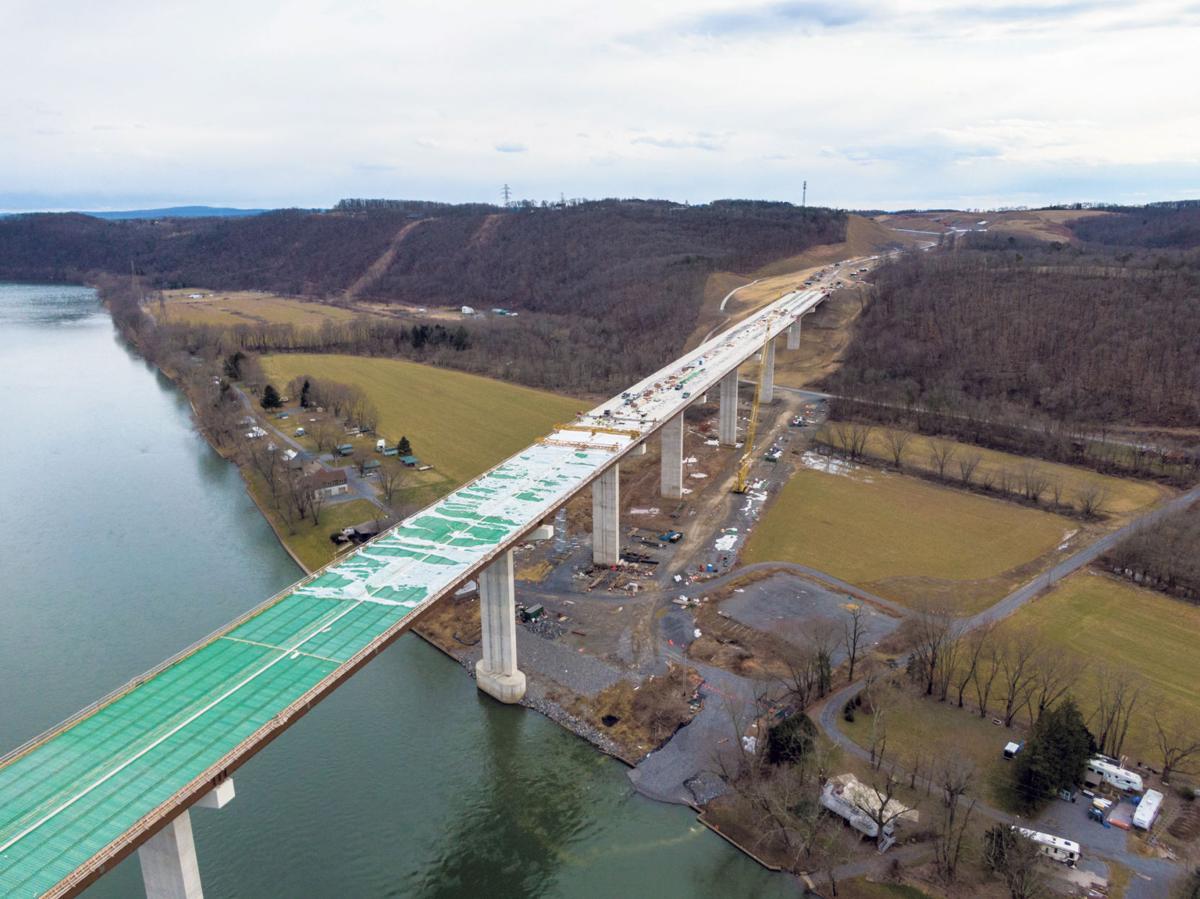 The Pennsylvania Department of Transportation continues planning the Southern Section of the thruway, but a traffic signal dispute is causing complications.

In PennDOT’s current design for the Central Susquehanna Valley Transportation Project, northbound traffic headed for Route 522 will be directed from Routes 11-15 to an existing jug handle around Sheetz, a design some say is hazardous for big rigs.

The state denied a proposal to install a traffic light at the intersections of Routes 11/15 and 522 that would have allowed for more direct access.

If the light was installed, Monroe Township would be financially responsible for maintenance. Snyder County Commissioners offered $2,000 a year toward maintenance, but supervisors declined because of long-term concerns, namely replacement which could cost the township up to $350,000.

“I know no one wants to hold up the project and I understand why Monroe Township doesn’t want to pay $350,000 to maintain the light, but my position is that it is completely insane to run traffic behind Sheetz,” said Snyder County Commissioner Joe Kantz.

Efforts to get PennDOT officials to change the design and install a light have so far been futile, but Kantz said supporters are continuing to push them back to the negotiating table and have reached out to legislators for help.

Kantz said it’s not unprecedented for the state to take over financial responsibility of light maintenance. He points to the lights on a new bridge that Union Township refused to pay for which are now being maintained by the state.

“We are currently working on final engineering designs for the many different components of the southern section of the project,” Beck said. That includes bridges, stream culverts, drainage systems, traffic signals, highway lighting, and erosion control and stormwater management features.

Beck said they have several major activities that must be completed prior to starting construction, which is projected for 2022 with completion by 2027:

Some engineering work requires information from the field.

PennDOT is also currently working on plans for maintaining traffic on existing roadways during construction and for measures to mitigate the project’s impacts. For example, Beck said, “we are currently performing studies to finalize proposed noise barrier locations.”

“Most of the project’s footprint will impact portions of individual parcels,” Beck said.

He said PennDOT is preparing right-of-way acquisition plans to define the exact pieces of property that will be affected by the highway.

“As those plans are finalized, we will work through the acquisition process with those affected property owners as well,” he said

PennDOT is coordinating regularly with utility companies regarding their facilities that will be impacted by the project, Beck said. “In particular, UGI and PPL are currently advancing their designs for relocating portions of their gas pipeline and their electric transmission lines, respectively, to accommodate the new highway.

“We are also working with utility companies on arrangements for relocating the various smaller facilities that must be moved prior to or in conjunction with the highway construction, including water lines, sewer lines, and communication lines,” Beck said.

PennDOT is in the early stages of coordinating with the state Department of Environmental Protection, the U.S. Army Corps of Engineers and other environmental agencies regarding the permits required for the project, including waterway/wetland permits and a National Pollutant Discharge Elimination System permit.

“We periodically meet with those agencies to review specific components of the project,” he said, “such as our proposed measures for handling potential acid-bearing rock, so that we can address any concerns they may have as we advance our final design and prepare applications for those permits. Our meeting with the environmental agencies on the project’s anticipated impacts to wetlands and waterways will be held later this month.”

PROPERTY IN THE RIGHT-OF-WAY? WHAT YOU NEED TO KNOW

HOW IS HIGHWAY LOCATION DETERMINED?

PennDOT undertakes studies on several possible routes to find the route that will result in the least possible inconvenience or impact to public and private landowners and to comply with environmental regulations.

WHAT IS HIGHWAY RIGHT-OF-WAY?

Right-of-Way is the term used to describe “right of passage” over another’s land. If PennDOT acquires a land title, it becomes the owner who has “right of passage” to the public. PennDOT also often acquires lesser easements that allow property owners to maintain ownership, but restricts usage of the area. PennDOT also often acquires a right to use land temporarily to complete its project. After project completion those parcels of land revert back to full control of the owner.

WHAT IS EMINENT DOMAIN?

Eminent Domain is the term used to describe the commonwealth’s constitutional right to acquire privately owned land for public purposes. PennDOT executes this right only when it will benefit the public as a whole.

WHAT ARE MY RIGHTS?

According to the Fifth Amendment to the U.S. Constitution, no person shall be deprived of life, liberty or property without due process of law, nor shall private property be taken for public use without just compensation. Pennsylvania’s eminent domain Legislation is considered the most liberal of its kind in the U.S. Property owner’s rights are given primary consideration.

Property owners will be contacted several times throughout the process, beginning with a letter. Various right-of-way representatives will also personally visit, with appointments made at the property owners’ convenience.

WHO DETERMINES THE AMOUNT OF JUST COMPENSATION?

Just compensation can be determined either through an appraisal process or through a process known as a waiver valuation as not all impacts to land may require an appraisal to estimate damages.

WHAT WILL I BE PAID?

Any liens, mortgages, judgments, taxes or other obligations must be satisfied either prior to or at the time of settlement.

The vast majority of property acquisitions are settled on an amicable basis. PennDOT cannot, by law or by its policy, offer less than the written offer of just compensation.

If the sides cannot reach a deal, PennDOT can file a declaration of taking in court to proceed with the project. At completion of the court proceedings, property owners will be offered the full amount of the determined value for the property as Estimated Just Compensation.

WHEN WILL I BE PAID?

Payments will be processed as quickly as possible and, once agreement is reached, payment can be expected within two to three weeks.

More resources are available at penndot.gov.

Finished at last. Or nearly so.