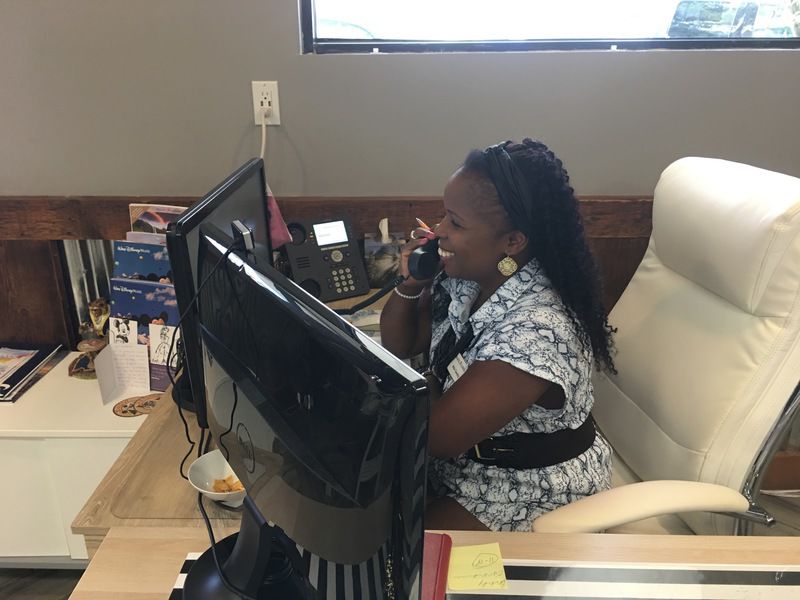 Milla Cassidy, a travel adviser at Travel Leaders, in Lewisburg, helps customers navigate travel arrangements. She said there are a few more recommended precautions for travelers in the wake of the pandemic. 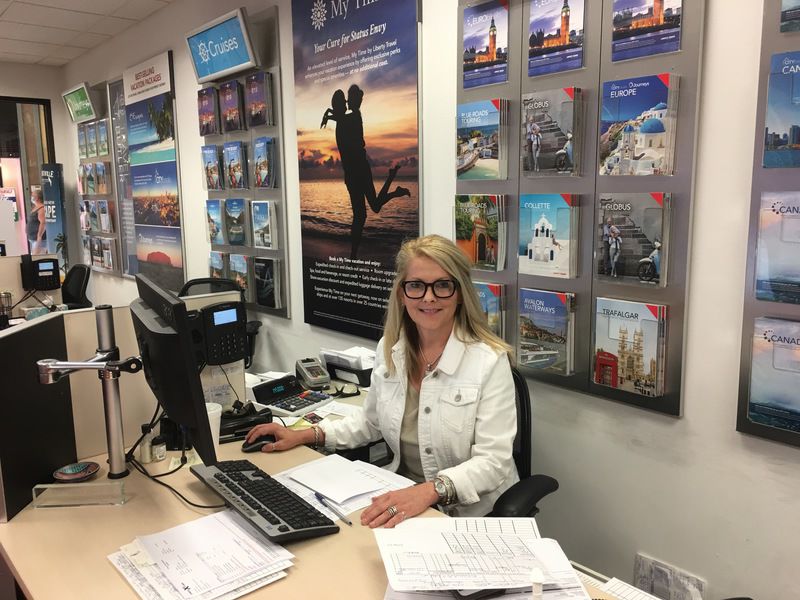 Trudy Lagerman, of Liberty Travel at the Susquehanna Valley Mall, said travelers are coming back after a challenging April and May during the COVID-19 shutdown.

Milla Cassidy, a travel adviser at Travel Leaders, in Lewisburg, helps customers navigate travel arrangements. She said there are a few more recommended precautions for travelers in the wake of the pandemic.

Trudy Lagerman, of Liberty Travel at the Susquehanna Valley Mall, said travelers are coming back after a challenging April and May during the COVID-19 shutdown.

Albert and Ginger Lagerman had to cancel four planned trips earlier this year due to the COVID-19 pandemic.

On Thursday, they were back talking with their travel agent about rescheduling. The Herndon couple had planned to go to DisneyWorld, Costa Rica, Alaska, as well as on a cruise. They weren’t sure where they were going this time until they talked to their agent.

They said they were not concerned about traveling, even as the virus has not disappeared.

He was referring to Trudy Lagerman, team leader at Liberty Travel in the Susquehanna Valley Mall, who said she is related to Albert.

She said more people are starting to book trips for this year and next.

Lagerman said business starting picking up as of June 1.

“April and May were definitely challenging,” she said.

Economies were shut down. Trips were canceled. It’s a bit better now.

“We are actively getting bookings,” Lagerman said. “There’s a lot for 2021. Destination weddings have been very popular. A lot (of trips) are for the Caribbean and Mexico this fall. Alaska is our biggest seller for 2021.”

“We have a little bit more courageous people traveling this year,” said a smiling Milla Cassidy, a travel adviser at Travel Leaders, in Lewisburg. “More next year.”

She said the agency recommends travelers take certain precautions, such as buying traveler’s insurance and using a travel agent, who specializes in arranging trips.

Some cities’ and states’ promotional websites acknowledge the new risks of travel due to the pandemic, according to The Associated Press.

An Illinois site encourages people to explore the state’s natural wonders from their sofas, and Virginia’s main tourism site features a mountain range with the message, “We’ll be waiting for you.”

EnjoyIllinois.com website opens with an image of the rugged cliffs of a national forest.

“These views took 300 million years to make,” the site says. “They’re not going anywhere anytime soon, so explore Illinois from your couch.”

The city of Philadelphia had a $2.5 million marketing campaign centered on live entertainment set to launch April 15.

Instead, it’s developing new strategies based on research into how far people are willing to drive and what will motivate them to travel, such as weddings and other celebrations, said Jeff Guaracino, president and CEO of Visit Philadelphia.

“We also are reverting back to reassuring people that the Philly you know and love is still here. You’ll see much more imagery of the Liberty Bell, Independence Hall, Rocky, cheesesteaks,” Guaracino said. “Most destinations try to evolve beyond the iconic things they’re known for so they can expand their appeal. We see in the research right now that people need to be reassured about what’s open and what’s closed.”

The U.S. Travel Association estimates that domestic travel spending will drop by 40 percent, from $927 billion in 2019 to $583 billion in 2020, because of the pandemic.

While not all of the local Liberty Travel’s business has returned, there is more interest in traveling, mostly to the Caribbean and Alaska, Lagerman said.

She said cruises are not popular right now.

“We are (booking cruises) for next year, though,” Cassidy said.