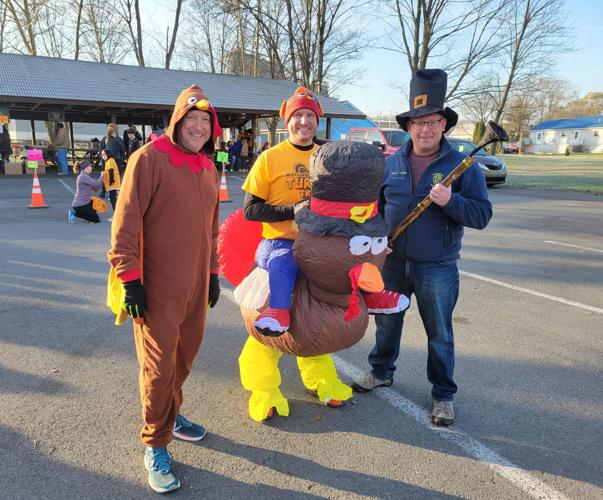 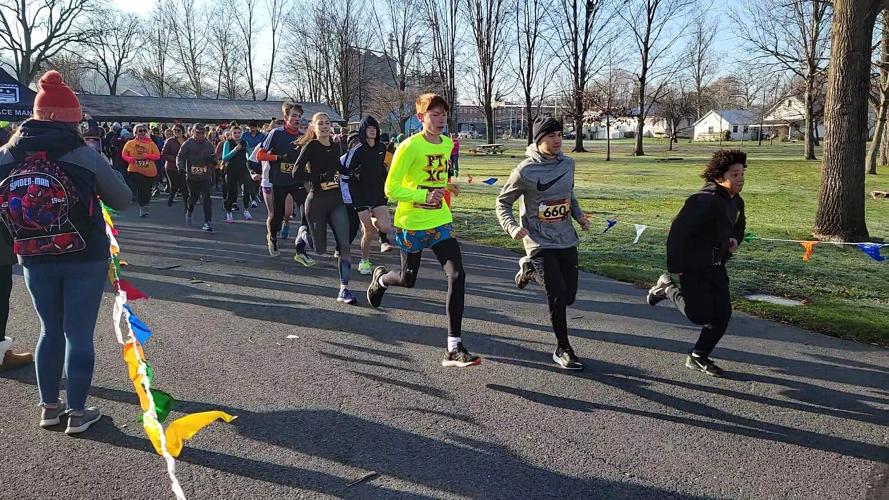 Runners and walkers participate in the 12th Turkey Trot in Mifflinburg on Thanksgiving Day. 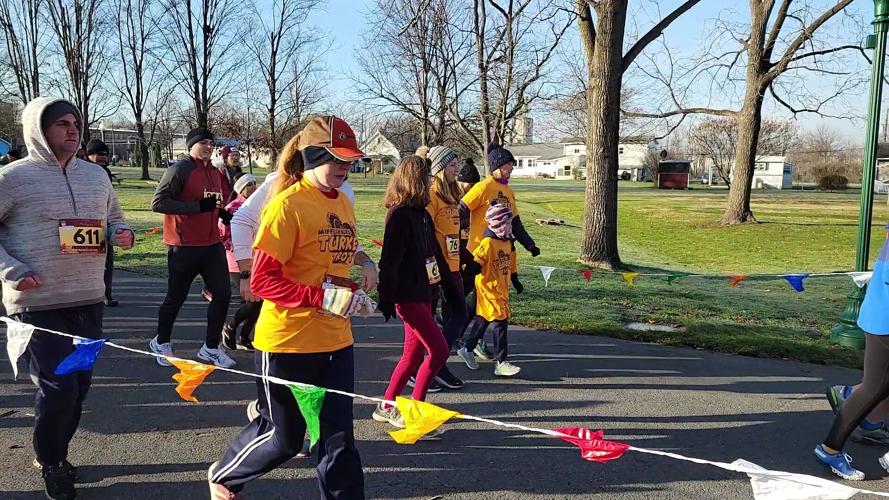 Runners and walkers participate in the 12th Turkey Trot in Mifflinburg on Thanksgiving Day.

Ashley Smith, of Sunbury, and Natalie Roseman, of Northumberland, came out for the second year in a row, this time with their children.

“And then we can pig out the rest of the day,” said Roseman.

“It’s nice to spend the holiday doing something as a family and helping others out,” he said.

DePhillips said it was the first year for him and his family: wife Shelley and their children Ryan, 12, and Alanna, 9. They heard from former participants that it was a fun time.

Dr. Doug Spotts, a Mifflinburg native, was this year’s turkey. Spotts is the vice president and chief health officer for Emeritus Health in Hagerstown, Maryland.

“I have big shoes to fill,” he said. “I love to promote fun, healthy challenges for families.”

Spotts encouraged families to “take that step” and be more active every day.

The Turkey Trot began 25 years ago when Mifflinburg Mayor David Cooney and a friend started a Thanksgiving Day tradition of a morning run. It turned into a fundraiser with the help of lacrosse coach Susan Chlebowski and others.

“I love it,” said Cooney. “It’s become a family tradition for many. There was a family last year who dressed up as a Thanksgiving feast.”

Erinn Gramly, co-director of the event and a member of the library fundraising committee, said 235 people were pre-registered for the event. She expected nearly 300 to participate when the final count was taken.

“It’s designed to be a fun run, something for friends and families to do,” said Gramly. “People come from out of state to be here.”

The cost was $30 to participate. T-shirts were provided for individuals that registered before Oct. 29.