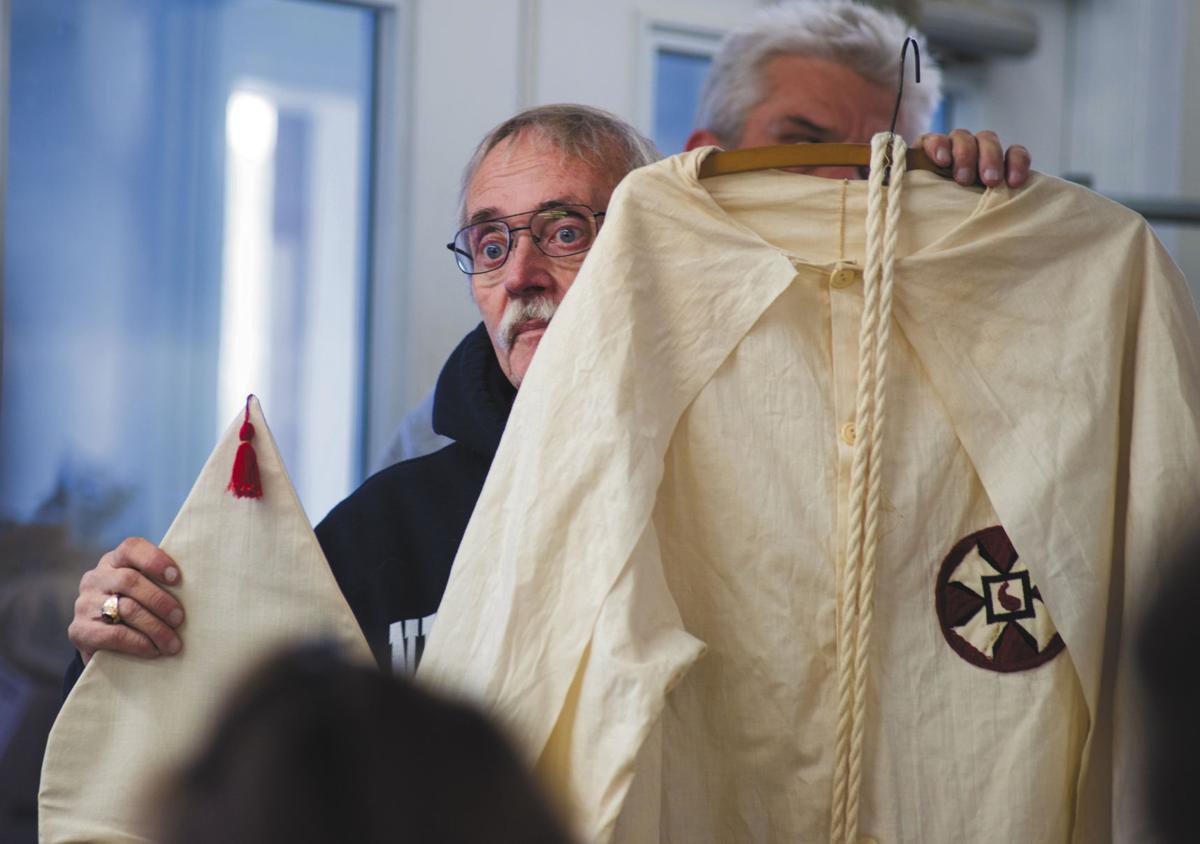 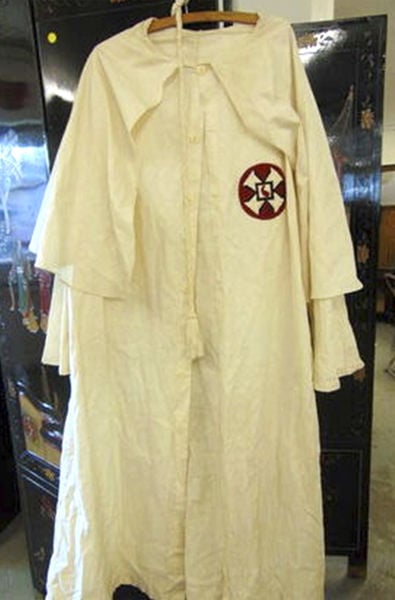 An auctioneer’s decision to sell this Ku Klux Klan robe has prompted ire from Valley residents. 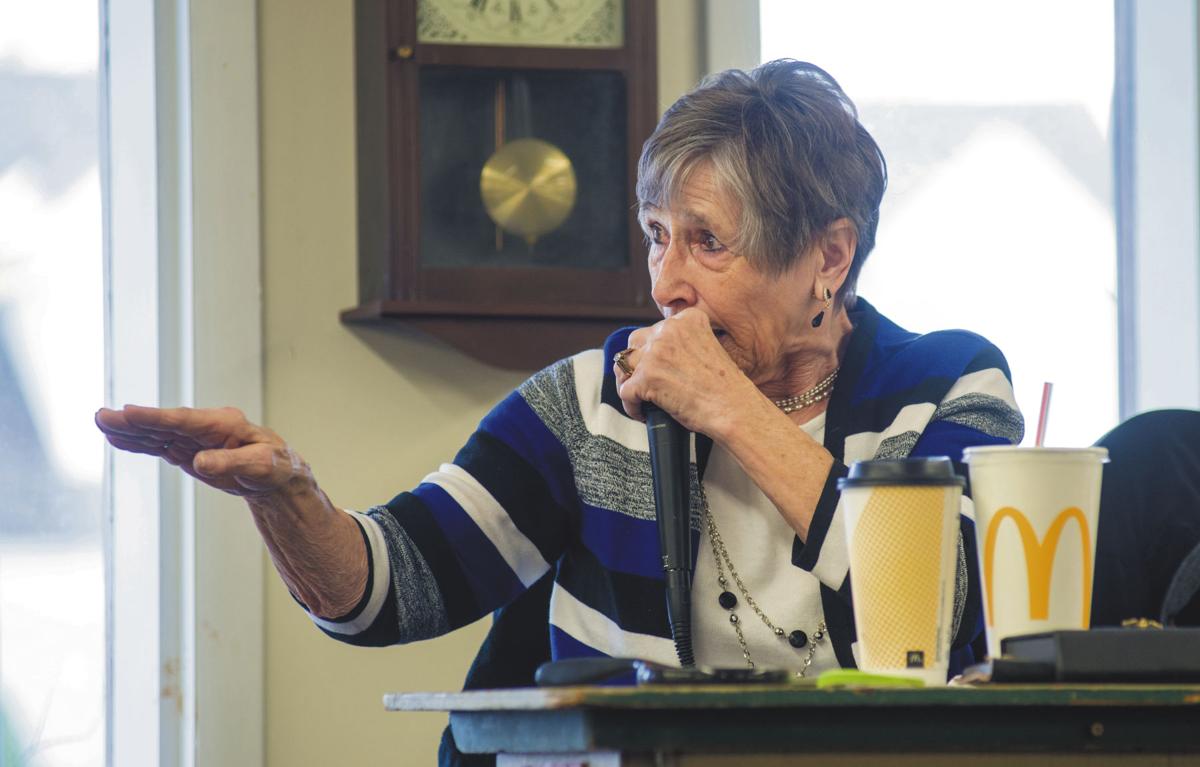 Dawn Miller, of Dawn Miller Auctioneer, auctions off the Ku Klux Klan robe and hood during Saturday's auction at her businesss in Beaver Springs.

An auctioneer’s decision to sell this Ku Klux Klan robe has prompted ire from Valley residents.

Dawn Miller, of Dawn Miller Auctioneer, auctions off the Ku Klux Klan robe and hood during Saturday's auction at her businesss in Beaver Springs.

BEAVER SPRINGS — An hour after the private estate auction began Saturday afternoon, employees of Dawn Miller Auctioneer brought out the items many in the crowd of more than 100 had been waiting for and in two minutes the "authentic" Ku Klux Klan robe and hood sold for $3,000.

"I was totally surprised," said Frank Miller who would only identify the buyer as a private collector from Pennsylvania. The seller was also not identified.

He and wife, Dawn Miller, initially expected the robe and hood from the mid-1920s to sell for about $250 but after word got out about the sale they received several complaints and media attention.

That drove up interest and the anticipated price, he said, to about $750.

Dawn Miller, who has been in the auction business for 40 years and had never before sold KKK-related memorabilia, thought the price could go higher. "The sky's the limit. (KKK items) are rare," she said before the sale began.

After an hour of selling numerous household knick-knacks for mostly under $25, Frank Miller brought out the white robe and conical hat. Dawn Miller began the bidding by telling the crowd "We don't mean to offend anyone," a nod to the controversial sale of garments that were once worn by white supremacists to disguise themselves as they terrorized African-Americans and Jews.

One man drove from another part of the state to the auction house earlier in the morning to inspect the garments and submit a written bid before leaving prior to the sale and five others participated in the sale by telephone, she said.

Two men in the audience made unsuccessful attempts to purchase the items. Both said they are collectors, but would not give their names.

One of the men, who appeared to be in his 40s and said he lives in Milton, attended to specifically purchase the robe and hood and left with a few ceramic jugs.

"It's rare to see around here," he said after unsuccessfully bidding $2,900 on the KKK garments.

He said he's collected similar items for years and would have probably given it to a museum that features artifacts of white supremacy.

He would not divulge the name or location of the museum.

For many, though, the robe and hood represent "hate and bigotry," said Theresa Corrall, of Penns Creek.

She and her husband, Lynn, came out to the auction to look for items related to their hobbies, including ham radio operations and glassware

"My husband said, 'If there are any protesters we'll just drive on by," said Corrall.

There were no protests and although the Millers contacted state police to inform them about the sale and request security there was no evident need for law enforcement.

Valley resident Clay Kreiger left the auction house soon after the KKK items were sold to the unidentified buyer.

"It has to be someone with more money than brains," Krieger said. "Who would want it and for what reason? It's like having a brick from Auschwitz. I wouldn't want it."