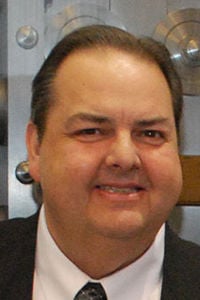 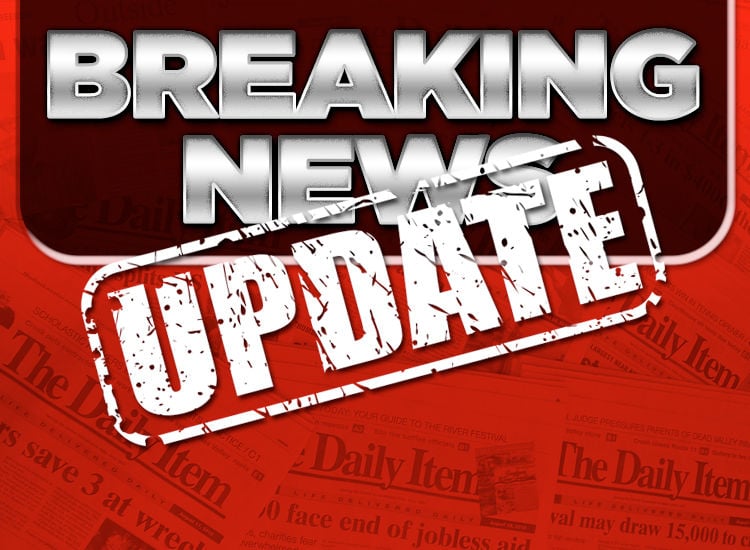 Northumberland National Bank lost $1.2 million and had to repay 561 customers because a former bank executive mismanaged funds over 12 years.

Former Director and Senior Trust Officer Scott A. Heintzelman now must pay $100,000 in civil penalties to the U.S. Department of the Treasury Office, according to a July 31 filing by the Office of the Comptroller of the Currency. 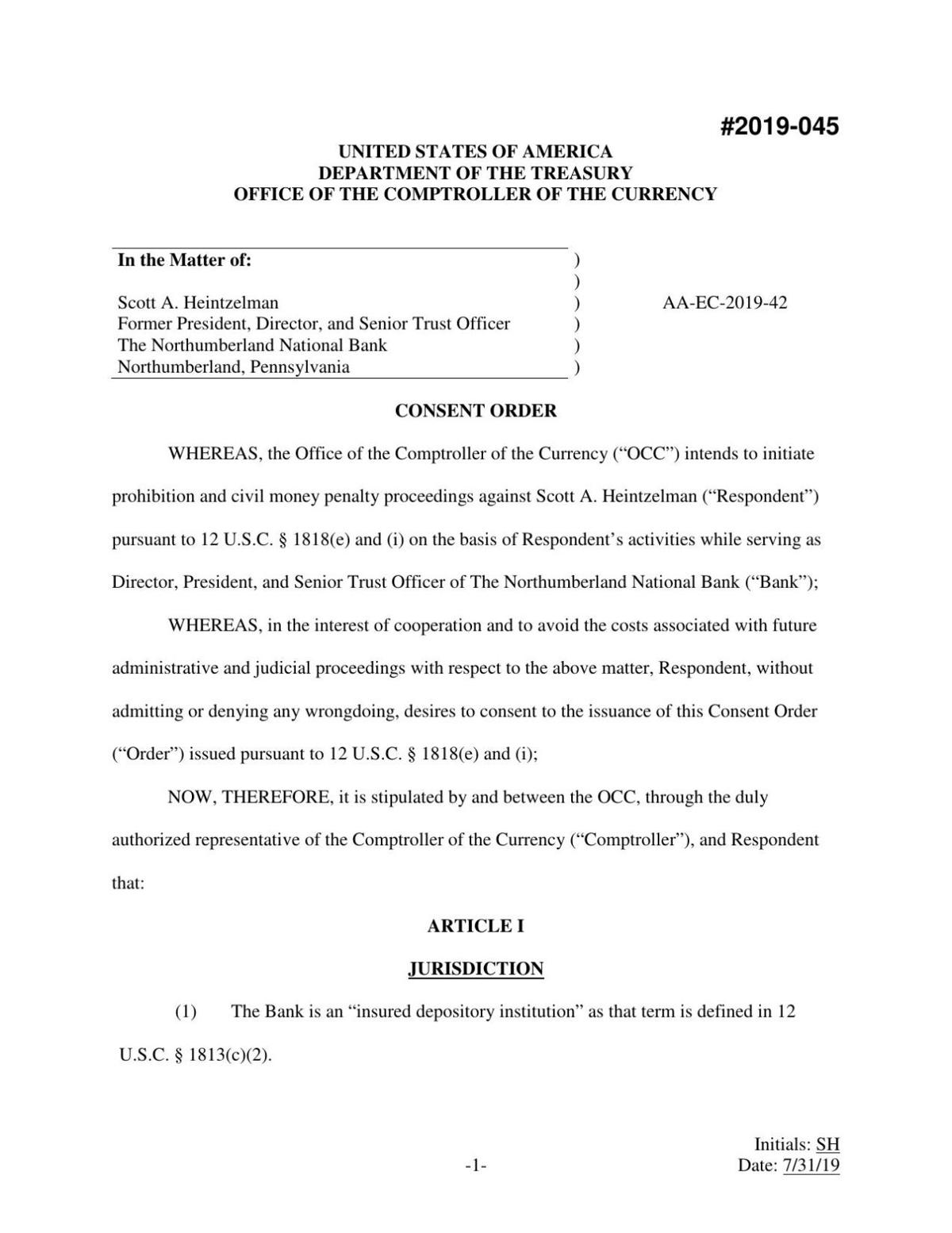 Heintzelman did not admit or deny any wrongdoing but signed an agreement with the Treasury Department to avoid the costs associated with future administrative and judicial proceedings, according to the filing by Michael Brickman, deputy comptroller for the special supervision division of the U.S. Treasury office.

Current Northumberland National Bank Chairman, President and CEO Don Steele on Friday said he was aware of the situation but could not comment on the investigation.

Steele confirmed the bank lost $1.2 million. Every customer was refunded two years ago and the bank is currently seeking action against former accountants of the bank at the time, Steele said. Steele said no customers are in danger.

According to Brickman, Heintzelman engaged in misconduct by executing thousands of trades of fixed income securities from April 2002 through May 2014.

Brickman said customer trust accounts at securities face or par value were traded without consideration to the actual market value of the securities being traded on behalf of the trust customers.

As a result of this misconduct, trust customers paid or received an unfair price on par value cross-trades, Brickman wrote.

Brickman said from May 2005 through November 2014 Heintzelman caused the bank to provide guarantees of principal and earnings to approximately 19 trust accounts and periodically created or instructed others to create false trust account statements for those customer accounts.

Heintzelman obtained $10,000 in cash from a chronically ill trust customer and held the cash in his desk at the bank from April 2014 through November 2014 in an attempt to defraud the customer or otherwise facilitate fraud, Brickman wrote.

From 2009 through November 2014 Heintzelman misappropriated tax return preparation fees amounting to at least $10,600 by directly charging and collecting such fees from bank trust customers for his personal benefit, the Treasury office wrote.

The bank claims the accounting firm did not notify the bank of issues during audits through the years. The case is pending in county court and Northumberland National Bank has asked for a jury trial. Heintzelman is listed in the court documents by the bank.