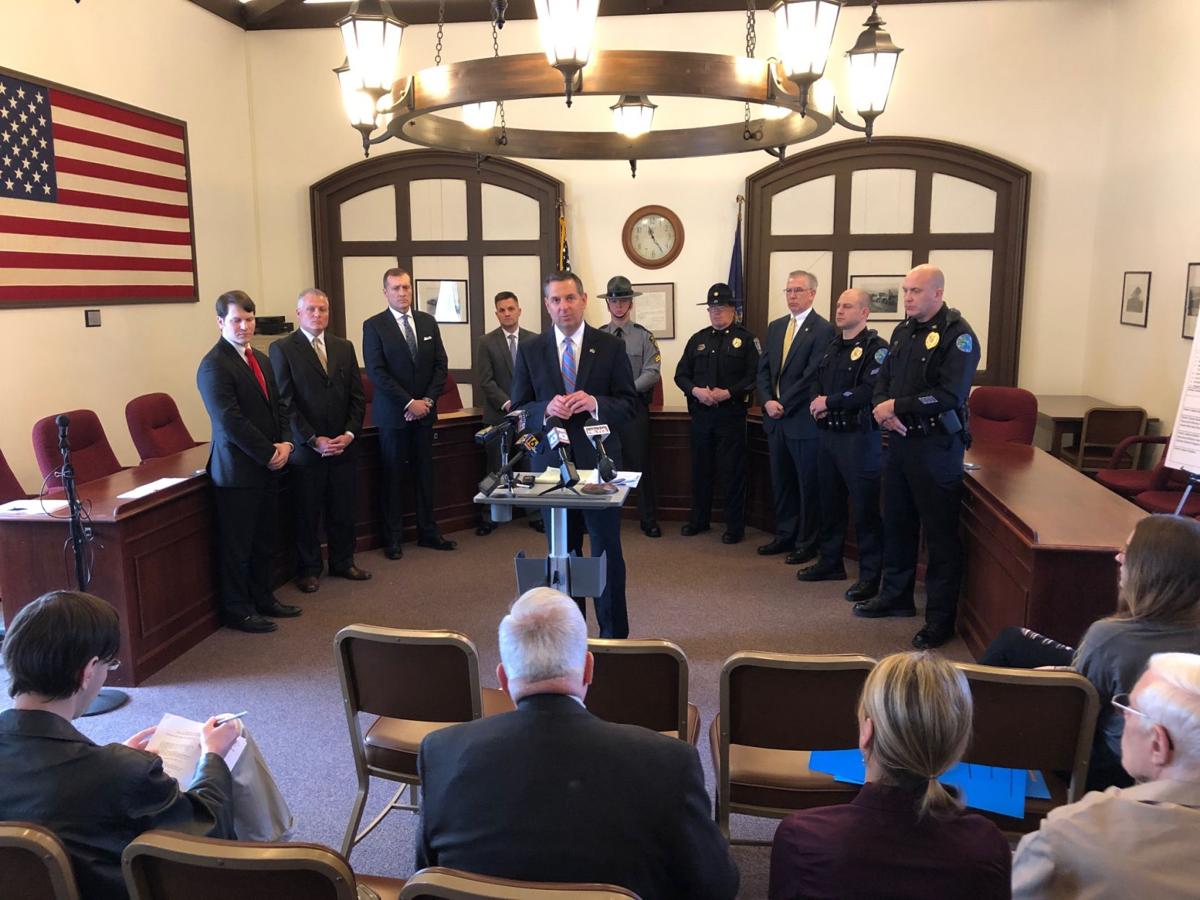 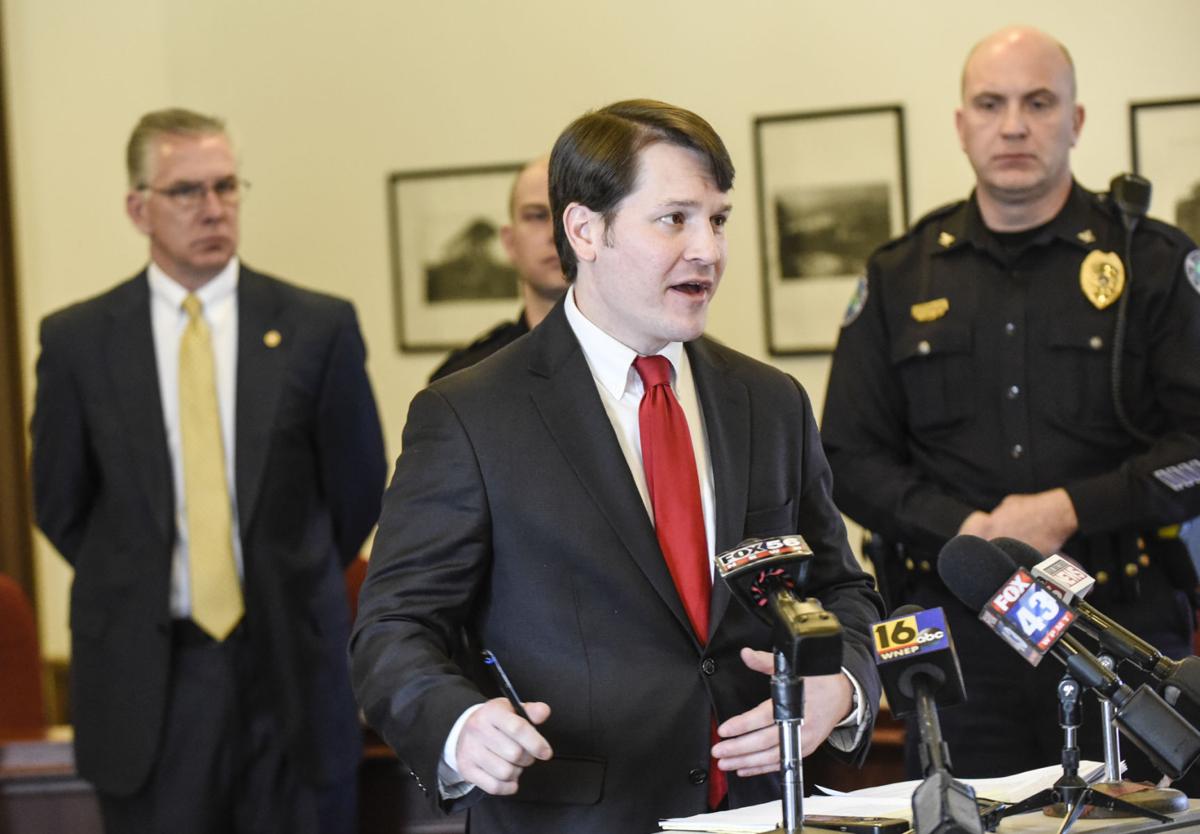 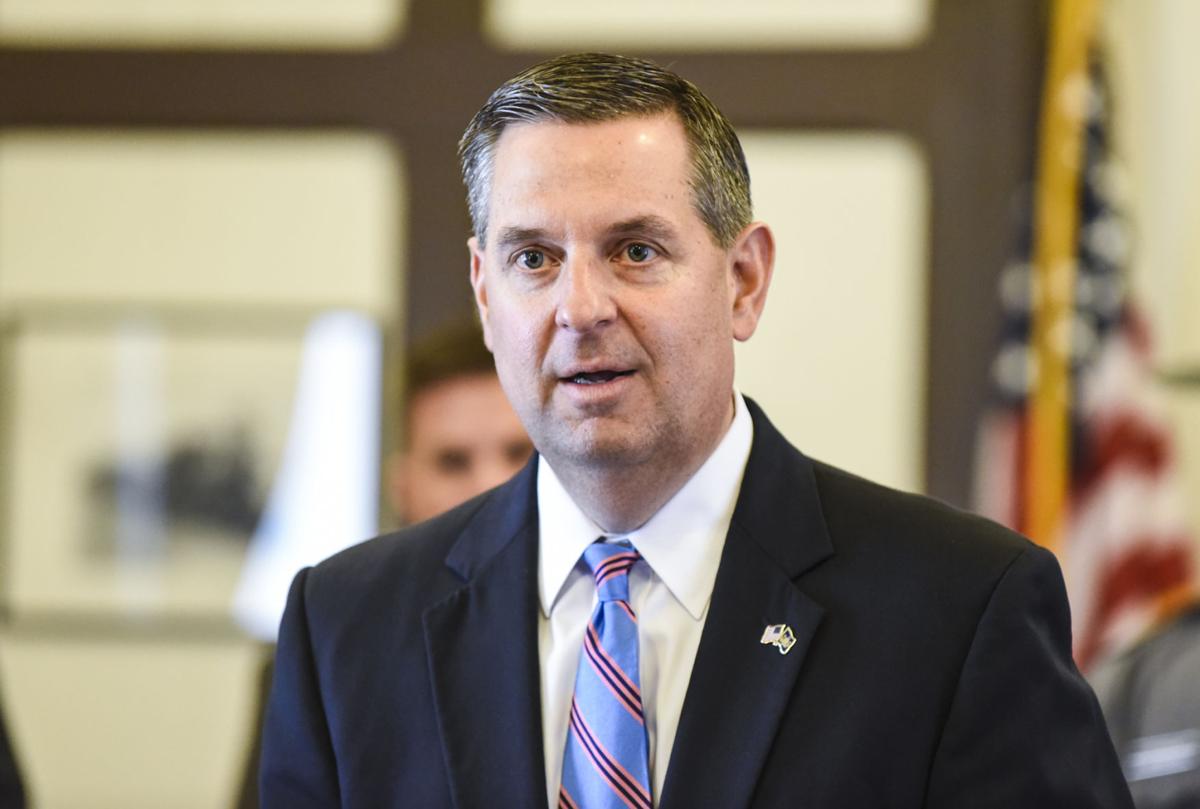 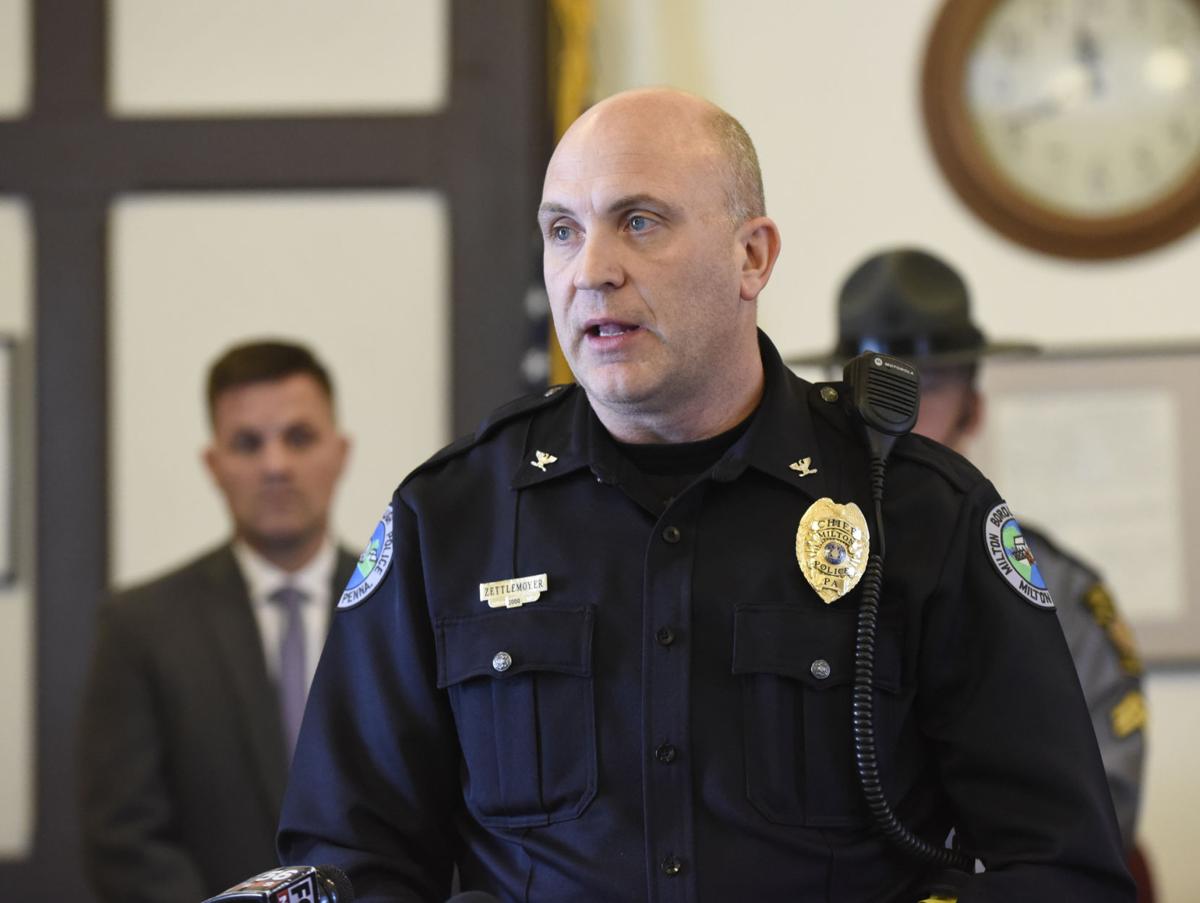 Robert Inglis/The Daily Item Milton Police Chief Curt Zettemoyer gives some details about a drug bust that happened on Thursday in Milton during a press conference on Friday.

MILTON — A multi-agency investigation into drug trafficking based in Milton led to federal indictments against 22 suspects accused of conspiring to sell more than $1 million of cocaine, heroin and fentanyl in Northumberland, Union and Dauphin counties.

Two separate grand jury indictments filed in Harrisburg federal court allege drug trafficking and firearms offenses against the suspects. At least 17 are in custody. Five of the suspects' names were redacted from court documents.

A spike in overdose deaths and drug trafficking in Milton inspired the investigation dubbed Operation Save Milton, said David Freed, U.S. Attorney for the Middle District of Pennsylvania. Confidential informants were used in controlled drug buys to develop information on the alleged network, he said, adding that apartments along Broadway Street in Milton's downtown were the base of the alleged operations.

“What sets an operation like this apart is the amounts of drugs we’re talking about," Freed said.

The distribution network operated between October 2016 and Wednesday, according to the indictments. Eight of the suspects lived in Milton, four in Lewisburg, one in Sunbury, one in Northumberland.

"People need to understand the amount of drugs that were taken off the streets is enormous," Northumberland County District Attorney Tony Matulewicz said. "Thousands and thousands of doses of drugs are now gone. It's impossible to stress how big this case was. It takes a lot to not give in and make a quick couple of arrests."

Milton Police Chief Curt Zettlemoyer said more than 160 law enforcement officials met at 4 a.m. Thursday. By 5 a.m., teams of law enforcement were stationed at varied locations including Milton Village, Kelly Court Apartments and Meadow View Apartments in the Lewisburg area. The collaboration was unlike any Zettlemoyer experienced in his career, he said.

"By 5:07 a.m., we had people in custody," Zettlemoyer said following a press conference Friday at Milton Borough Hall, the same place the suspects were held the day before. "There were a lot of people in the room who worked hard today. I want to give extra credit to the people who worked on this on a daily basis, took time away from their families and continued to stay on the streets. These are dedicated people." 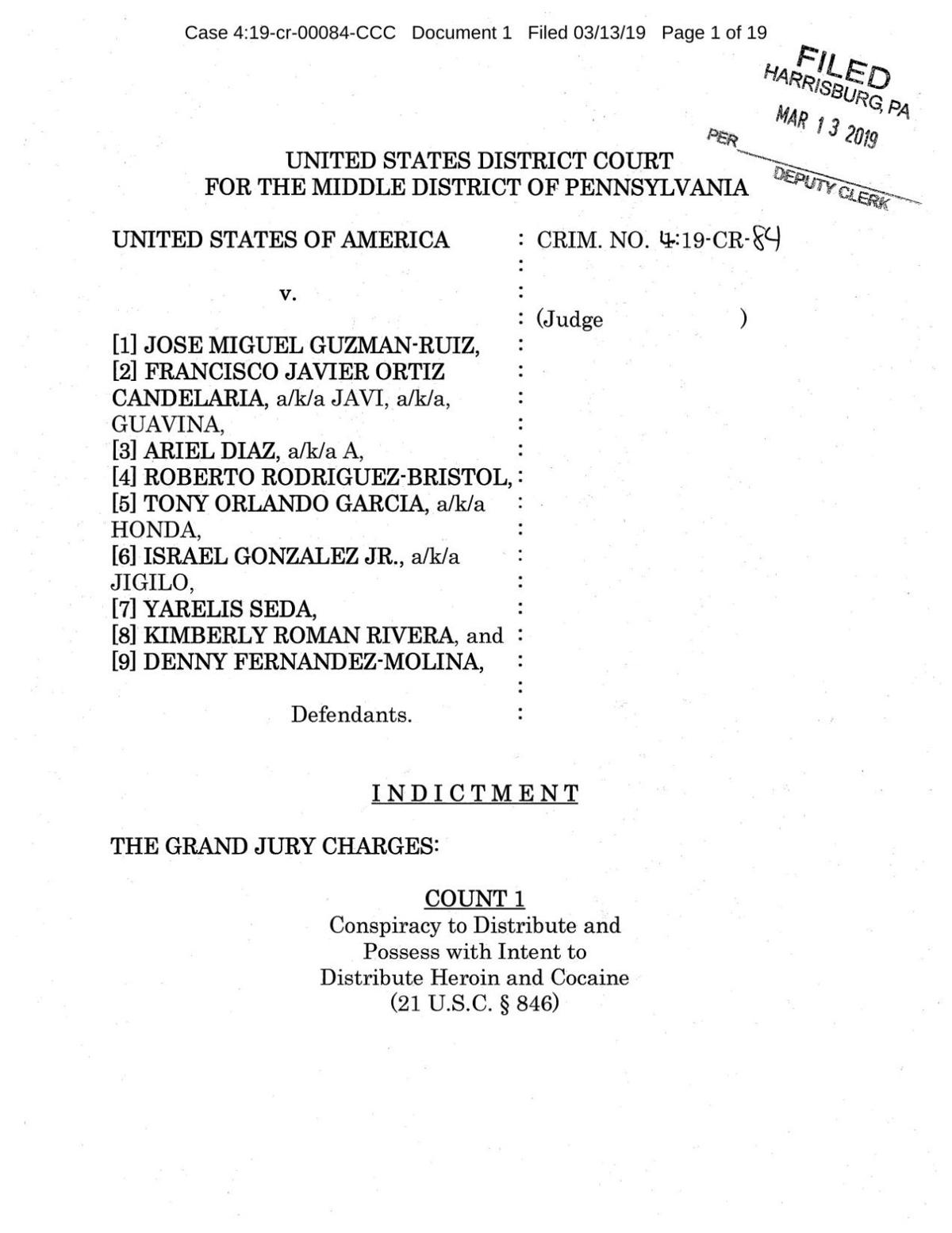 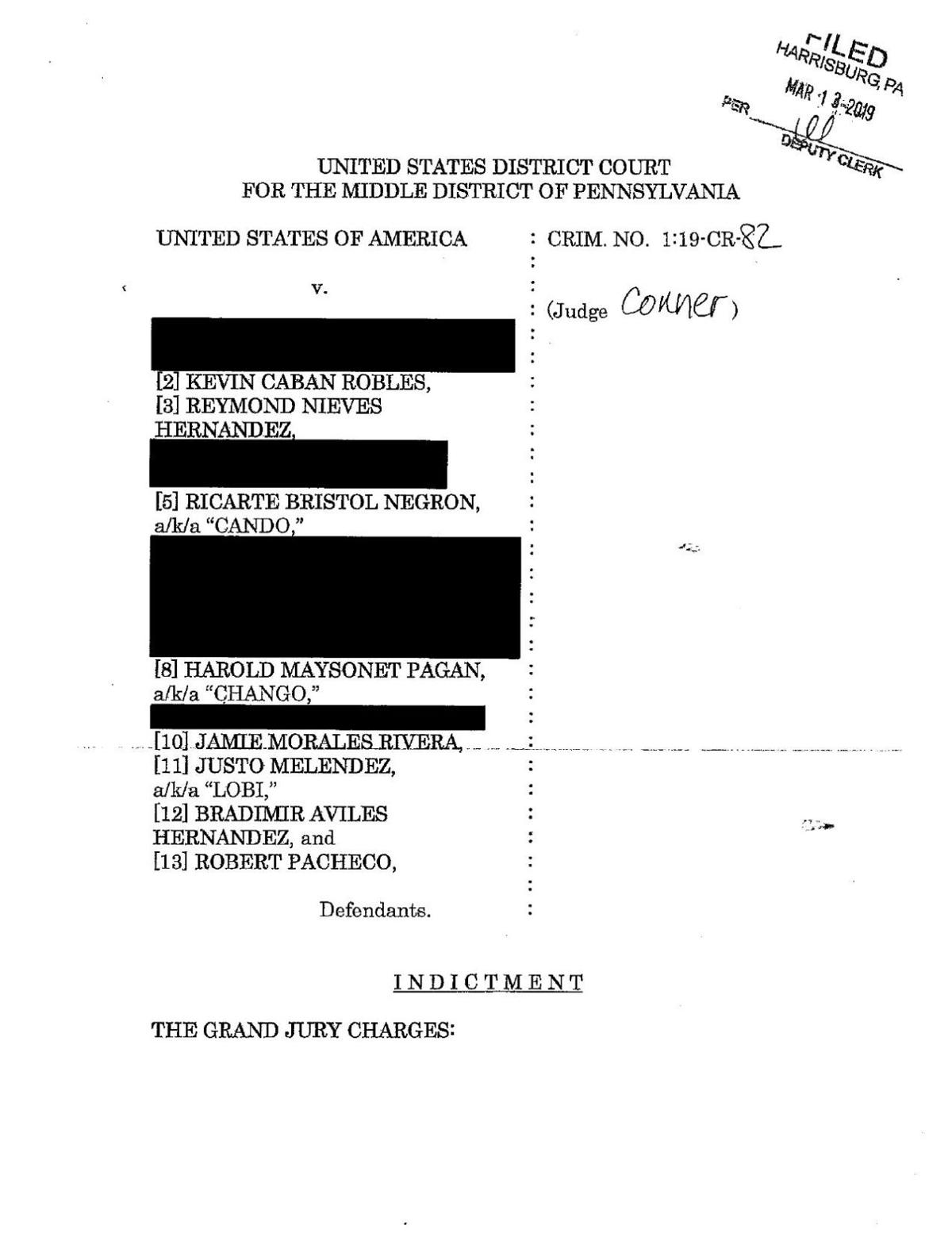 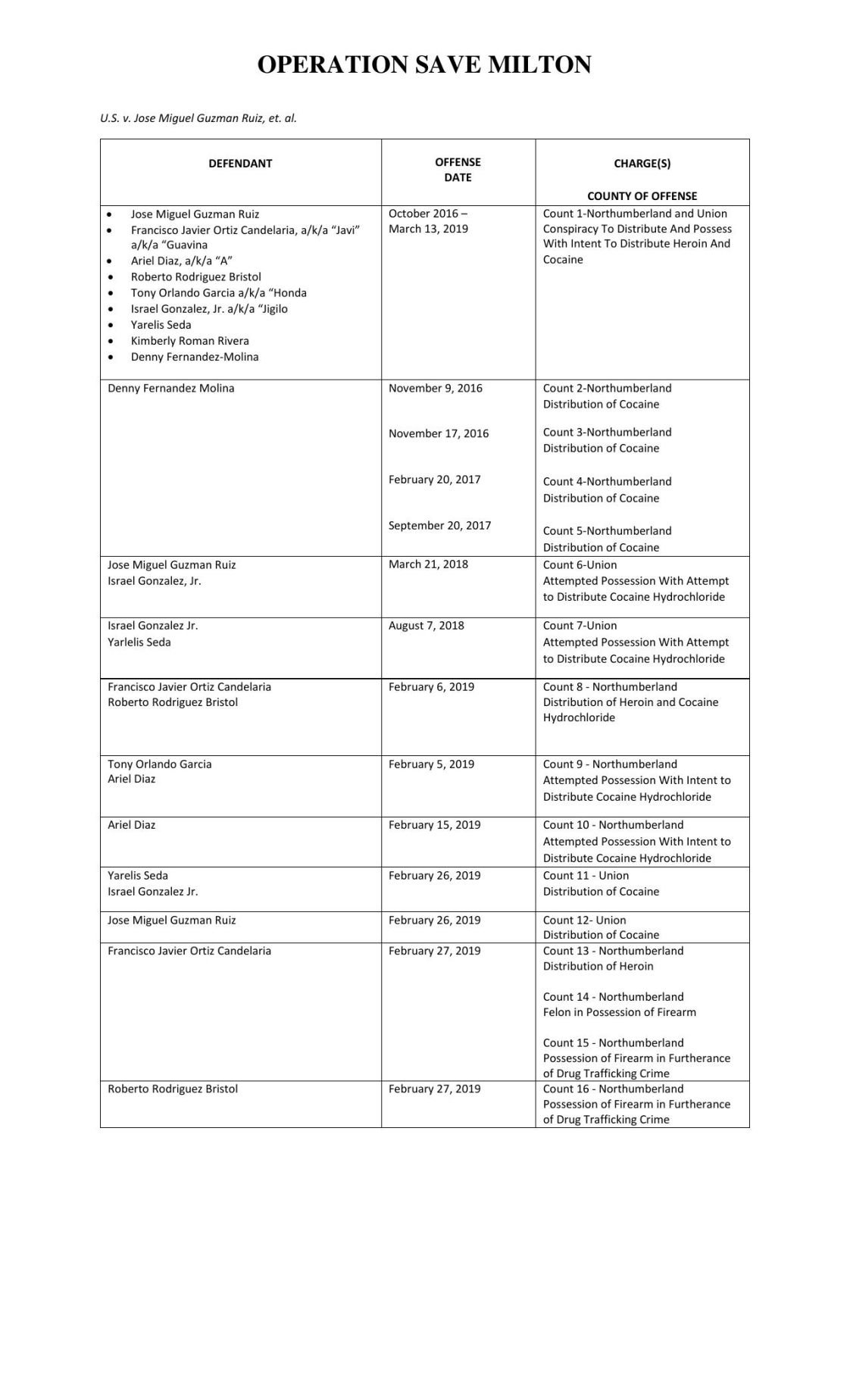 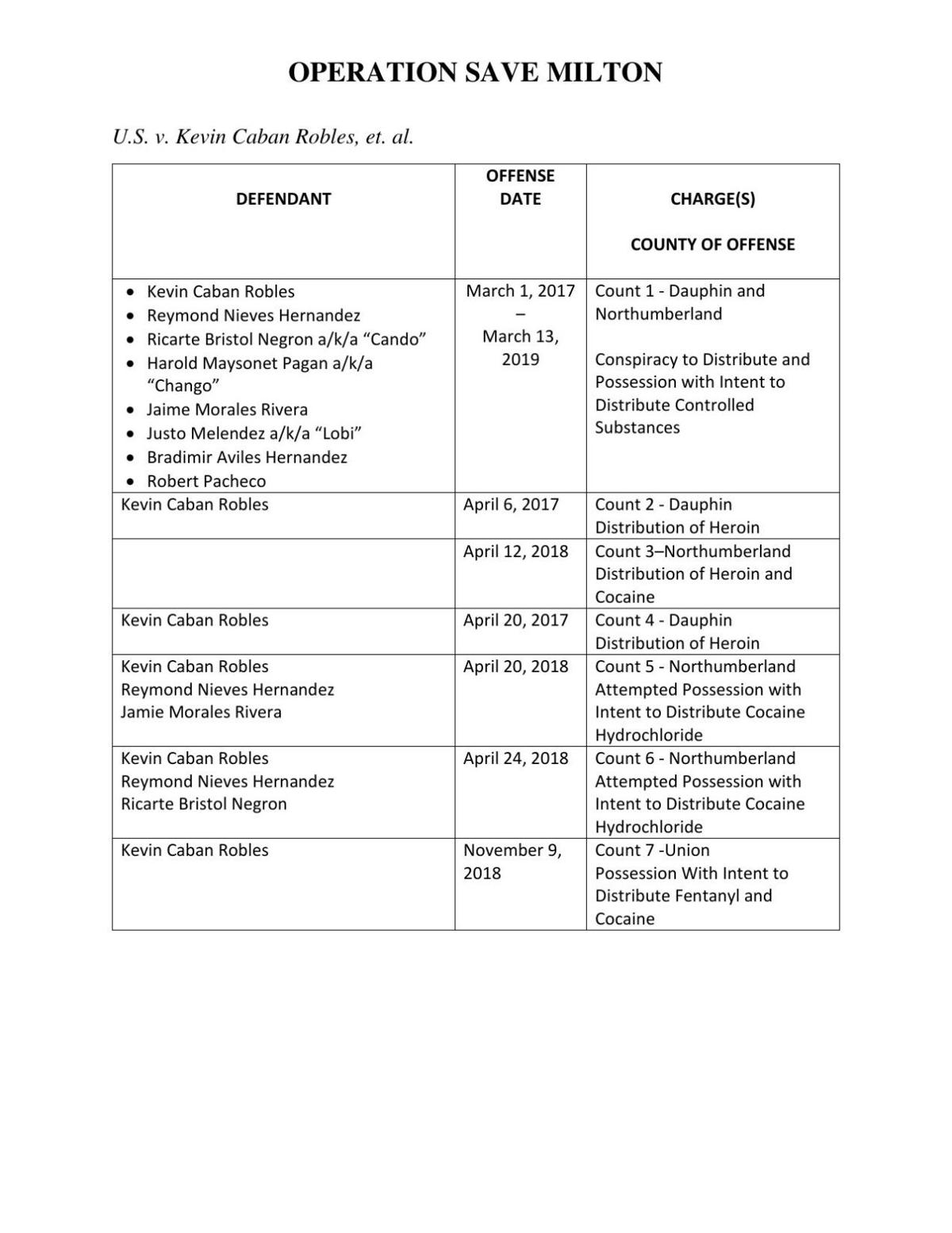 The quantity of 500 grams of cocaine plus unspecified amounts of heroin is referenced in allegations against Morales Rivera, Guzman Ruiz, Ortiz Candelaria, Diaz, Orlando Garcia, Gonzalez and Seda.

Two suspects whose names were redacted were apprehended at Newark International Airport. According to the indictments, they held $149,990 in cash and intended to fly to California to purchase 10 kilograms of cocaine.

"This was an effort by everyone and just the beginning," Freed said. "There is much more to come."

Matulewicz declined to comment when asked if the investigation could lead to local charges against any suspects accused of selling drugs involved in fatal overdoses in Milton.

Editor's note: This story has been corrected from a previous version.