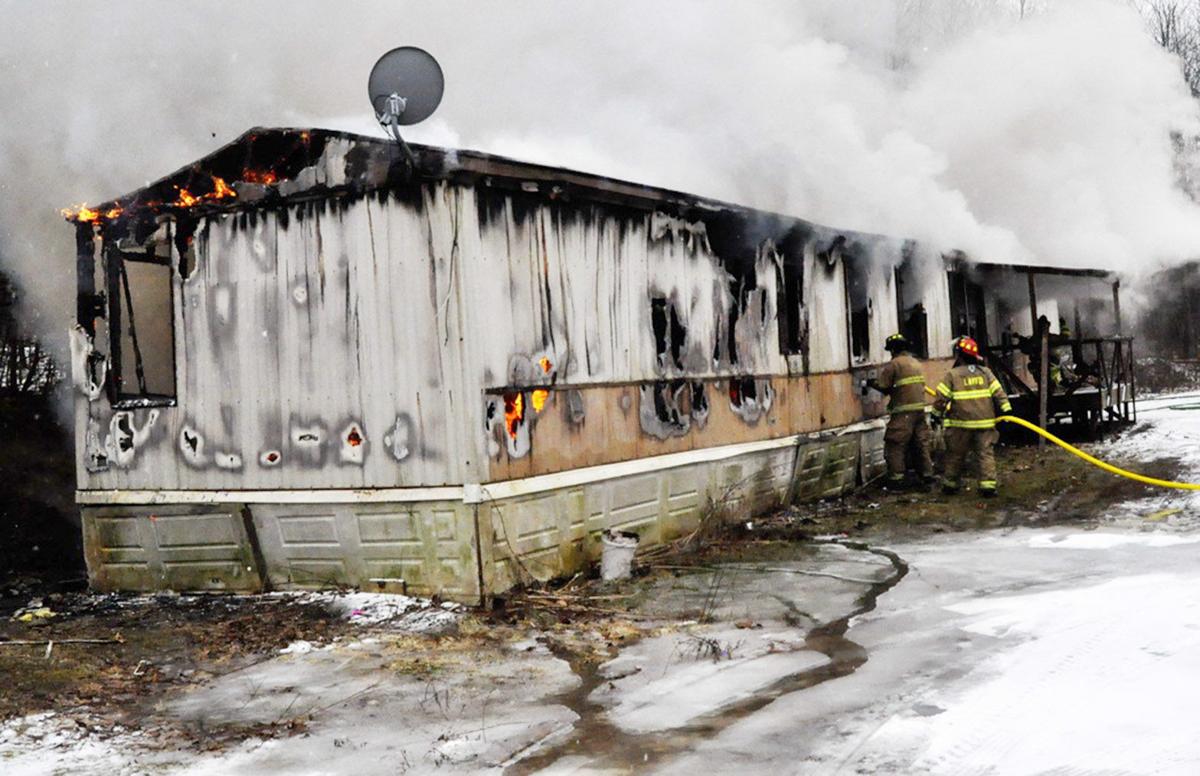 Firefighters work at a fire at Stiely Mobile Home Park along Sunshine Road in Zerbe Township on Tuesday. 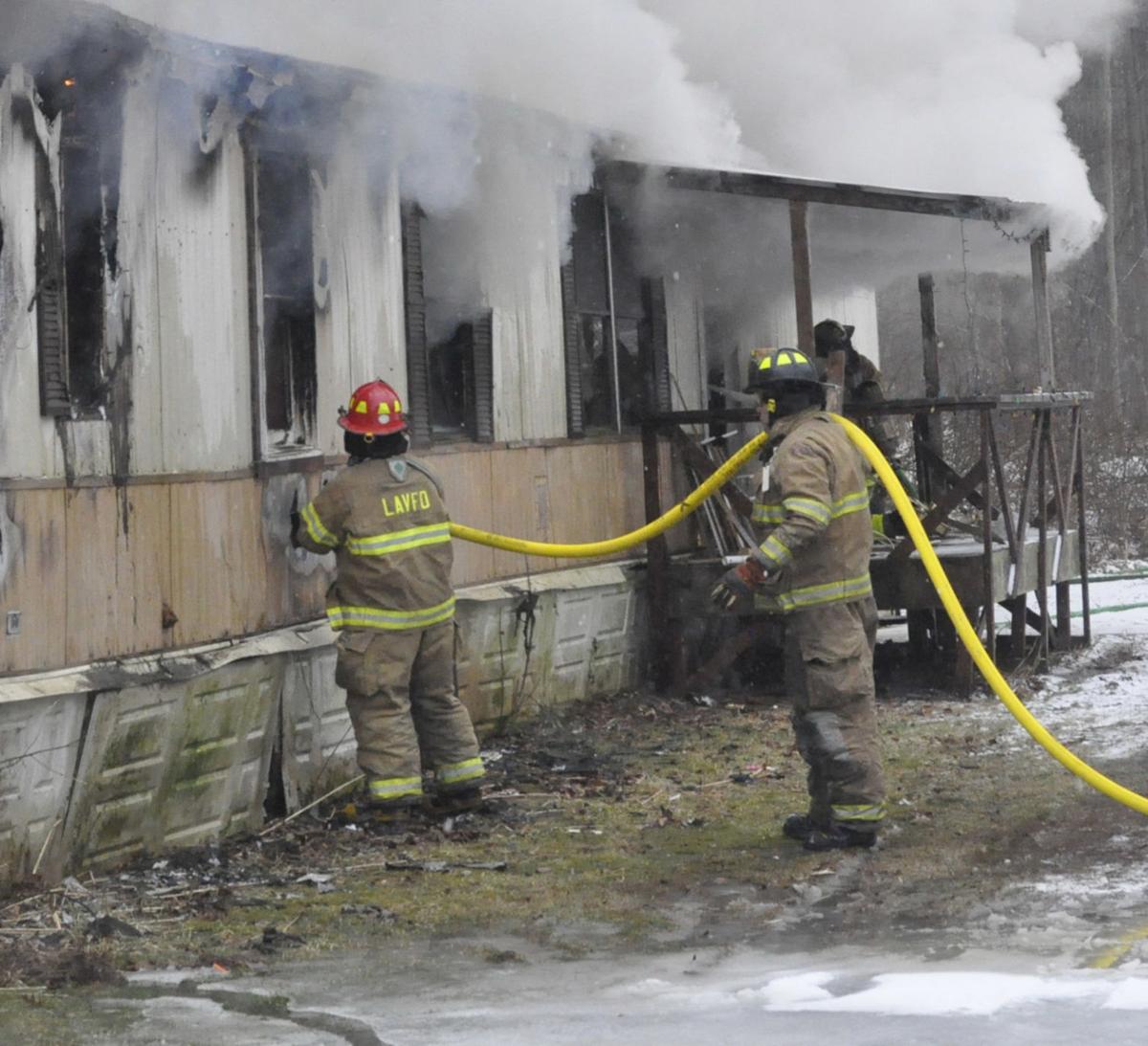 Firefighters pump water into a home at Stiely Mobile Home Park along Sunshine Road in Zerbe Township on Tuesday.

Firefighters work at a fire at Stiely Mobile Home Park along Sunshine Road in Zerbe Township on Tuesday.

Firefighters pump water into a home at Stiely Mobile Home Park along Sunshine Road in Zerbe Township on Tuesday.

TREVORTON — A faulty furnace is to blame for a fire that destroyed a vacant mobile home in Zerbe Township on Tuesday, according to Trevorton Fire Department safety officer Christina Ramer.

No one was injured during the three-alarm fire, which started at 11:15 a.m. along Sunshine Road at Stiely Mobile Home Park. Owner George "Shorty" Stiely was remodeling a bathroom floor when a piece of insulation was placed next to the furnace and may have been ignited from leaking heating oil, said Ramer.

Since the pipes were frozen, those in the house were unable to put the fire out, and it spread quickly, said Ramer.

The third alarm was called due to the icy conditions on the mountainous roads leading to the scene, and multiple tanker trucks were needed because there are no fire hydrants in the trailer park. Township plow and salt trucks were immediately brought in to clear the way for the first responders, Ramer said.

Stiely said it was a total loss and the trailer wasn't insured.

"Nobody was living in it," he said. "It's a loss but nobody was injured, so I guess you can look at it that way."

Eleven families live in the 16 remaining rentals in the park, he said.

This is the third fire in that trailer park in three years, one of which resulted in the death of a woman in January 2017, Ramer said.

In addition to Trevorton, emergency responders from East Cameron Township, Lower Augusta Township, Forrest Hills, Herndon and Shamokin were also at the scene.