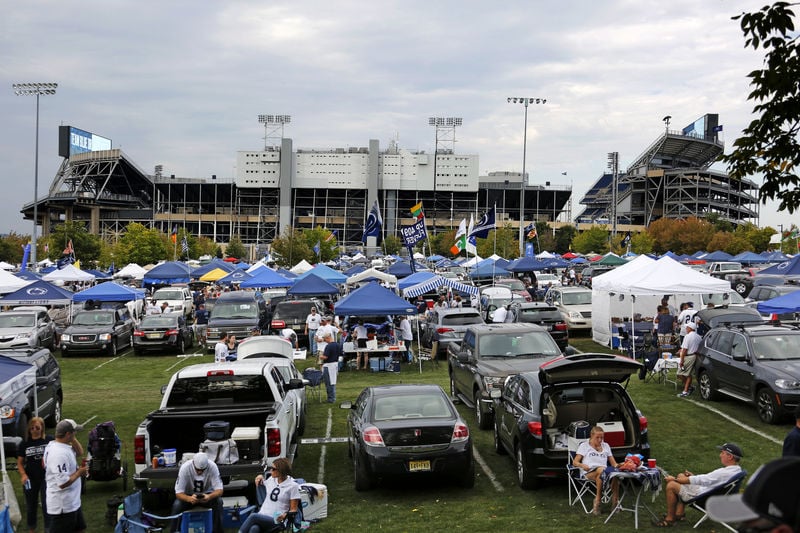 Fans will once again gather for tailgate parties in the parking lot surrounding Beaver Stadium before football games this fall. 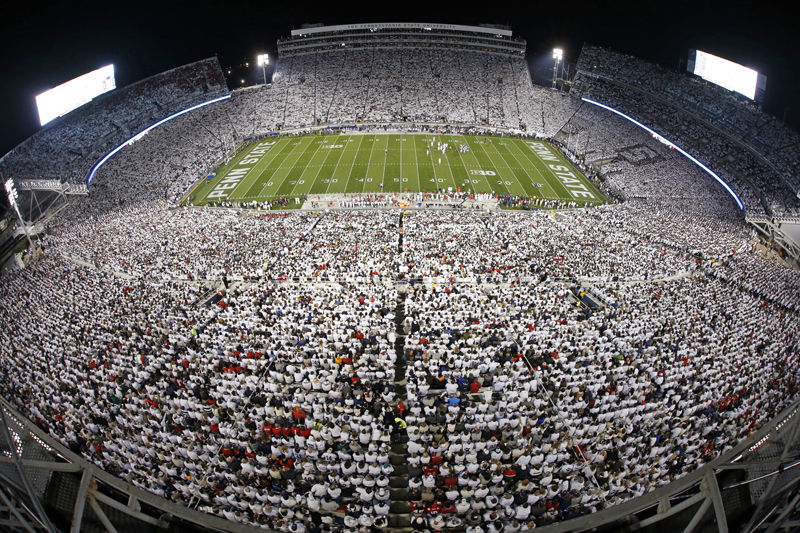 The Associated Press This photo, taken with a fisheye lens, shows a sellout crowd of more than 107,000, mostly wearing white, as part of a “white-out” at Beaver Stadium in State College.

Fans will once again gather for tailgate parties in the parking lot surrounding Beaver Stadium before football games this fall.

The Associated Press This photo, taken with a fisheye lens, shows a sellout crowd of more than 107,000, mostly wearing white, as part of a “white-out” at Beaver Stadium in State College.

The general public was prohibited from attending Penn State athletic events in 2020.

“We are excited to welcome our 107K strong back in Beaver Stadium and full capacity at our other athletics venues this fall with the adjustments in university, local, state and CDC guidance,” said Sandy Barbour, Penn State vice president for intercollegiate athletics, in a statement. “Our fans are a true home-field advantage for all of our teams and the 2020-21 season was not the same without them in our venues.”

Wallingford resident Mike Smith learned of the announcement early Tuesday afternoon. Smith, 66, has followed Penn State football since 1970, and he last attended a game at Beaver Stadium in 2017.

“I think it’s great news,” Smith said on Tuesday. “It’s great for Penn State fans, and it’s a definite boost to the football team when you have a full stadium, especially a White Out. It’s a big plus for Coach (James) Franklin and his team.”

“I think the quarterback issues were the biggest problem they had, but having no fans in the stadium affected Penn State a lot, but I also think a lot of the other teams like Michigan and pros — like the Eagles — there was definitely a difference,” Smith said of the team’s struggles last year.

Tuesday’s announcement was well-received by the Penn State coaching community, as Franklin and running backs coach Ja’Juan Seider shared tweets on social media expressing their excitement about full-capacity crowds for the 2021 season.

Although Bellefonte resident Brian Meader considers himself a passionate Nittany Lions fan, Tuesday’s announcement won’t have much of an impact on his viewing preferences this fall. Meader said he prefers the convenience of watching football games from the comfort of his home.

“To be honest, I’m a big fan, but I’m not nuts about going to the stadium, anyway,” Meader, 74, said with a laugh. “My wife (Cynthia) is, and she likes to go. We’ve talked about it, and if she gets a chance, she’ll go this year. I really like sitting in my chair, either inside or outside, have my beer, and it doesn’t take me half an hour to use the restroom.”

While the news of Penn State’s fan capacity at its athletic venues didn’t move the needle too much for Meader, the athletic department’s information regarding pregame activities did. One of the aspects of football Saturday’s in Happy Valley he missed last year was Penn State’s robust tailgating scene.

“It’s so large, and the camaraderie is fantastic,” he said. “We know some people who have a motor home, so we hang out there and that makes a really nice environment.”

While Smith lives nearly 200 miles away in the eastern region of the commonwealth, he hopes to make the trek to Beaver Stadium this fall.

“If I can get tickets, I’ll probably try to get up to at least one game,” Smith said.

Penn State began allowing a segment of fans back inside Beaver Stadium in April for two open scrimmages/practices. Freshmen were allowed to attend the first event, while the athletic programs opened it to a limited capacity general public on April 17.