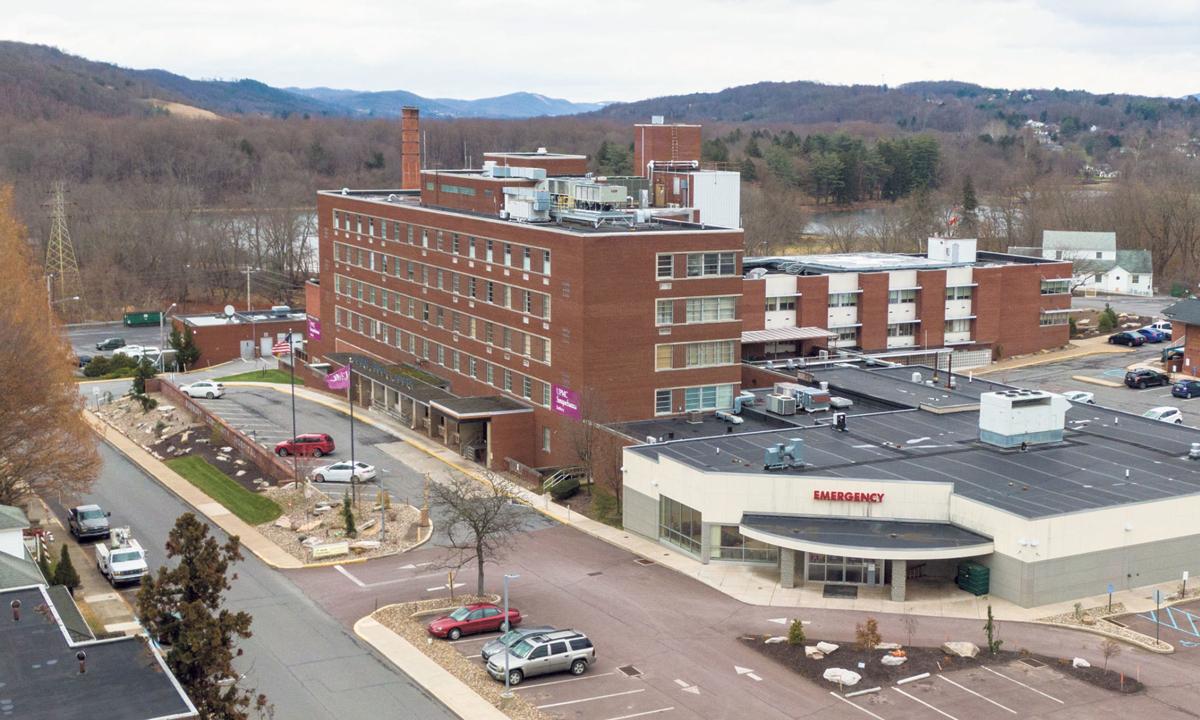 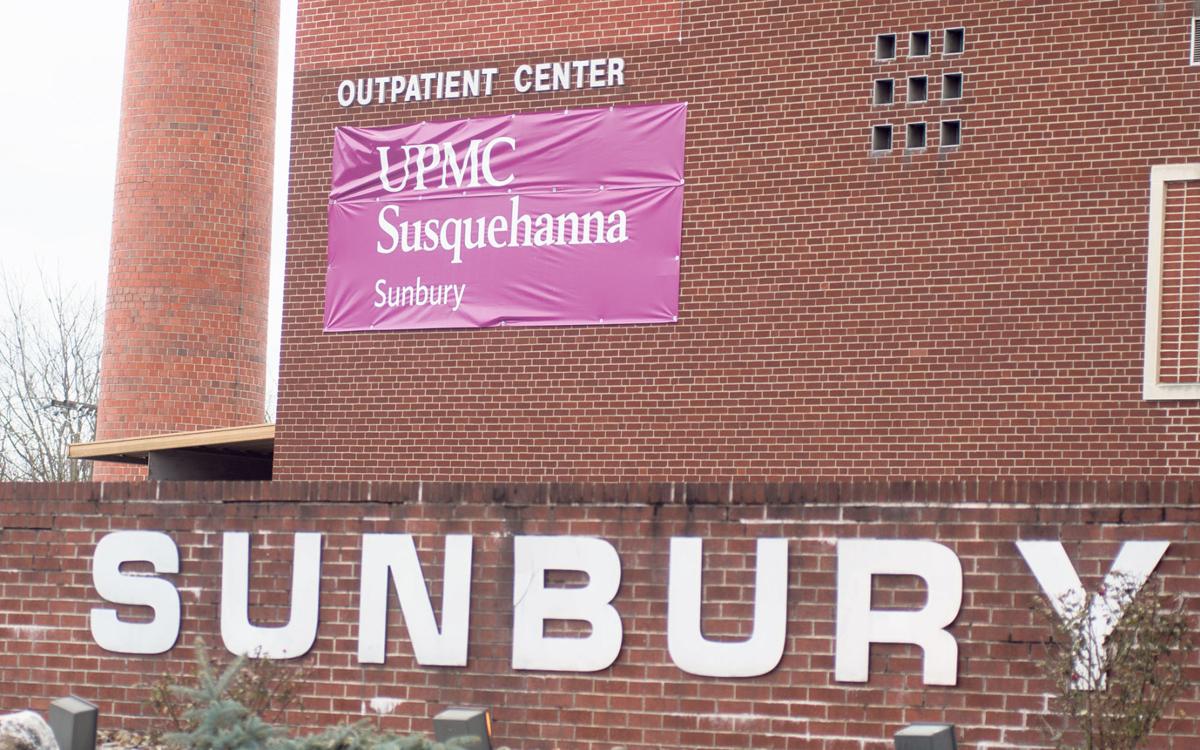 A UPMC Susquehanna banner on the former Sunbury Community Hospital. 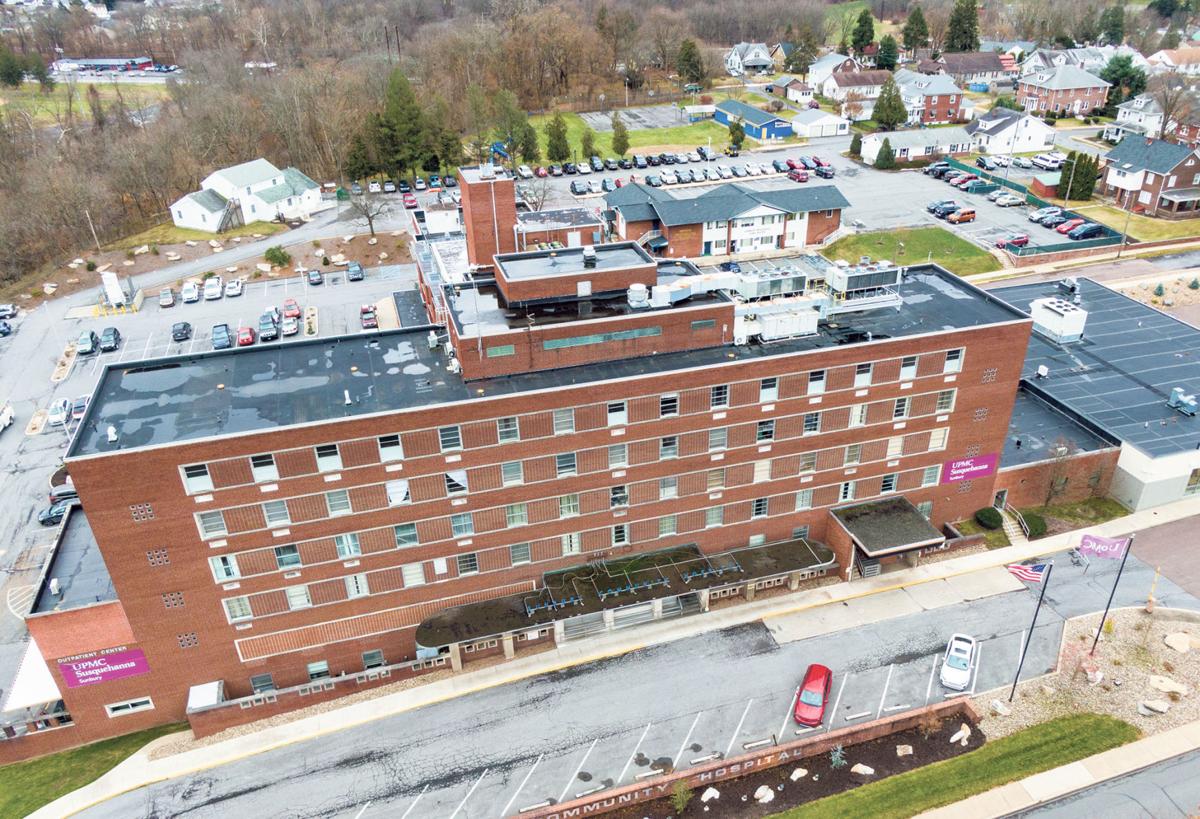 A UPMC Susquehanna banner on the former Sunbury Community Hospital.

UPMC Susquehanna’s plan to close its Sunbury hospital in 2020 shocked and angered city officials, who said they were unaware of the pending shutdown that would eliminate about 150 jobs locally.

The decision to close the Sunbury hospital on March 31, announced Thursday morning by Steven Johnson, president of UPMC Susquehanna, would leave Sunbury without a hospital for the first time in 125 years.

UPMC Susquehanna Sunbury bought the former Sunbury Community Hospital in 2017. The 63-bed North 11th Street facility employs 153 workers, according to city tax records. The hospital said another 30 workers at the hospital are employed on a contract with Aramark, a company that provides food service, facilities and uniform services to hospitals.

Steven Johnson, hospital president, said the decision to close was made in part because "patients are utilizing facilities other than UPMC Susquehanna Sunbury for their care."

The hospital’s market share in Northumberland County in 2018 was just 4 percent compared to 77 percent for Geisinger and 19 percent for Evangelical Community Hospital, according to Pennsylvania Healthcare Cost Containment Council data cited by UPMC Susquehanna.

“This decision was made with careful consideration and analysis of the use of hospital services in the region. According to market data, patients are utilizing facilities other than UPMC Susquehanna Sunbury for their care. UPMC must prudently examine opportunities to integrate and consolidate functions balanced against the needs of the community,” Johnson said.

The hospital building’s future use remains unknown. A statement announcing the closure said UPMC Susquehanna hasn’t finalized plans for the building and grounds.

UPMC Susquehanna pledged to “retain and incorporate as many Sunbury employees as possible” within its hospital network and will also work with other health care facilities in the Valley to assist the workers in finding new jobs locally.

Internal meetings were held hourly Thursday at UPMC Susquehanna Sunbury to discuss the closure with employees, according to Communications Manager Tyler Wagner.

“We’re holding staff meetings every hour,” Wagner said. “Making sure we’re reaching out to them one on one and making sure they have all the information they need.”

City officials said they had no advance warning the hospital would shut down.

Mayor Kurt Karlovich railed against the hospital, a nonprofit, calling into question “whether profits are not, in fact, the sole issue of concern to this entity.”

"I am honestly distressed to have to learn this fact through the media and not through a courtesy notice from UPMC. In fact, city officials have been in recent contact with senior staff members at UPMC discussing their involvement with the city’s community and economic development plans. No indications were given about an imminent closure," Karlovich said.

Karlovich said he’d organize a community committee to explore possibilities to ensure the “provision of ongoing medical services, including both mental health and addiction services.”

“It is my sincere hope that another medical entity will step in and take over where UPMC has decided to step away, and I will do everything in my power, starting today, to see that this becomes reality,” Karlovich said. “Sunbury needs this hospital, obviously much more than UPMC needs our community.”

Jody Ocker, the Sunbury city administrator, said UPMC's Robert Kane, president of the system's Williamsport hospital, contacted City Hall at 9:22 a.m. Thursday — after the public announcement had been made.

"This is so critical to Sunbury," City Councilman Jim Eister said. "This is a serious situation for our residents and the surrounding communities."

Ocker and Eister both echoed Karlovich's anger that city officials weren't made aware of the pending closure before it was announced publicly.

“In a face-to-face meeting I had earlier this year with representatives of the hospital, it appeared the hospital was doing very well," Bendle said.

Klingerman, a principal owner of Sunbury Community Health & Rehabilitation Center, an independent skilled nursing and short-term rehabilitation center that operates within the hospital building, said he learned about UPMC’s planned closure on Thursday just as the public did.

However, he said the closure shouldn’t affect the nursing center’s operations.

The company has a 25-year lease, effective since 2013, and experienced three different owners since its inception, he said.

Klingerman said he’s received no information that the planned closure would impact that lease and he expects Sunbury Community Health & Rehabilitation Center to operate inside the hospital building beyond March 31.

“It’s really business as usual,” Klingerman said. “We’ll continue to operate and provide the best care we can to residents.”

The nursing center receives the majority of referrals from Geisinger and Evangelical hospitals, Klingerman said. He said he’ll call the relatives and caretakers of each nursing center resident to explain the situation.

The Sunbury hospital’s roots date to 1895 when a former Victorian mansion on Purdy Street, between Catawissa and Fairmount avenues, was converted into Mary M. Packer Hospital.

The current facility on North 11th Street was built for $1.61 million, according to The Daily Item’s coverage of the hospital’s dedication on July 8, 1951.

UPMC Susquehanna acquired the former Sunbury Community Hospital from Quorum Health, a Tennessee corporation. UPMC took over Oct. 1, 2017. The Sunbury hospital was joined in acquisition by a hospital in Lock Haven. The two additions pushed UPMC Susquehanna, based in Williamsport, to a six-hospital system.

UPMC Susquehanna is an affiliate hospital of UPMC, a $20 billion health care provider and insurer based in Pittsburgh.

During that fiscal year, which ended June 30, 2018, the Sunbury hospital admitted 429 acute and 259 behavioral health patients, totaling 3,096 patient days. It had 23,995 outpatient visits that year, according to the federal tax filing.

As a nonprofit entity, UPMC Susquehanna Sunbury this year sought tax-exempt status for the Sunbury hospital. Assessed at $2,399,200, the hospital currently pays a combined $371,800 in property taxes to the city, county and the Shikellamy school district. The county tax assessment board turned down the hospital’s petition. UPMC Susquehanna Sunbury filed an appeal to Northumberland County Court that remains pending.

“Many people in this area including me were born there and have received great care from the people who work there now and over the years," Culver said. "My first concern is for the employees and the patients currently receiving care there and those who will need to find care in the future.”

Congressman Fred Keller, R-12, said he’s been in touch with UPMC and that his office is monitoring the situation.

“It is unfortunate any time a hospital closes in a rural area, and I’m committed to working to ensure that the residents of Sunbury and the surrounding region continue to have access to quality healthcare,” Keller said.

Kendra Aucker, president and CEO of Evangelical Community Hospital, said the Lewisburg-based hospital would look to take on some of the UPMC employees seeking new jobs.

“Sunbury Community Hospital has a long history of serving the members of our community well,” Aucker said. “Any closure of this magnitude impacts everyone. Fortunately, this region is rich with excellent health care providers. At Evangelical, we will work to ensure the health and wellness needs of the Sunbury community continue to be met and we will work with UPMC to match impacted employees with openings in our organization.”

“Healthcare is all about people, and we are thinking of the patients and employees affected by the Sunbury Community Hospital announcement.," added Dr. Jaewon Ryu, Geisinger president and CEO. "Geisinger has long cared for the people of the Central Susquehanna Valley, including at multiple locations in and around Sunbury, and we will continue to be there for them.”

Eighteen rural hospitals across the country have closed their doors in 2019, according to the Center for Health Research at the University of …