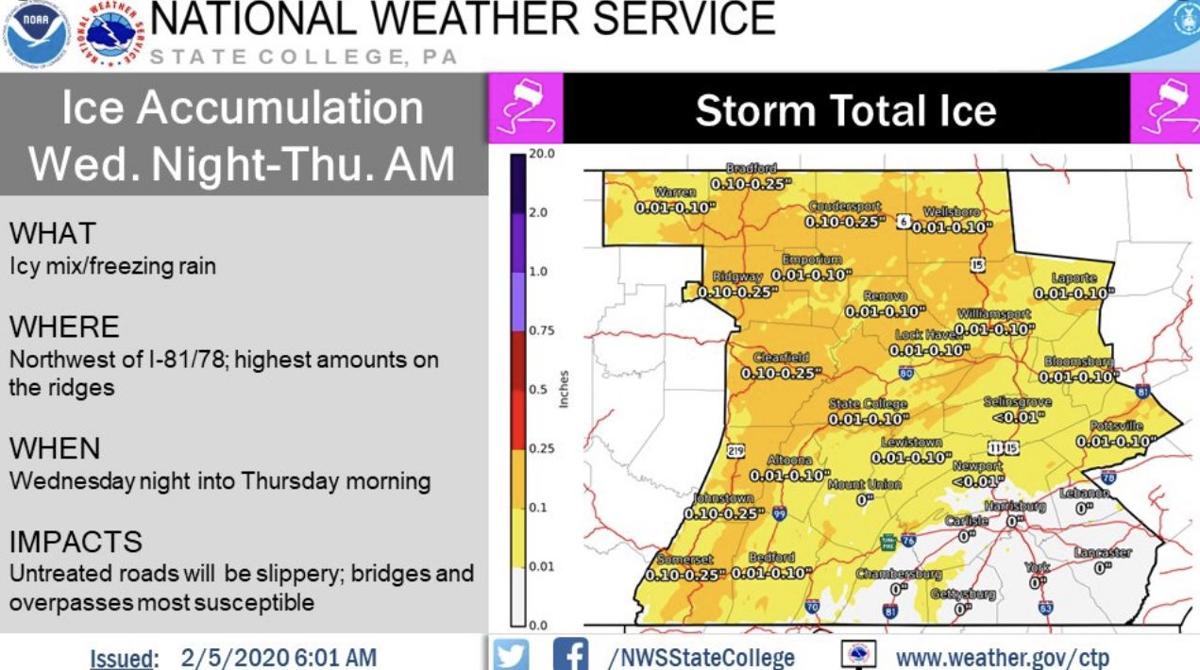 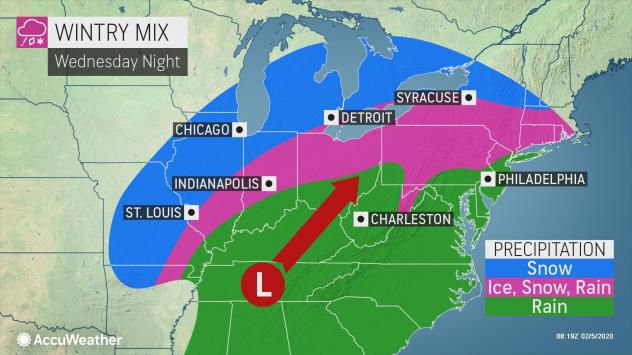 A Winter Weather Advisory will go into effect tonight with ice, snow and sleet accumulations forecast across Pennsylvania and PennDOT crews are preparing to work on roads when winter precipitation begins.

The advisory goes into effect at 8 p.m. and runs through 10 a.m. Thursday according to the National Weather Service.

Mixed precipitation is expected throughout central Pennsylvania. Total snow accumulations of up to an inch and ice accumulations around one tenth of an inch are expected.

The National Weather Service says bridges and overpasses will be most susceptible to slippery conditions.

According to PennDOT, "Falling temperatures combined with the wintery mix could result in slippery and dangerous road conditions. Freezing rain could accumulate between a trace to 0.10 inches with as much as 1-inch of sleet in the northern counties. These conditions could result in black ice and downed trees, even on treated roadways."

According to AccuWeather, "Mild conditions will hold along the mid-Atlantic coast and in southeastern New England, but colder air has returned to the interior Northeast and will have consequences in terms of wintry precipitation across parts of the central Appalachians and the northern tier."

This is a developing story. Check back for updates.