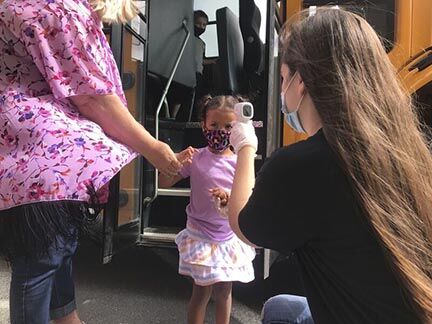 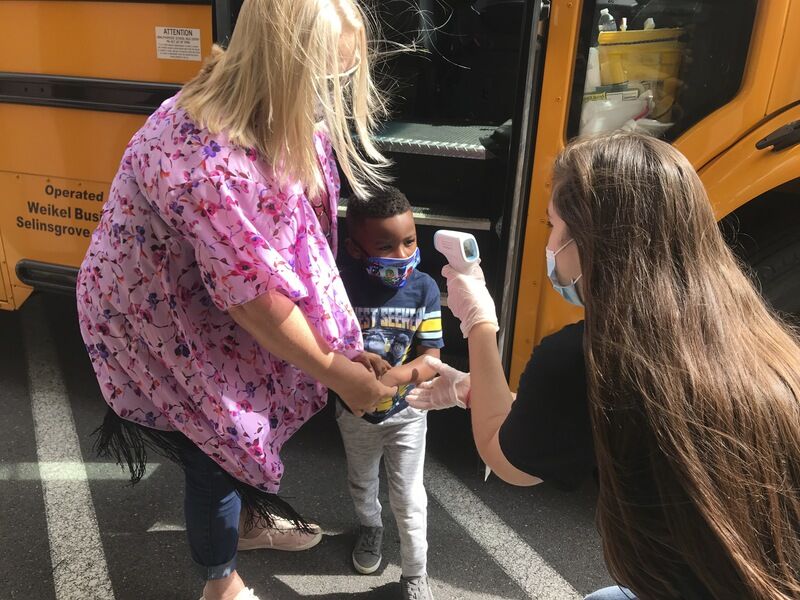 LEWISBURG — The extra cleaning and attention to social distancing required of child care workers during the COVID-19 pandemic is delaying the reopening of Valley centers to full capacity.

"We're at 75 percent capacity now and choosing not to open fully just because of all the work that has to be done, such as temperature-taking and cleaning," said SUMMIT Early Learning Executive Director Doug Bertanzetti.

He spent a day working with toddlers at the Lewisburg child care center last week and learned first-hand what employees have to do to keep children and staff safe.

As the children were being put down for a nap after spending time outdoors in the play yard, Bertanzetti cleaned the recreational equipment they had just used.

"While I spent a half-hour cleaning the playground, it took three of them to put the kids down for a nap," he said, of the process of setting up mats six feet apart and laying the children down head-to-toe.

After cleaning each mat, lunch was served to the children who sat apart and facing one way. Before they went back outside, sunscreen was applied to each child by a staff member wearing a glove.

All of the safety precautions are time-consuming but worth it, said Bertanzetti.

According to the Pennsylvania Department of Human Services website, as of Friday 115 children enrolled in a licensed child care facility have tested positive for COVID-19 since March. Less than five of those cases are in Snyder County.

There have been 175 positive cases among child care workers in that same time frame, with less than five cases each reported in Northumberland and Montour counties.

"We'll look to increase the capacity of some classes when we can," he said.

Head Start teacher Celest Klinger said children have responded well to the new rules, which include wearing masks, frequent hand-washing and maintaining distance from one another.

"They've adapted really well. No one's giving hugs and they keep their hands to themselves," she said, adding that parents have noticed a favorable change in their children's behavior since they've been in school. "They need the socialization."